Slovakia's stock market has long lagged far behind its neighbours' bustling bourses (see table below). A lack of foreign interest and capital are daily in evidence on the breezy, empty trading floor of the Bratislava Stock Exchange.
While the current government has been making noises about passing legislation to fix the problem and revive the market since last year, a recent decision not to allow trading in shares of valuable state-owned firms has left market participants downcast. 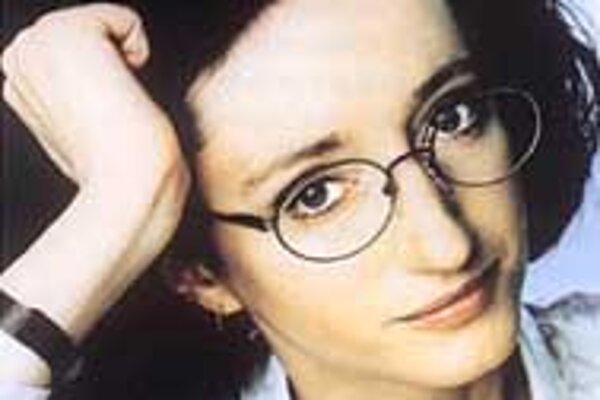 Font size:A-|A+  Comments disabled
Slovakia's stock market has long lagged far behind its neighbours' bustling bourses (see table below). A lack of foreign interest and capital are daily in evidence on the breezy, empty trading floor of the Bratislava Stock Exchange.

While the current government has been making noises about passing legislation to fix the problem and revive the market since last year, a recent decision not to allow trading in shares of valuable state-owned firms has left market participants downcast.

The market had long anticipated a government plan to allow the exchange of 33 billion Slovak crowns in National Property Fund (FNM) bonds for shares in strategic state companies on the stock market. But their hopes were dashed on January 26 when the government announced it would pay off the bonds in cash (see related story, below).

Under the bonds-for-shares plan, foreign portfolio investors would have been able to buy up chunks of these bonds from citizens and then exchange them for valuable shares, which would have created much needed liquidity on the stock exchange.

Instead, the government has now calculated it will receive more money from selling state property directly through public tenders to strong foreign investors than from floating shares on the market. Capital market analysts expressed disappointment in the decision, and were doubtful that the stock exchange would be lifted from its lethargy this year.

"The government is focused more on privatisation and the revenues that come from it, which they think will be higher if they offer a bigger stake in strategic companies to one investor rather than to several portfolio investors on the capital market," said Olga Dlugopolská, head of the analysis and statistics section at the Bratislava Stock Exchange (BSCE).

Dlugopolská said this decision meant that the short-term future of the capital market was bleak. She was supported by Michal Kustra, an equity analyst with Tatra Banka, who said the government hadn't kept its promise to support the revival of the stock market. "The exchange of FNM bonds for shares would have been a huge event for the capital market," Kustra said.

Government experts gave the decision a positive spin, saying that they were planning other and more effective ways to revive the capital market.

"The government plans to offer 15 to 30% stakes of state-owned companies to portfolio investors in public tenders," said Michal Horváth, head of the capital market section at the Finance Ministry. "This way we can revive the capital market rather than force people to take shares of strategic companies as compensation for bonds."

Horváth explained that portfolio investors would then trade on the stock market with these shares. The proposal will be clarified later in February when the government decides on the size of each stake to be privatised in the remaining state companies, and how much of each stake will be offered on the stock market. The big prizes include Slovak Telecom, gas utility SPP, the state banks VÚB and SLSP, the Slovnaft oil refinery and steelmaker VSŽ.

Tatra Banka's Kustra still believed the government had a chance to revive the capital market based on its February decision. "If they decide that some percentage of attractive strategic companies will be traded on the capital market through several portfolio investors, which of course get it in public tenders, they can help the market considerably," he said. Dlugopolská also said that the upcoming decision was the last chance the government had to revive the failing BSE this year.

But the one recent example of the government's new way of thinking - offering a 15% share of Slovak Telecom to the European Bank for Reconstruction and Development (EBRD) - didn't impress analysts.

"This decision is a far cry from allowing portfolio investors to come and trade shares on the market," said Kustra. "If their [the government's] February plan is similar to what they decided to do with Slovak Telecom, then it won't help the capital market at all."