The Slovak government's energy policy, approved by cabinet on January 12, needs only one element to be complete - a decision on whether the third and fourth block of the Mochovce nuclear power plant should be completed as planned. Mochovce has been painted as an energy goldmine by its supporters, but opponents think it's a waste of money and have adduced convincing evidence to back up their case.
The completion of a plan for Slovakia's energy sector is a vital part of the government's long-term economic development aims, which include deregulating energy prices as a condition for Slovakia's entry into the European Union. 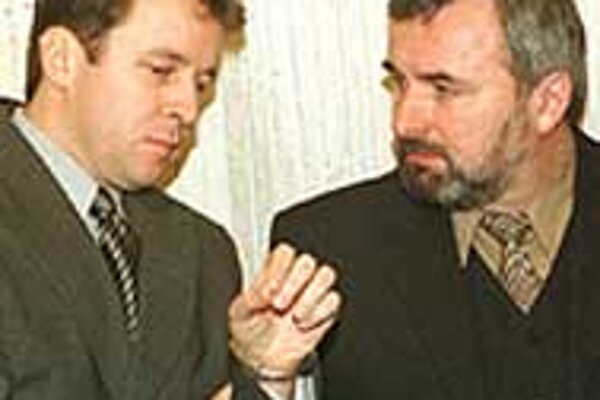 Font size:A-|A+  Comments disabled
The Slovak government's energy policy, approved by cabinet on January 12, needs only one element to be complete - a decision on whether the third and fourth block of the Mochovce nuclear power plant should be completed as planned. Mochovce has been painted as an energy goldmine by its supporters, but opponents think it's a waste of money and have adduced convincing evidence to back up their case.

The completion of a plan for Slovakia's energy sector is a vital part of the government's long-term economic development aims, which include deregulating energy prices as a condition for Slovakia's entry into the European Union. The last document outlining Slovakia's energy policy was drawn up by the former government of Vladimír Mečiar in 1997; since then, Slovakia's drive towards western alliances has reshaped thinking on how the country should look after its energy needs.

"This is the first time energy policy takes into account Slovakia's aspiration to enter the European Union and transform itself to meet the needs of this market," said Jozef Urmín, the head of the energy conception and regulation department at the Ministry of Economy.

The main pillars of the Dzurinda government's energy policy, which has publicly debated since June 1999, include liberalising electricity and gas prices and reducing Slovakia's oil and gas dependence on Russia. The new policy includes proposals to import natural gas from northern Europe through the Czech Republic and Poland, as well as crude oil from the Austrian OMV refinery located near Slovakia in the village of Schwechat.

Mochovce - a hard nut to crack

Whatever divisions exist over the stated aims of the energy policy, they are minute compared to the clash over the fate of the Mochovce nuclear power plant. The plant needs a further investment of 30 billion Slovak crowns ($714 million) to complete its third and fourth reactor blocks, into which 14 billion crowns has already been poured in construction costs. Another 50 billion crowns ($1.2 billion) has been spent on building the first two blocks, which came on line in 1998 and 1999.

Although the government has come out against finishing the plant in its latest statement, it has given Economy Minister Ľubomír Harach until March to come up with a proposal listing all the pros and cons of the project. The ministry in turn expects state energy monopoly Slovenské Elektrárne (SE) to provide data and arguments on whether Mochovce should be finished.

SE has recently begun a strong pro-nuclear campaign to persuade the public of the advantages of nuclear energy. The campaign has predicted a potential energy shortage in the country when Slovakia's other nuclear power plant, western Slovakia's Jaslovské Bohunice, is closed between 2006 and 2008 as promised to the European Union. The SE blitz has also stressed the environmental benefits of nuclear energy, which the utility maintains can cut carbon dioxide emissions.

But the strongest argument for the completion of the plant, according to SE, is the utility's expectation that energy consumption in Slovakia will increase at a steady pace, creating energy needs that can only be sated by Mochovce's cooling towers. In reality, Slovak energy consumption has decreased since 1996 and has come nowhere near SE's projections (see graph).

So far, the Economy Ministry has been unimpressed with SE's efforts. "SE hasn't provided persuasive arguments for finishing the Mochovce power plant so far," said Urmín. "According to the ministry's calculations, it's not worth finishing the final two blocks at Mochovce."

"To continue with this nuclear policy is like adding fuel to the fire," said Martin Barto, head of the strategy division at the state-owned bank Slovenská Sporiteľňa. "When the plant is finally finished, the time will come when common taxpayers have to pay for a project that has zero chance of future return."

According to Barto, SE is forcing the government to fund its activities with taxpayer money. "Why is the Economy Ministry waiting for SE's arguments? They [the government] should have asked an independent party to come up with these calculations. For SE, it's only an expansion of the collective interest of its management, nobody else," Barto said.

Ľubica Trubíniová, the head of Greenpeace in Slovakia and an expert on energy policy, said that SE shouldn't consider further investments in Mochovce if it wanted to be economical. The utility would be better off investing in more efficient projects like gas turbine generators. "When I look at it from their point of view, they are in favour of Mochovce because the government always pays for their losses," Trubíniová said.

According to both analysts and government officials, the pro-nuclear lobby in Slovakia is a powerful force. "There are a lot of suppliers engaged in construction of the power plant. There are a lot of investors that try to lobby for finishing of both blocks because they are aware of their losses if the blocks are not finished," Urmín said.

He was supported by Trubíniová, who added that foreign investors often see eastern Europe as a place to make profits impossible in the West. "This is the reason why the EU doesn't pressure Slovakia to make a decision on Mochovce. They have problems with their own powerful pro-nuclear lobby too," Trubíniová said.

Apart from the Mochovce issue, analysts were generally pleased with the government's new energy policy. Non-government organisations actively participated in the public energy policy debate for the first time, and praised the Economy Ministry for its active co-operation and its willingness to include their comments in the draft of the document. According to Greenpeace's Trubíniová, it was important that the energy policy included a strategy to end state monopolies and liberalise the energy sector.

"We are very happy to see this in the document because we feel that it's necessary to cancel the monopoly of big state-owned companies like electricity producer SE," Trubíniová said. Greenpeace also apprived of planned privatisations in the energy sector, which they said would lead to liberalisation of the market. "These are definitely some of the most important long-term economic goals," Trubíniová said.

In the plan, the Ministry of Economy is upbeat about an increase in energy consumption in the future. "We believe that growth of consumption goes hand in hand with GDP growth, which we expect to see," Urmín said.

But Barto flatly refuted this prediction, explaining that economic restructuring and transformation was not about making investments into unprofitable heavy manufacturing that would increase electricity consumption. Instead, Barto thought that the energy policy should take into account a reduction in energy consumption rather than unrealistic ideas about its growth. "This is where the government's economic policy doesn't fully follow their plan for mid-term economic development, " he said.