Judging from their recent statements, Slovak public officials are clearly at their wits' end where the country's Romany population is concerned.
Groups of Slovak Romanies have been on the move again in January, arriving in Helsinki in a steady stream to demand asylum. According to Foreign Ministry spokesman Boris Gandel, 68 Romanies had arrived in the Finnish capital by January 4, after over 1,400 applied for asylum in Helsinki in 1999. The Finnish government was to decide whether to reintroduce a visa requirement for Slovaks on January 13. 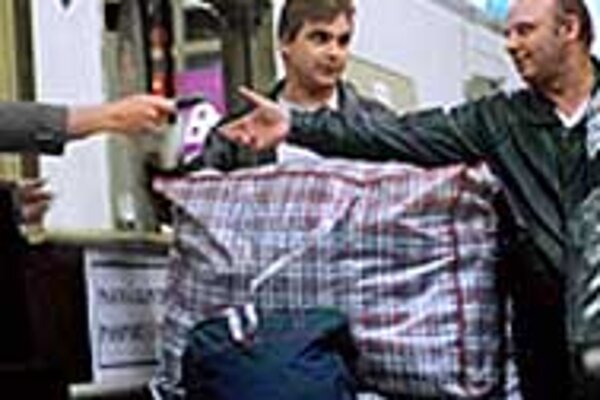 Font size:A-|A+  Comments disabled
Judging from their recent statements, Slovak public officials are clearly at their wits' end where the country's Romany population is concerned.

Groups of Slovak Romanies have been on the move again in January, arriving in Helsinki in a steady stream to demand asylum. According to Foreign Ministry spokesman Boris Gandel, 68 Romanies had arrived in the Finnish capital by January 4, after over 1,400 applied for asylum in Helsinki in 1999. The Finnish government was to decide whether to reintroduce a visa requirement for Slovaks on January 13.

Although European Union officials regard the 'Romany problem' as an issue concerning the entire region, and have reassured Slovakia that the current exodus will not hurt the country's chances of joining the EU, Slovak politicians are clearly feeling the pressure to stem the tide.

Deputy Foreign Affairs Minister Jaroslav Chlebo suggested on January 3 that the Slovak government should penalise Czech Airlines (ČSA), which many Slovak Roma have used to travel to Finland.

"We can't allow a private company like Czech Airlines to damage Slovak state interests," Chlebo said. "They earn money [on the tickets they sell to migrating Roma] and then we [the government] must get these people back. We will examine all arrangements the government could take in response to the activities of private companies."

Chlebo's statement found no support among his Foreign Ministry colleagues, however, with MFA spokesman Gandel on January 4 calling the Deputy Minister's suggestion "his own private opinion" and not one the ministry shared.

ČSA spokesman Jan Barták also protested on January 4 that "we don't divide our customers according to their nationality or race. We just make sure all our passengers meet the demands set out by their countries of departure, transit and arrival. Unless Slovakia or some other country changes its immigration legislation, we can't refuse to transport any group of people. That would be discrimination."

Ironically, ČSA was fingered by the Czech news agency (ČTK) on October 19, 1999 as customarily marking the letter 'G' (for 'Gypsy') on the tickets of passengers they believed to be of Romany origin. The practice was meant to warn British customs officials of potential asylum seekers, although Ladislav Weiner, the airline's chief representative in London, said the policy had been discontinued in the spring of 1999.

Chlebo wasn't the only Slovak politician advocating radical solutions to the Romany exodus in early January, however. Popular member of parliament Róbert Fico, who at the end of 1999 left the SDĽ ruling coalition party and established a new faction called Smer ('Direction'), proposed that Slovaks who applied for political asylum in order to take advantage of the financial support given to asylum seekers in Europe be cut off from receiving Slovak social benefits like unemployment or welfare payments.

"We can't hide from the problem of economic tourism by some Slovak Romas, who are damaging the interests of Slovakia abroad," Fico said at a press conference on January 9, adding that the Roma were disciminating against other Slovaks by forcing foreign countries to introduce visa requirements.

"I think that statement was a little silly," said Jan Marinus Wiersma, a member of the European Parliament and the official correspondent for the EP's Foreign Committee. In an interview with the Sme daily newspaper during his official January 10-11 visit to Slovakia, Wiersma added that "if Mr. Fico has the feeling that he is being discriminated against, he should turn to the police or to the courts."

Juraj Hrabko, director of governmental Office of Human Rights and Minorities, was even more outspoken, labelling Fico's words as racist. "Words like 'parasite' and 'discrimination' are typical elements of racist speeches. These statements are ordinary populism whose goal is to build support for the political party of which he [Fico] is chairman," Hrabko told the Pravda daily paper on January 10.

Although political rights and the overall situation of minorities are one of basic criteria set for membership in the EU by the Copenhagen summit in 1993, Slovakia has recently been reassured by several high-level EU officials that Roma migrations will not complicate the country's EU entry bid - for now.

Wiersma, as have other EU officials before him, reiterated the Union's view that the Romanies' problems in Slovakia were economic rather than ethnic, and suggested that an international working group be formed between Slovakia, the Czech Republic, Hungary, Poland, Romania and the EU to find a long-term solution to the issue. "This problem can't be solved in one year,' he said.

But Vladimír Bilčík, an analyst with the Slovak Foreign Policy Association, warned that Slovak politicians should not relax in their efforts to convince the Roma to stay at home. "As a percentage of the entire population, the Romas in Slovakia are the largest Roma community in central Europe," he said. "Solving this problem should be one of greatest political priorities of the Slovak government. While it isn't a key issue for the EU in evaluating Slovak readiness [to join the Union], underestimating its relevance would be a big mistake."