Most Slovak companies have yet to awaken to the vast potential of e-commerce, the transacting of business via the Internet. This is hardly surprising: a September, 1998 survey by the Slovak Academic Network reported that a mere 2.5% of Slovaks use the Internet on a regular basis.
Nor has the popularity of e-commerce been helped by the fact that 23% of Slovaks
have never heard of the Internet, while nearly 65% don't have access. 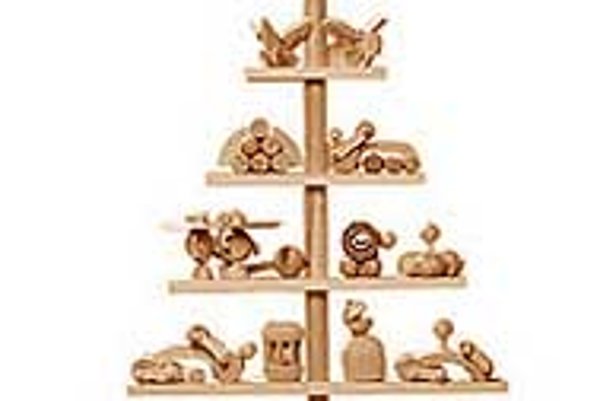 our international clients, and the web is the main tool."

Most Slovak companies have yet to awaken to the vast potential of e-commerce, the transacting of business via the Internet. This is hardly surprising: a September, 1998 survey by the Slovak Academic Network reported that a mere 2.5% of Slovaks use the Internet on a regular basis.

Nor has the popularity of e-commerce been helped by the fact that 23% of Slovaks have never heard of the Internet, while nearly 65% don't have access.

Slovak firms are generally no more impressed with the Internet than the public. A mailer sent out to 216 businesses by internet provider Global Network Services in March, 1999 elicited only two responses - one of them asking what the Internet was.

But despite the gloomy state of Internet awareness, a few Slovak companies are beginning to test e-commerce waters. Click onto www.slovakia.net and you'll find well over 100 Slovak businesses selling everything from satellite systems to copy machines. But don't expect to be able to purchase anything while sitting comfortably in front of your keyboard, for the bulk of these sites are for advertising purposes only, and the displayed goods and services are not available through on line ordering.

Bauke van Daalen, senior manager at the business consulting firm KPMG, said that the predominance of advertising sites among Slovek e-commerce users is normal for a country in the first stage of integration into e-commerce.

Van Daalen explained that Internet advertising is ideal for small companies which can not afford expensive media campaigns to promote their products.

"I think that online advertising is effective in the sense that it doesn't cost a company a lot of money to do it, and you certainly have presence - people have access to you. But whether it really has a significant impact on your sales is hard to tell," van Daalen said.

One businessman taking advantage of the exposure possible on the Internet is Karol Krčmár, a designer of small wooden toys and trinkets. His website www.carlo.dizajn.sk features an assortment of his creations available for sale at locations around Bratislava. Krčmár's website is at stage one of the maturity model, and serves to advertise his wares to the general public.

On line since 1996, Krčmár said that his business has attracted new attention through the web from far beyond Slovakia's borders. "My provider told me that within the first few days we went on line, more than 600 people checked it [the site]. I also realised its access to the global market, because there were many Japanese looking up the site," he said.

With the greater exposure came greater demand - something for which Krčmár wasn't quite prepared. "Unfortunately for me, the website is only for advertising and promotion because the producer of the toys isn't willing to change his selling practices to deal on the internet. Because of this non-flexible thinking, we missed an opportunity to sell a lot of our toys to UNICEF," he said.

Van Daalen explained that this problem - how to make the transition between advertising to sales - is one all businesses must face when getting into e-commerce. Being on line is one thing, he said, but restructuring the way a company works to cater to an e-commerce clientele is quite another.

"I think that it's a very good thing that many companies in Slovakia are really looking ahead and they don't want to be left out of this race. But the companies have to be very careful that the basic processes of the business function properly. You have to go through the right stages," van Daalen said.

Establishing two-way electronic communication (falling short of electronic trading) with customers is the second step in van Daalen's e-commerce maturity model; companies at the third stage transacts regular business via the web, but without full electronic integration. A business is said to be mature in e-commerce when it becomes fully automated and customer purchases are directly linked to back offices and inventory control.

Softmedia, at www.softmedia.sk, is a Slovak company on the verge of stage two - establishing direct communications with its clients. The company specialises in digital video disks (DVDs) and works with a variety of business clients in the communications and entertainment-distribution field. Taking different aspects of a visual/audio medium (whether it be sound effects, subtitles, language, dubbing or interactive systems), Softmedia arranges them onto a master disk, which is copied and sold to retailers across the region. Presently, the business caters to customers across central Europe and in the United States and Canada.

Softmedia Managing Director Roman Karaba said that the nature of his business made for an easy choice when deciding whether to put his company on line.

"We use the Internet as a frequent tool for our work, we are internationally active and this is a major information tool for our clients, so it was very logical for us to have a presentation on the net. But I don't think

that the website has had too much influence on sales," he said.

But lack of interest in the advertising site has not stopped Karaba from taking advantage of the Internet's potential for his company. Presently, Softmedia is expanding its involvement in e-commerce by preparing to make its products available for purchase online. The project is slated to be integrated into the company within the next few weeks.