When the walls of communism fell across eastern Europe in 1989, foreign investors were drawn to the new market economies like moths to a flame. A decade later, however, the region has become divided between the investment-rich and the FDI-poor, as perception hardens of which countries offer a safe haven for foreign capital.
By the end of the first half of 1999, Slovakia had attracted only 3% of the foreign capital that had entered the Visegrad Four countries - Poland, the Czech Republic, Hungary and Slovakia - since 1990, placing the nation among the region's FDI 'have-nots.' 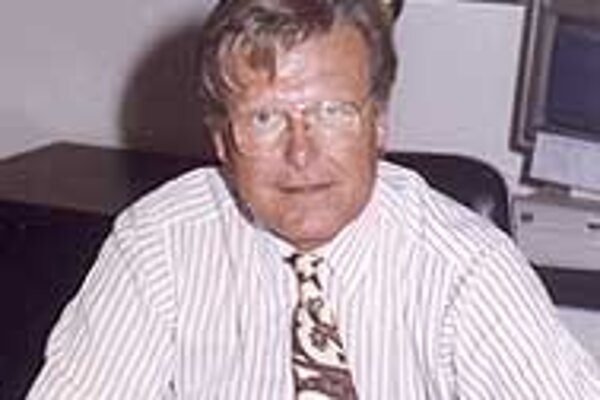 Font size:A-|A+  Comments disabled
When the walls of communism fell across eastern Europe in 1989, foreign investors were drawn to the new market economies like moths to a flame. A decade later, however, the region has become divided between the investment-rich and the FDI-poor, as perception hardens of which countries offer a safe haven for foreign capital.

By the end of the first half of 1999, Slovakia had attracted only 3% of the foreign capital that had entered the Visegrad Four countries - Poland, the Czech Republic, Hungary and Slovakia - since 1990, placing the nation among the region's FDI 'have-nots.'

Worse, Slovakia attracted 40% less foreign capital from January to July, 1999 than it did in the same period last year, despite a new market-friendly government, an investment promotion scheme, improved outlook ratings from Standard & Poor's and Moody's and the increased likelihood of membership in the EU, NATO and the OECD. Slovakia's reputation for low labour costs, an educated workforce and a responsive government also did little to lure in foreign dollars.

However, as the country gears up for a crucial EU summit in Helsinki on December 11, investment professionals say that significant investments may be just around the corner. Many of these investments, they say, may come from American firms which until now have been leery of emerging markets.

Roman Minarovič, director of the SNAZIR foreign investment agency, said that Slovakia could expect sizeable investments from two major investors from America in the near future, although he could not divulge the names of the companies involved.

"We are now working with two types of American investors," he said. "One group is in in the automotive sector, mostly connected with Volkswagen. This is a pro-active group because they must build a factory in a short time and will begin production in the first half of 2001. The second group is in the high-tech sector, but they have more time and are still in the decision process right now."

Minarovič said he didn't think the cash brought in by the two businesses would put the US, currently tied with the UK for third on the cumulative Slovak FDI chart, ahead of leaders Austria or Germany next year, but said the rankings could change if an American company were to purchase a stake in one of the larger state-owned companies currently up for sale.

Leighton Klevana, director of the American Chamber of Commerce in Slovakia, confirmed that several American companies had begun negotiations to set up shop here in the next few years.

One of the major keys in attracting foreign business, Klevana said, has been the change in the attitude of the government towards FDI.

"There is a lot of pressure on the government right now, and I think they're doing a fantastic job," Klevana said. "They're very receptive to listening to constructive criticism and working towards solutions. In the just over a year that they have been at the helm, a lot has been accomplished. Look at Germany, which had elections at the same time - they haven't had near the amount of legislation passed as here."

Another US business presently examining opportunities in Slovakia is the energy behemoth Cinergy, which is looking at acquiring a stake in Nafta Gbely, Slovakia's largest gas storage company.

Cinergy's Kevin Leahy said talks with Nafta have been put on the back burner while his company focuses on sealing deals in the Czech Republic and Poland, where negotiations are now coming down to the wire.

Regarding investment in Slovakia, Leahy said the country still had to improve the clarity and quality of legislation before it could expect a massive influx of FDI capital. "It's not completely clear how you get the deal done here - who you deal with, what are the legal requirements," he said. "A lot of those types of things are still being worked out in the Slovak Republic, which is neither good nor bad, but just the legacy of the country."

But Slovakia is heading in the right direction, Leahy said. The government has taken firm, albeit unpopular, steps to cut the current account balance and fiscal deficits, as well as to straighten out tax policy.

"We think the Slovak Republic is going to be a good place to be, and part of that is faith," he said. "What investors in general look for is certainty - anything that is as risk-free as possible, investors like it. If there's more risk, you want to be compensated for it."

Leahy's thoughts were echoed by a portfolio manager with a foreign investment firm, who spoke on condition of anonymity. "We are selling Slovakia as one of the positive stories of eastern Europe," he said. "There is a better tone to international perception of Slovakia at the moment, which shows the kind of turnaround that can happen with a market-friendly government."

The portfolio manager said he expected both FDI and portfolio investments to increase next year as US investors began to return to emerging markets after recent scares in Russian, Brazil and Asia. "The year 2000 should be a better year unless the government makes fundamental policy mistakes," he said.