TORONTO: Slovak expatriate groups in Canada held no official celebrations to mark the tenth anniversary of the end of communism on November 17, perhaps with good reason - the day holds different meaning for many Slovak Canadians, and evokes vastly different feelings among members of the community.
For some, like the Reverend Dušan Tóth, a pastor in a Lutheran church, the end of communism meant a chance to go home to Slovakia and see his relatives after a long period in exile.
Tóth had escaped to Canada with his wife, Valerie, in 1968, and faced a 10-year prison sentence if he returned to communist Czechoslovakia. His persona non grata status was heightened in 1971 when he became the secretary general of the Slovak World Congress, an international umbrella organization of Slovaks in the free world. 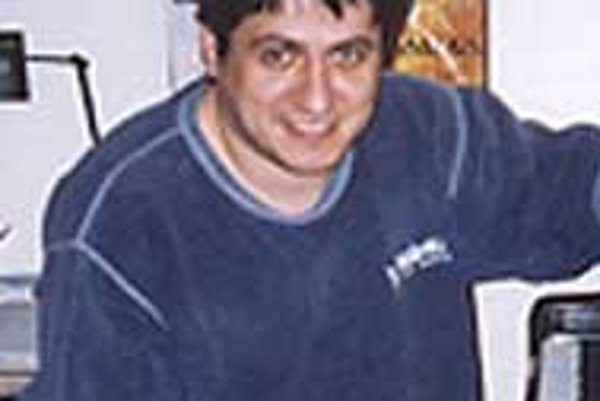 Font size:A-|A+  Comments disabled
TORONTO: Slovak expatriate groups in Canada held no official celebrations to mark the tenth anniversary of the end of communism on November 17, perhaps with good reason - the day holds different meaning for many Slovak Canadians, and evokes vastly different feelings among members of the community.

For some, like the Reverend Dušan Tóth, a pastor in a Lutheran church, the end of communism meant a chance to go home to Slovakia and see his relatives after a long period in exile.

Tóth had escaped to Canada with his wife, Valerie, in 1968, and faced a 10-year prison sentence if he returned to communist Czechoslovakia. His persona non grata status was heightened in 1971 when he became the secretary general of the Slovak World Congress, an international umbrella organization of Slovaks in the free world.

Tóth returned to Slovakia in December, 1989 to see his family and speak at the political rallies in Bratislava. The intoxicated crowds shouted "Welcome home, Dušan!" Tóth recalled, and listened intently as he told them about the Congress and its aspirations for freedom in Slovakia.

For other Slovak expatriates, like Toronto pianist and composer Peter Breiner, the revolution meant a chance to leave Slovakia and make a new start abroad. Breiner, who remains a well-known figure in Slovakia through the Javorový List ('The Maple Leaf') column he contributes to the Domino Fórum weekly, said he had wanted to leave Slovakia before the revolution, but feared the communists would take revenge on his family and friends.

"Immediately after the revolution, I applied to several different countries for permanent residence and Canada responded first, so here I am," Breiner said.

Breiner explained it was not so much the hardships he suffered under communism that motivated him to leave Slovakia, as the limitations imposed on him in his work. "I did much more work outside the country even during communism than at home," he said.

For other Slovak expats, like professor Mark Stolarík, chair of the Slovak History and Culture Department of the University of Ottawa, the end of communism meant far more than the lifting of travel restrictions - it was the first step towards Slovak independence, a goal promoted by many Slovak fraternal organisations worldwide.

"The anniversary of the Velvet Revolution does not mean as much for the Czechs as it does for the Slovaks," said Stolarík, the former president of the Canadian Slovak League (CSL). "All the Czechs really wanted was to overthrow the communists and to restore democracy. To the Slovaks, it was all of this plus home rule."

The CSL is a Slovak fraternal organization founded in 1932, a sister to the politically-orientated Slovak League of America. At the time of its founding, the CSL was designed to help Slovak expats survive the depression years and to provide cheap insurance to poor families.

Over time, however, the league acquired a distinctly nationalist flavour, with many of its members advocating autonomy for Slovakia within the first Czechoslovak federation and expressing support for the World War II government of Jozef Tiso. Stolarik said that "for many Slovaks in the League, the Velvet Revolution was significant because it was a stepping stone in the push for independence."

In February, 1990, the CSL actually sent a delegation to Slovakia to press for independence, but was frustrated, Stolarík recalled, "because the politicians were talking about everything else except independence. It was perfectly natural for them [the CSL delegates] to advocate independance after the revolution, because under the communist regime they couldn't do this. For these people who fled as political emigrées, even though they have lived in Canada for 45 or 50 years, their minds are still in Slovakia. They don't think of themselves as Canadians."

While Canadian Slovaks remember the euphoria of the 1989 revolution with fondness, others speak bitterly of the disappointments that followed.

Toronto businessman and real estate developer Dusty Miklas, who was born in Sipkové near western Slovakia's Piešťany, emigrated to Canada with his family in 1938. "When it [the 1989 revolution] happened, I thought it was a great time for Slovakia to really get back on its feet, and that's when I rushed over to see what I could do to help out," he said.

Miklas and his team came to Slovakia in early 1990 and began drafting plans for a large European-style shopping center in Bratislava. To their disappointment, the contracts were drawn up and the land secured, but the project was dropped after the financing fell through.

"I think it was way too early - we should have waited another five years," Miklas explained. "I thought the revolution would do it. I thought that once they got their own country back, so to speak, they are just gonna be like eager beavers, they are just gonna make this place work unbelievably well. It just never happened. Too many people wanted to be on the gravy train and never wanted to get off it, particularly the old commies. For the young ones to come along and change it, that's going to take at least a generation."

Now Chairman of the Canadian Slovak Board of Trade, Miklas says he is planning another trade mission for the spring of 2000. "I'm going to go over there in the spring and take a look. And if there's something worthwhile doing, yes, I will get re-involved," he said.

Reverend Tóth, for his part, speaks of the disintegration of the Slovak World Congress after a failed attempt to have the Slovak government take over the leadership of the organisation in 1990.

At one time, Tóth explained, the Congress had 164 institutional members, such as churches and fraternal groups, representing almost 1.7 million ethnic Slovaks. But when co-operation with the Slovak government failed to materialise, many Congress members left, including the fraternal organizations. "The name Slovak World Congress still exists, but it's only the torso of the Congress of before 1990," Tóth said. "I only hope that Slovaks abroad will be united into the rebuilding process of the new Slovakia."

Almost ten years after he left his homeland, Peter Breiner is one Slovak expat helping in the 'rebuilding process.' Now a famous Toronto composer, he is in a better position than ever to help his former compatriots. "My company does recordings, mostly film scores for Canadian news productions," he said, "and I'm trying to get as much work and as much of these recordings to Slovakia as I can, to give Slovak musicians a chance to make some money because they are in very bad shape right now. I travel there almost every month to record all my scores."

For the fraternal groups, however, the dream of leading Slovaks to independence has been replaced by a weary daily struggle for existence. Stolarik said that membership in the CSL had fallen since 1990, while readership of the League's newspaper, Kanadský Slovák, had dropped from 3,000 to 1,000.

"We have enough problems of our own in Canada, especially the problem of assimilation," Stolarik said. "If we don't do something to maintain our ethnic group, we're going to disappear in a generation, because we have had catastrophic losses in membership. Slovakia has to solve its own problems."