Vladimír Mečiar: No time for Harvard

Three-time Slovak prime minister Vladimír Mečiar, despite having vowed after an election defeat in 1998 to leave politics, still hangs like a sword of Damocles over the nation's international future.
In popularity polls Mečiar remains both the most hated and most loved politician, while his Movement for a Democratic Slovakia (HZDS) party leads by a solid 10% over its next most popular rival. Western diplomats have warned, however, that if Mečiar was to return to power in the September 2002 elections, Slovakia could again be ruled out of Nato and EU expansion.
Mečiar, for his part, claims that his party has rethought its policies and that the HZDS is now an ardent promoter of Slovakia's integration with the West. He says he doesn't understand why the West should continue to reject him, in light of the HZDS' recent statements. 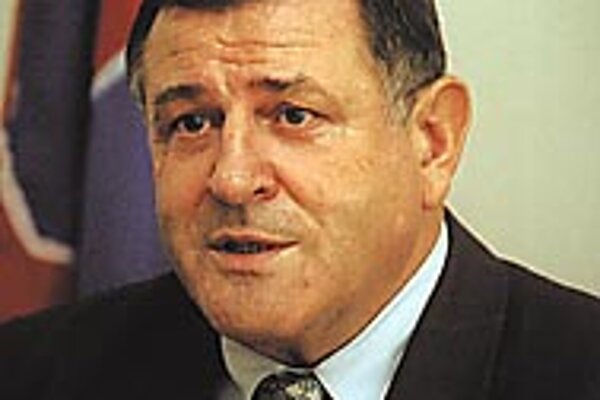 Font size:A-|A+  Comments disabled
Three-time Slovak prime minister Vladimír Mečiar, despite having vowed after an election defeat in 1998 to leave politics, still hangs like a sword of Damocles over the nation's international future.

In popularity polls Mečiar remains both the most hated and most loved politician, while his Movement for a Democratic Slovakia (HZDS) party leads by a solid 10% over its next most popular rival. Western diplomats have warned, however, that if Mečiar was to return to power in the September 2002 elections, Slovakia could again be ruled out of Nato and EU expansion.

Mečiar, for his part, claims that his party has rethought its policies and that the HZDS is now an ardent promoter of Slovakia's integration with the West. He says he doesn't understand why the West should continue to reject him, in light of the HZDS' recent statements.

The Slovak Spectator interviewed him last week at the HZDS headquarters in Bratislava. The second part of this exclusive interview will be published next week.

The Slovak Spectator (TSS): Most of our readers know you just from your tenure in the 1990s as prime minister. How did an unknown lawyer working for the company Skloobal Nemšová suddenly become interior minister in 1990?

Vladimír Mečiar (VM): After 1968, my position changed from that of a youth functionary to that of a person listed as an enemy of socialism. This made my position in communist society clear, as it did my position towards the regime that listed me as its enemy, in full knowledge of what it was doing.

During this period there was an attempt to organise some illegal work, nothing too extreme, and there was also an attempt to contact my friend Alexander Dubček, [former Czechoslovak leader] with the idea of our launching an illegal organisation. That was from 1986 to 1988. When change arrived in 1989 I took lead of the changes in the place I had been working in Trenčín.

When they were looking for an interior minister, they sought a person who was not connected with the regime, and who was educated enough to be capable of achieving something. A tender was announced, and three candidates took part. Dubček and Milan Čič [first post-communist Czechoslovak prime minister] were the ones who convinced me to take part.

I won the tender. Of course, while I had been living in Trenčín I had worked very hard to improve myself. I had studied many things, but I never imagined that the fact I understood some state administration systems would be used against me. For some people it was suspicious that half an hour after I took over the function of minister I issued my first directives.

But I think my term as minister was evaluated very positively - we destroyed the power of the Communist Party, we transformed the police corps, prepared for the first democratic elections, and began to address the withdrawal of the Soviet forces, who in the end left Slovak territory a year before they left Czech lands.

TSS: Many of your actions as interior minister however aroused fear and suspicion among your colleagues in the Public Against Violence Party [VPN] as to your motives. Leonard Čimo, who was then a senior inspector in your ministry, claimed before the Defence and Security Committee in parliament that on the basis of a direct order you issued on January 27, 1991, he stole from the Tiso Villa documents on secret collaborators who had worked with the ŠtB secret service under communism. He later was interrogated by the federal Czechoslovak police, since the Tiso Villa and the ŠtB files were federal government property. Why did you issue such an order? Whose files were removed?

VM: Mr Čimo was prosecuted for these acts, and fled to a foreign country. I demanded that this act be investigated. The attorney general's office stated, during a period when I was in opposition, that the event never happened. So it was just a legend dreamed up by Čimo, and about which he told lies.

During that time we had information that some ŠtB material was being destroyed in a building in Trenčín. I sent Mr Čimo, as the head inspector of the state inspection division, to the scene to discover if the information was true. In the building were eight functionaries who all later testified as witnesses. There was nothing there, just a bit of shredded paper. No one took or carried away anything. The entire archive is today in Trenčín. But it was at a time when elections were approaching, and it looked as if I was going to win a majority in parliament. That's why such legends were created and accepted as the truth.

TSS: Why was more not done during these early years to prevent former top communists and ŠtB members from holding top posts after 1989? A report presented on the Slovak secret service by its director Vladimír Mitro in 1999 showed that 80 former ŠtB members had been given senior secret service jobs from 1993 to 1998, 40 before 1996, when a law forbidding such hirings was in place...

VM: In January 1990 I proposed to the federal Czechoslovak Interior Minister Sacher that the ŠtB be abolished. That was done. But a mistake occurred in that the cancellation of work contracts of former ŠtB members was not handled professionally, and basically all of them kept their jobs and continued to earn state wages.

In 1990 we also were faced with the question of the Communist Party and its members. The Czech and Slovak Republics had different approaches to the matter - the Czechs basically held the opinion that these people should be actively pushed out, and that certain state functions be forbidden to them. The result was that the Communist Party there was preserved with all its internal structures.

In Slovakia we took a different path, and I admit I was a supporter of this direction. We said 'fine, let's create conditions for communists to move into other parties, let's prevent the return of the former nomenclature to state functions, and thus fracture the core of the party'. At the moment, the Communist Party has no more than 3% support. However, this transformation process allowed many former top officials through different parties to move into the leadership of the state today.

I have the feeling now that we were lying to ourselves back then - that the people against whom we fought, as two opposing camps, today occupy top posts, and again there are opposing camps. The only difference is that now they present themselves as the defenders of democracy, pro-EU integration, and we have the feeling that something went wrong somewhere.

As far as the ŠtB goes, the main question was with the use of the ŠtB archives and the moral principle of justice. The people who [forcibly] worked as ŠtB informers were mostly from a Christian background, people from 1968, people who were against the regime. Some cooperated out of loyalty, some were coerced, others didn't even know that the information they were giving would end up with the ŠtB. But our society led an active attack against these people after 1989. Today it has been shown that many people who were positively 'lustrated' [confirmed as having collaborated] were not true collaborators.

This is now under investigation in the Czech Republic. But the ŠtB itself remained untouchable. Many who left the service quietly rejoined society and today occupy very high positions in the economy, command sources of information and are very rich. Some of them much too rich. Those who led the [ŠtB] system and thus society were able to develop themselves fully, and those who were forced and threatened into working with the ŠtB were to be the only ones who faced sanction.

It is said that every revolution ultimately eats its own children. The ŠtB was led by the Communist Party, but if you take today the top 10 state posts in this country, they are all occupied by former Communist Party members. But I think the current government is the last administration in which the former names will be able to spread themselves so widely.

TSS: Strangely enough, the West today has far more confidence in the current Slovak government of former top communists than it did in your three cabinets of democrats. Does room still exist for compromise between you and the West?

VM: I don't see any room for doubts, and I don't really understand the whole thing. Of course, there was a certain period [1991] when we were criticised for having enormous support from people, over 80%. I was criticised for some abilities which have helped me overcome a lot in my life. I'm talking about a gift for speaking and attracting people, my organisational abilities. No one can say I didn't have a wider view of what I was doing. But I blame myself for something that relates to my personal life - as an enemy of socialism I got a passport for the first time in my life in 1990. So I lacked physical contact with the West and even though I knew a great deal about the West, I didn't know their habits, their forms of communication.

The second problem is my approach to diplomats. I didn't have anything against particular states or individuals. They were rather problems related to our beginnings. There are no objective reasons for anyone to doubt where I or my party are heading.

Of course, the interviews I had during this period with different diplomats varied. Not every diplomat was polite to me, many times they acted very poorly and I have to admit, sometimes I should have bitten my tongue. But it wasn't always necessary.

I told the people who had these doubts that I myself doubted if they understood this country. That is the only area which I today admit to as problematic. Of course, we behaved in some ways and should have behaved in others. But you have to remember where we came from. There was no time to study at Harvard. And the school of democracy, which developed countries had attended for hundreds of years, we had been visiting for only a few months. Given that they evaluated us according to their own criteria, we must have appeared poorly educated and not very convincing. But it was a stage in our development that couldn't have been skipped.

Next week: Nato membership, relations with Moscow and foreign investment