The Slovak government is one month away from fulfilling the final requirement on a list of energy-sector rules for countries aspiring to join the European Union in 2004 - ensuring the safety of its nuclear reactors.
At a cabinet session September 26, the government approved the proposed text of a treaty with the European Bank for Reconstruction and Development (EBRD) to shut down and decommission two reactor blocs at the atomic plant Jaslovské Bohunice in western Slovakia. The treaty is expected to be signed by November 30.
However, the treaty remains contentious and a number of politicians have objected to it on the grounds that it was not in Slovakia's national interest to close the power facility. 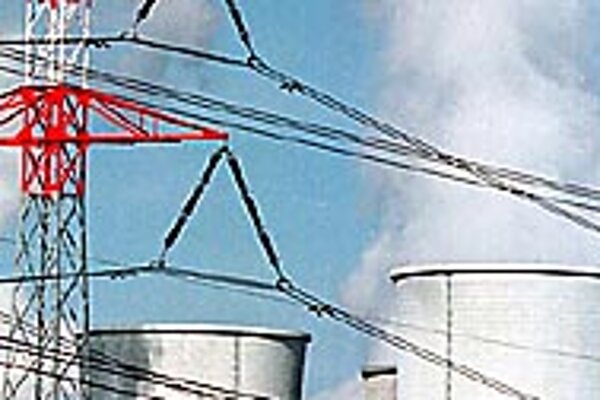 Font size:A-|A+0
The Slovak government is one month away from fulfilling the final requirement on a list of energy-sector rules for countries aspiring to join the European Union in 2004 - ensuring the safety of its nuclear reactors.

At a cabinet session September 26, the government approved the proposed text of a treaty with the European Bank for Reconstruction and Development (EBRD) to shut down and decommission two reactor blocs at the atomic plant Jaslovské Bohunice in western Slovakia. The treaty is expected to be signed by November 30.

However, the treaty remains contentious and a number of politicians have objected to it on the grounds that it was not in Slovakia's national interest to close the power facility.

Justice Minister and member of the coalition Christian Democratic Party (KDH) Ján Čarnogurský first vetoed and then later abstained from voting on the treaty with the EBRD.

Afterwards, Čarnogurský said his stance reflected his fears that the EBRD's money could be used for purposes other than shutting down the blocs.

"It's not a problem for Slovakia to conceal from the EBRD that the money granted for the closure of the atomic plant never gets to the people at Bohunice. There are many ways of diverting such funds. I know how this could be done because I'm a lawyer," Čarnogurský said.

The current government, led by Prime Minister Mikuláš Dzurinda, decided to shut down the plant in 1999.

Economy Minister Ľubomír Harach, who presented the treaty at the September 26 cabinet session, said that the blocs should be shut down in 2006 and 2008 but that the decommissioning process would take "several decades and will be financed mainly from Slovak resources".

He also reacted angrily to Čarnogurský's suggestion that EU funds would be misused. "I reject that outright. How can someone know today that the EU money will be misused?" he asked.

Harach also said he expected the treaty to be ratified in government by November 30.

The tensions could not be quieted, however. At a ruling coalition meeting October 4, organised at the KDH's initiative, KDH head Pavol Hrušovský said his party would initiate a parliamentary motion against the draft contracts.

He explained that the KDH was troubled by textual differences between the Slovak and English drafts of the treaty; the latter calls for the plant to be razed as well as shut down, a far more expensive commitment not specified in the Slovak version.

"The KDH doesn't want to break existing agreements, but rather to strictly keep to the government's 1999 agreement, which only talked about closure, not decommissioning," he said.

According to the KDH, Slovak negotiators should "try to soften the treaty before signing it." Such a softened version, they argued, would give Slovakia a future chance to re-open the plant if it showed it met all EU security requirements.

The latest challenges drew a response from senior cabinet members, who feared that Slovakia might be seen to be backsliding on its EU commitments. At a press conference October 5, Foreign Minister Eduard Kukan appealed to all parties who opposed the plant's decommissioning, specifically the KDH, the non-parliamentary party Smer and the biggest opposition party Movement for Democratic Slovakia (HZDS), to "behave responsibly and not put party interests over the country's goals - joining the EU and Nato".

The European Commission has offered 150 million euros (Sk6.45 billion) to be distributed among the firms which take part in the shut down and decommissioning via the EBRD's International Decommissioning Support Fund.

The total cost of decommissioning the plant is estimated to be around Sk15 billion. At a press conference following the cabinet session, Dzurinda said that "negotiations for a loan to decommission the blocs will take place with other financial institutions".

Cabinet approval of the treaty is necessary so that Slovakia can receive part of its EU-allocated money for 1999 and 2000, which Harach said was 10 and 20 million euros respectively.

But Čarnogurský's was not the only dissenting voice against the treaty with the EBRD. Although Ondrej Studenec, head of the Economy Ministry's energy section, said at the launch of Bohunice in 1978 that the life span of the plant was expected to be about 25 years, meaning a shut down by 2003 or 2005, some politicians have maintained that a recent security overhaul at Bohunice gave the plant a longer life.

Calling the plant "a pillar of the Slovak economy" and "a national interest", Robert Fico, an independent MP and head of Smer, last week claimed that "the country must remain an energy exporter". He has argued that closing Bohunice will turn Slovakia from a net energy exporter into an importer.

Fico, who is confident his party will be in the next government which will be tasked with shutting down the two blocs in 2006 and 2008, said the current "incoherent and unstable cabinet" had no right to approve of such commitment, which he said was a "political submission to the EU".

He added that if Smer joined the government after the 2002 general elections, "it will take the necessary steps to change the conditions of the shut down".

Harach dubbed Fico's statement "irresponsible" and said such remarks "automatically lowered the credibility of any future Slovak government" should Smer be part of it.

Alena Melichárková, spokesperson with the Slovenské Elektrárne (SE) power monolith, refused to comment on the cabinet decision when The Slovak Spectator contacted her October 1. She said: "We haven't received any materials from the cabinet regarding the details of the treaty".

However, in a June interview with Slovenská energetika, SE's internal monthly magazine, Vincent Pillár, head of SE, said while the company respected the cabinet's 1999 decision to shut down Bohunice, SE was obliged to look for possibilities to substitute production.

Marek Jakoby, an analyst with the Mesa 10 economic think tank, noted that a substitute might be provided by two further blocs which may be built at the newer Mochovce atomic plant, as long as a private investor can be found.

According to EU plans, the country's government should finally decide in 2004 whether it will decommission the blocs and create a green field zone, build a steam-gas cycle instead of the blocs, or exchange the current reactors for new ones.

The plant's closure should be completed by 2011.