Travel agencies in Slovakia have seen an immediate drop in their profits following the September 11 terrorist attacks on New York and Washington.
While many agencies had increased their revenues during the first half of 2001, the attack forced them to change their plans for the rest of the year.
Both incoming agencies which focus on attracting tourists to Slovakia and outgoing agencies which specialise in foreign holidays for Slovaks said demand had fallen. 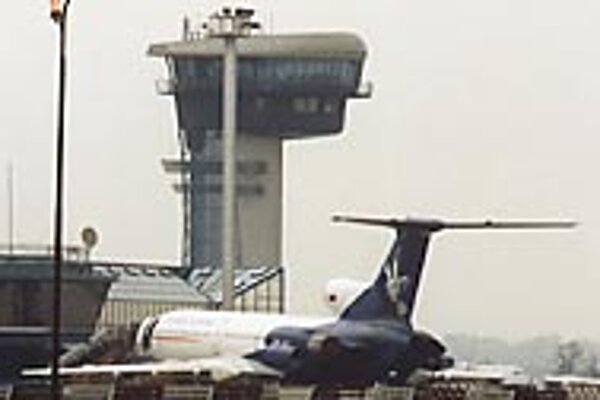 Font size:A-|A+0
Travel agencies in Slovakia have seen an immediate drop in their profits following the September 11 terrorist attacks on New York and Washington.

While many agencies had increased their revenues during the first half of 2001, the attack forced them to change their plans for the rest of the year.

However, since the attack had taken place at the end of the summer season it had not affected their annual revenue targets significantly, the agencies said.

"If this attack had happened in June instead of September, it would have been a catastrophe for the whole industry. But now we will survive even with the drop we are currently recording," said Adel El Lili, director of Kartágo tours travel agency, which sells trips to Muslim countries such as Egypt and Tunisia which are now classified as 'high risk' destinations.

Tourism experts say it is too early to predict how long the drop in revenues will last and how it will influence the annual tourism figures.

"No industry is as fragile as tourism. It's difficult to estimate how long this slowdown will last, but I think it will reflect on the next summer season as well," said Zita Zvaríková, the vice-president of the Slovak Association of Travel Agencies (SACK).

Zvaríková, who runs the Supravia travel agency which sells trips in Slovakia to foreigners, said her agency had recorded a loss of Sk500,000 ($10,309) as a result of the attack - 5% of the company's annual revenues.

"All of the American groups which had been offering trips to central Europe, including Slovakia, cancelled after the attack. Most of our business for September and October came from American clients. The attack certainly will not help the industry in Slovakia grow."

El Lili said that outgoing tourism had also been affected. "Many [Slovak] people have lost interest in travelling after the attack. We have had to cancel charter flights to Egypt and Tunisia, with a loss of 1,000 clients. We have also lost the Sk900,000 ($18,556) we invested into promotion and printing our winter season catalogue, as demand for our products is now not as great as we expected."

Zvaríková said SACK had recently received a letter from the international Federation of Travel Agencies Associations, which encouraged the government to promote and protect tourism from the anticipated global slowdown in the industry.

However, she said, with such a small budget for tourism promotion in Slovakia, there was not much that could be done to support the industry.

"In this country we lack the kind of standard support and promotion that other countries enjoy, so we can't really expect that support would increase as a result of the attack," she said.

Slovakia's sluggish tourism industry is behind that of other countries in the region. While the Slovak government agency supporting tourism received Sk38 million ($790,000) in 2000, similar agencies in the Czech Republic, Hungary and Poland were given the equivalent of hundreds of millions of Slovak crowns.

Although Slovakia increased its foreign exchange revenues from tourism for the first seven months of this year to $275.3 million from $259.9 million in the same period of 2000, the industry is still far behind those in neighbouring countries.

Michal Bujna, the head of the tourism section at the Economy Ministry, said that it was too early for the state to be considering taking measures to counter the effect of the attack. "We have to see moves in various different [tourism performance] indicators before we consider any special support for the sector," he said.

But he added that a draft of the 2002 state budget envisaged more than doubling funds for the support of tourism from Sk38 million to Sk80 million, a step designed to boost promotion of the country abroad.

"This money is more likely to be approved now than at any other time in the past. It's planned that the money will be used to launch offices abroad to promote Slovakia as a tourist destination," Bujna said.

Not only has the tourism industry in the widest sense suffered as a result of the September 11 attacks, but many world airlines have reported a slump in their sales.

According to Anna Vargová, the director of the Lufthansa airlines office in Slovakia, ticket sales in October are expected to equal the same period last year. However, the company has reported an annual growth of 17.7% in their revenues, meaning that the October nominal forecast translates into a drop in real terms.

"Our total profits for 2001 will be the same as they were in 2000. But if the attack hadn't happened they would have been 20% higher," Vargová said.

However, not all airlines who face difficulties can blame the September 11 attack for their misfortunes. Slovak national air carrier Slovenské aerolínie (SA) has recently been advised by the government's council of economic ministers to declare itself insolvent due to continued economic troubles.

Viliam Veteška, SA's chairman of the board, said that the decision would harm all shareholders in the airline, including the government, which holds a 34% stake in the company.

"There are other ways to solve the airline's current situation," he insisted.