Courts to get case management system

The Slovak Justice Ministry is determined to introduce a computer-driven case management system to courts around the country despite opposition from the Supreme Court Chief Justice.
In August 2000, the ministry began testing a Swiss designed and financed system at central Slovakia's Banská Bystrica Regional Court. The results have convinced state officials that the system could make Slovak courts quicker and less vulnerable to corruption.
Slovak courts are burdened with a backlog of half a million cases, many of which have been sitting in courts for several years. 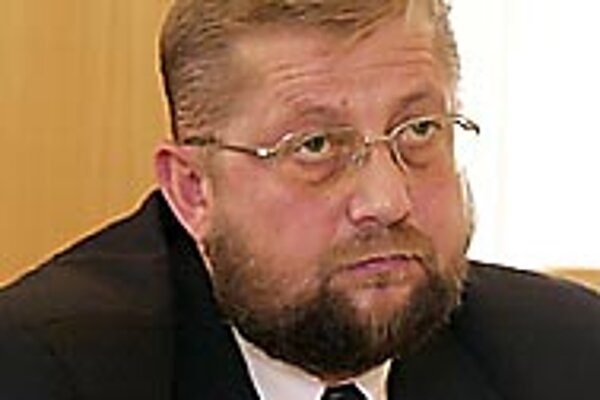 Font size:A-|A+0
The Slovak Justice Ministry is determined to introduce a computer-driven case management system to courts around the country despite opposition from the Supreme Court Chief Justice.

In August 2000, the ministry began testing a Swiss designed and financed system at central Slovakia's Banská Bystrica Regional Court. The results have convinced state officials that the system could make Slovak courts quicker and less vulnerable to corruption.

Slovak courts are burdened with a backlog of half a million cases, many of which have been sitting in courts for several years.

With the help of the system, Banská Bystrica court Chief Justice Jana Dubovcová said, judges could save up to 80% of the time they now spend on administrative work. The existing backlog could be eliminated "within two or three years," she added.

According to a 2000 World Bank survey on corruption in Slovakia, 80% of firms polled selected the slowness of courts as a major problem. Experts believe that by speeding up court procedures, the potential for corruption could be eliminated, as getting a case handled quickly became the norm rather than an exception.

Legal experts also believe that a random case-assignment programme, part of the Swiss computer system, could prevent judges from selecting cases to suit their personal or financial interests.

"The computer driven random choice of judges creates a barrier to those who would want to buy a certain judge to decide in that party's favour, and by speeding up the court process, the reason to bribe one's way to a speedy verdict will be eliminated," said Emília Sičáková, head of the Bratislava-based anti-corruption watchdog, Transparency International Slovakia.

Dubovcová said the project had shortened the time between a case being assigned to a judge to the first decision being handed down from 300 days to 48, while it cut the average period from filing a lawsuit to the first hearing from 73 to 49 days.

However, the results of the Swiss computer management trials have not convinced all in the judicial branch. Štefan Harabin, Supreme Court Chief Justice, who recently visited the Banská Bystrica court, doubted the advantages of the system and insisted that it "doesn't shorten court procedures by a minute."

Harabin said: "Even computers can err. A receptionist who doesn't have legal education can easily enter incorrect or insufficient data, prompting the computer to send the case to the wrong judge. The whole process would then necessarily take longer."

He added that one way to avoid this problem would be to hire assistants with legal education, "one helper for every three or four judges".

According to Harabin, all money available for improving court services should be used to buy computers for all judges.

"I don't want to promote the Chinese judicial system, but when I last visited the courts there, I saw all their judges had computers. This first of all should be done here as well," he said.

Harabin's doubts contrasted with the praise of the Banská Bystrica judges who had experience the computer system.

"I was able to hold proceedings in three days, hand down verdicts the next day, and spend the last day of the working week on anything else that needed to be done," said Banská Bystrica judge Gabriel Slobodník.

He added: "The project definitely shortens court procedures and it has helped me, the court, and my colleagues."

Daniel Lipšic, the Justice Ministry's head of office, said the ministry planned to invest Sk118 million ($2.5 million) to install the system in Žilina, Košice and Bratislava courts by the end of this year, and to the remaining regional and all district courts in 2002.

Lipšic and Dubovcová said they thought that Harabin's opposition to the system lay in its transparency in assigning newly arrived cases by a random computer-choice of senates and judges, thus eliminating possible manipulation of the cases.

"Mr. Harabin perhaps fears that he'll lose the opportunity to assign cases to judges. Unfortunately, this motivation isn't the most honourable one, but I think that this is behind his criticism," Lipšic said.

Judges at Banská Bystrica court confirmed that attempts by parties to have their cases treated by a particular judge were frequent at Slovak courts.

Harabin, however, maintained: "Just because I'm in personal opposition to Justice Minister Ján Čarnogurský, everything I say is translated as Harabin defending corrupt practices. That's just not true at all.

"If judges were doing their work properly and all of them got computers with access to up-to-date judicial software, there wouldn't be such an urgent need to introduce this system," he said.

Comparing the court management system to a ceramic chimney, Harabin explained that he was not against case management as a rule, but felt that computers were more acutely needed and thus a greater priority.

"Imagine the Slovak judiciary as a wooden building which needs a major reconstruction from the basement up. Why would I build a ceramic chimney first?"

The ministry's Lipšic admitted that Slovak judges needed computers, but explained that the reason his ministry had not asked for state money to buy them was a 1999 European Commission promise that it would buy 1,120 computers for Slovak judges through the European Union's (EU) Phare project.

"It's taking them longer than we expected. But it would be a waste to ask for state money. I'm sure the computers from the EU will arrive within a couple of months," he said.