One of the world's largest telecom firms has called on the government to delay the sale of potentially lucrative mobile operating licences.
Telecom giant Telenor has joined a growing band of sector players who feel that an increasingly unstable world telecom sector, combined with the relative insignificance of the Slovak market, is likely to make the government's job of attracting new communications players difficult.
"The situation on the markets has to stabilise. This is not the proper time for launching GSM and UMTS [mobile telephony license] tenders," said Kim Schlaekelmann, the managing director at Telenor Telecom 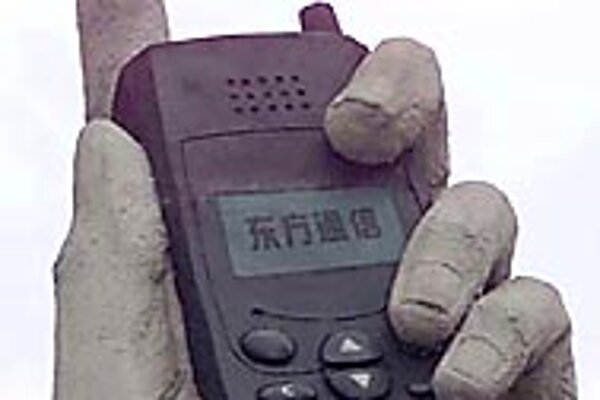 Font size:A-|A+0
One of the world's largest telecom firms has called on the government to delay the sale of potentially lucrative mobile operating licences.

Telecom giant Telenor has joined a growing band of sector players who feel that an increasingly unstable world telecom sector, combined with the relative insignificance of the Slovak market, is likely to make the government's job of attracting new communications players difficult.

"The situation on the markets has to stabilise. This is not the proper time for launching GSM and UMTS [mobile telephony license] tenders," said Kim Schlaekelmann, the managing director at Telenor Telecom

He added the government may get little reaction from indebted world telecom firms if it launches the tender before the end of the year as planned.

UMTS is a third-generation technology which allows data to be transferred over wavebands to mobile phones far quicker than existing fixed lines, giving sophisticated multimedia capabilities to mobile phones.

The global telecom market has been in decline over the past 18 months, and huge UMTS auctions have turned many cash-rich market players into indebted companies desperate for money to fund the necessary technology investments.

The decline has deepened after the September 11 attacks on the US, with revival not expected any time soon.

Schlaekelmann said: "Everyone is now waiting to see what will happen, and therefore it would be better to hold off with the launch of the tender until next year, when the situation may stabilise."

The government, however, has not yet revised the schedule for the tender. Peter Solovic, an adviser at the Telecom Ministry, said: "At the moment we are not expecting any slowdown in the process. The revenues from the sale of licenses are planned to go towards next year's state budget."

Some telecom firms already present in Slovakia have shown reluctance to expand since the September 11 terrorist attacks.

GiTy Slovakia's member of the board Peter Suchý said the company's US financial partners had found themselves in a more complicated economic situation after the attacks on New York and Washington. "This is partly the reason we have not yet paid for the license," Suchý said.

Ondrej Datka, a telecom analyst at Patria Finance in Prague, named three potential bidders for the licences: Deutsche Telecom, Orange and Vodafone, all of whom have declared a focus on central European markets. At least one of the three, he said, would not be bidding in Slovakia.

"Vodafone will not go to Slovakia, because the market is too small."

Deutsche Telecom, on the other hand, is already involved in Slovak mobile operator Eurotel through its majority stake in fixed line monopoly Slovenské telekomunikácie (Slovak Telecom - ST), which holds the majority stake in Eurotel. The country's other mobile firm, Globtel, has been recently re-branded under the Orange group.

The small market size has forced the government to offer a combined package of GSM and UMTS licenses, rather than individual licenses, setting the price per license at a minimum of Sk1 billion ($20.6 million).

Two out of the three GSM and UMTS licenses will be granted to Eurotel and Globtel, possibly in the first half of 2002.

Datka said if a third operator were found, it would bring a vital boost to the Slovak mobile phone sector. But while noting that the current mobile phone penetration rate of 35% still left space for growth, the analyst expressed doubt any new operator would be willing to able to make up ground lost to the incumbents.

"The third operator would need to make huge investments to catch up with existing operators," he said.

FWA license holders have also complained that the Slovak market was too small to feed them all, arguing it would have been better to hand out only one license.

"Only one operator can be successful in competition with the ST monopoly," said Telenor Telecom's Schlaekelmann.

"Conditions are hard and the current situation after the terrorist attack has also made it a little more complicated for us," agreed Peter Suchý, a member of the board at GiTy Slovakia.

But both Telenor Telecom and GiTy are expecting to increase their customers next year.

Telenor Telecom, with two transmitters installed in Bratislava, now covers most of the capital, while GiTy says it is targeting 40% of all businesses in Bratislava with a single transmitter.

The FWA network allows companies to bypass existing phone cables after a receiver for wireless transmissions sent from a nearby transmitter is installed. Operating on broad bandwidths, the wireless connections enables large amounts of data to be transferred quickly, an advantage for companies with high Internet use.

FWA services are on average between 10% to 20% cheaper than ST's standard fixed line services. It takes only one week to install a FWA connection, while ST takes between four and six weeks to install their services.