Households will not be asked to pay more for gas, a divided cabinet has decided.
Government has ditched plans to hike prices by 19.3% for both firms and ordinary households and on October 24 accepted an earlier decision by the coalition council - a senior government body - to raise prices only for companies as of January 1 next year.
Prime Minister Mikuláš Dzurinda also promised to freeze gas prices for households at their current level until the end of his government's term in September 2002. 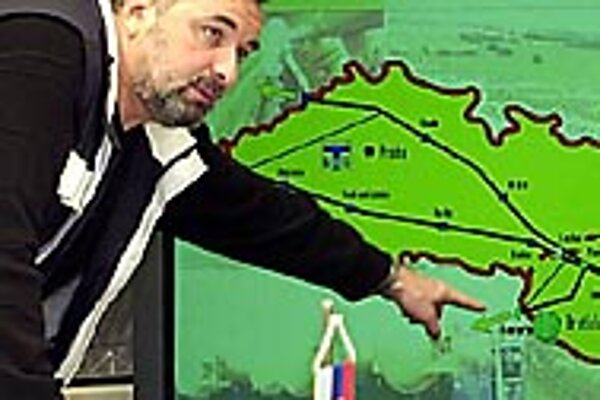 Font size:A-|A+  Comments disabled
Households will not be asked to pay more for gas, a divided cabinet has decided.

Government has ditched plans to hike prices by 19.3% for both firms and ordinary households and on October 24 accepted an earlier decision by the coalition council - a senior government body - to raise prices only for companies as of January 1 next year.

Prime Minister Mikuláš Dzurinda also promised to freeze gas prices for households at their current level until the end of his government's term in September 2002.

But the move has split the ruling coalition. Some members of the Democratic Left Party (SDĽ), which the day before the cabinet meeting had asked its ministers to vote against all price hikes, were seething after the decision.

Original proposals for the 19.3% hike had met fierce opposition from the party and unions, often identified as closely allied to the former communist SDĽ.

A march through Bratislava October 17 saw thousands of workers vent their anger at the proposed rises. They said were not being adequately compensated, and lambasted the government's unwillingness to negotiate with them on the issue.

Government officials admitted that the council's move had been a political compromise. Finance Minister Brigita Schmögnerová, a member of the SDĽ, said the decision had been taken with union demands in mind.

"Yes, those demands did play a part in the decision," she told The Slovak Spectator October 22.

Economy Ministry representatives said they were disappointed following the move. They warned the final sale price of a 49% stake in Slovak gas giant Slovenský plynárenský priemysel (Slovak Gas Industry - SPP) could be lowered by as much as Sk8 billion ($166 million).

The company is due to be privatised by the beginning of next year, and the stake is expected to fetch anywhere between $2 and $3 billion.

Sector experts have agreed that any delays in raising prices would rock investor faith in the sale, and that a programme of price rises agreed to by the government at the start of its term in 1998 should be kept to in the runup to the selloff.

But although this latest decision breaks with that programme, Finance Minister Schmögnerová said higher-than-planned rises last year had left room for no further increases for households.

"We already raised them enough last year to make this possible," she said.

SDĽ Labour Minister Peter Magvaši recently called for only a 25% stake in the company to be sold, prompting speculation over the party's support for the sale.

However, Schmögnerová said: "There was no lack of support for the sale of SPP within the party".

SPP remains unhappy following the government's decision. "We cannot talk about satisfaction," said Dana Kršáková, spokesperson for the firm. The company had called for 30% rises for firms and 25% hikes for households.

However the rises will stave off grave threats to its finances, SPP said.

The company loses money on gas sales every year and is currently selling gas at Sk4.72 ($0.01) per cubic metre and buying from Russia at Sk6.07 per cubic metre. Company bosses say SPP will make a loss of Sk19 billion in 2001 on domestic gas sales.

As the world's second largest gas distributor, in recent years the firm has been able to make overall profits on funds from the transport of 90 billion cubic metres of gas per year from Russia to the West.

But earlier this year company chiefs warned the firm would face overall losses in the future because of higher charges from suppliers unless Slovak prices were hiked to offset the charges.

The company will gain Sk5 billion from the new rises.

Despite the government turnaround on household tariffs, unions remain concerned that the rises for SPP's customer companies will have a knock-on effect on prices for households.

Prime Minister Mikuláš Dzurinda said after the coalition council meeting that any such effect on households would be compensated by an allocation of Sk500 million ($10.6 million) from SPP profits to the Housing Support Fund.

But the SDĽ said the money was not adequate. "The Sk500 million contribution will not be enough. Heat and hot water prices will rise by an average of Sk151 per month," said Schmögnerová.

"We need to talk in billions of crowns, not millions," he said.