The son of Slovakia's Justice Minister has been charged with fraud for his role in an alleged $30 million promissory note scam.
Lawyer Ján Čarnogurský Jr was accused by a Žilina prosecutor October 24 of the crime. He immediately rejected the charges.
He also declared that the police investigator on the case, Jozef Sochulák, was biased and had wrongly accused people. 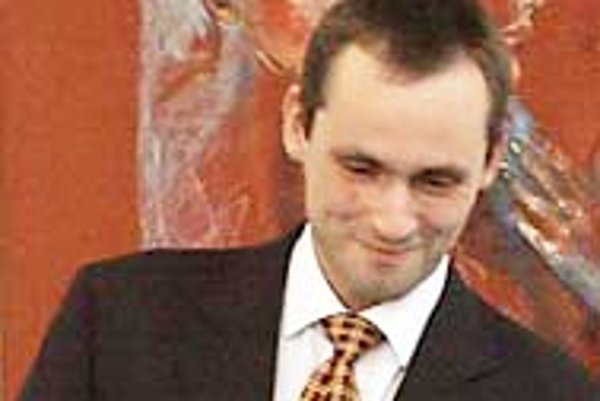 Font size:A-|A+0
The son of Slovakia's Justice Minister has been charged with fraud for his role in an alleged $30 million promissory note scam.

Lawyer Ján Čarnogurský Jr was accused by a Žilina prosecutor October 24 of the crime. He immediately rejected the charges.

He also declared that the police investigator on the case, Jozef Sochulák, was biased and had wrongly accused people.

"I will defend myself by all legal means, and I will be successful. I object to the investigator's bias," he said. "I know that this investigator, Sochulák, has made a few interesting decisions in other cases."

The case revolves around a $30-million promissory note made out in February 2000 by Miroslav Ryšavý, a representative of the state energy distribution firm Stredoslovenská energetika (SSE). The note was issued in SSE's name to an associate of Ryšavý, Jozef Michalík, to secure a loan.

Čarnogurský Jr is alleged to have offered to retrieve the note once it became clear that no loan would be obtained, and that SSE would have to cover the $30 million loss. His firm, CMS, received a Sk7.7 million commission for the service, or 0.5% of the note's value, and Sk15 million in expenses.

The note was later seized in Germany and Michalík was arrested by German police.

The Žilina prosecutor claims Čarnogurský Jr was given the contract through a connection to the state firm, and received an unusually large sum for his work. A public tender is usually called for legal work involving state companies.

But Čarnogurský Jr said he had obtained information through a client about the note. He also insisted CMS was the only legal organisation competent to recover it.

"We found out the note existed and informed the energy company. We also informed criminal investigation bodies and they sent undercover agents who contacted Michalík and pretended they wanted to buy promissory notes from him.

"It was only thanks to our help that the Slovak and German police caught Michalík," said Čarnogurský. "If I had to do it again, I would, even if I was convicted of a crime."

Responding to journalists' suggestions that the police would have been able to track down the notes without his office's help, he said: "As a lawyer I only deal with facts. We helped them get their money back, that's a fact. God only knows what would have happened had we not been here. I'm not going to speculate on that."

Justice Minister Ján Čarnogurský has said he believes his son is innocent, but has declined comment on the case.

Čarnogurský Jr said he had informed his father of the case but would not be receiving or looking for any help from him.

The scandal comes just weeks after a high profile trial involving millions of dollars in promissory notes was again adjourned.

Proceedings between Slovak gas utility SPP and the Czech Union Banka were put off in late October until November 15 following a complaint by an SPP lawyer that a trial judge was unfamiliar with the case details.

During his time as boss at SPP, the associate of former Prime Minister Vladimír Mečiar allegedly signed more than 30 promissory notes, some with amounts left blank.

Police investigators have said asset-stripping from companies by issuing fraudulent promissory notes has grown in popularity as a crime in Slovakia since the Ducký case.

The firm could face damages of billions of crowns from not just Union Banka but other companies if the case goes against SPP, sources close to the case have said.