Minister: Slovakia safer than US

Finance Minister Brigita Schmögnerová says Slovakia is a safer place for investors than the US.
Speaking after a press conference the minister told The Slovak Spectator: "Right now we believe that Slovakia is a safer place to invest than, say, America."
Schmögnerová made the statement in support of her belief that the forthcoming privatisation of Slovak monopoly insurer Slovenská poisťovňa (SP) would attract investors looking for low risk. 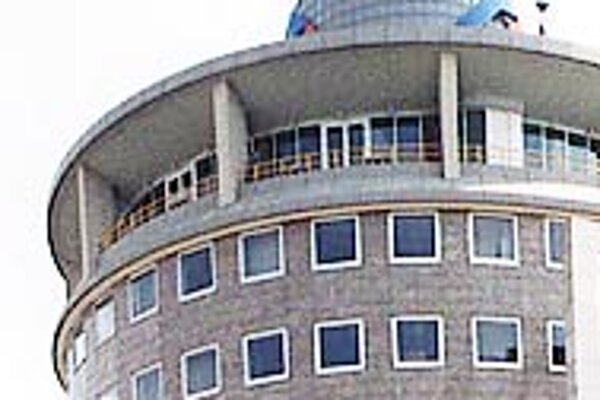 Font size:A-|A+0
Finance Minister Brigita Schmögnerová says Slovakia is a safer place for investors than the US.

Speaking after a press conference the minister told The Slovak Spectator: "Right now we believe that Slovakia is a safer place to invest than, say, America."

Schmögnerová made the statement in support of her belief that the forthcoming privatisation of Slovak monopoly insurer Slovenská poisťovňa (SP) would attract investors looking for low risk.

The company is due to be sold off at the end of this year and will lose its monopoly on liability car insurance.

"It's a very interesting statement from Finance Minister Schmögnerová. But I don't think that, given all the factors involved, we can say the Slovak market is better than the US market for investors.

"Yes, it's safe in that there is no significant threat of an attack by terrorists, but the investment environment is too uncertain and bureaucratic for foreign investors. In this sense we can't say it's safer," said Marek Jakoby, an analyst at economic think-tank Mesa 10.

Following the suicide terrorist attacks on New York and Slovakia, Schmögnerová had warned the ensuing turmoil on the world's insurance markets could lower the eventual price for the 87% stake in SP.

Four companies are chasing poisťovňa - German insurance giant Allianz, Dutch companies Eureko and Aegon and Italy's La Fondiaria - in what is one of the last selloffs in the financial sector under the Mikuláš Dzurinda government.

But in mid-October, after the US attacks rocked what had originally appeared a relatively secure world insurance market, the minister admitted bidders might submit final lower prices.

That threat still stands, but Schmögnerová told The Slovak Spectator it could now be balanced by the fact that investors will look for other safe havens for their money.

"Admittedly, there is a chance that what's happened to the world insurance market after the attacks on America could to some extent lower the price we get for SP.

"But the kind of companies who are bidding for SP wouldn't be affected by the problems following the attacks in the US anyway, and combined with the safety of the market, could be an impulse for a higher price for the company," she said in the post-conference interview October 29.

"In the end, these two factors - the state of the world insurance market and the safety of investing - are going to be running against each other in this privatisation," she added.

"The privatisation is important because it will bring know-how from the West and will connect SP with a strong foreign investor. All four potential buyers are well-established and hold important positions on the western European insurance market. This is key," said Jakoby.

He added: "SP is a reasonably attractive company and appears to be in good financial health."

The Finance Ministry, which is overseeing the sale, has refused to comment on the price it is expecting for the state share, but has said the sale is proceeding according to plan. "There have been no problems so far," said Schmögnerová.

The four candidates are now carrying out due diligence at the firm. Final bids are expected on December 3 with a winner to be chosen before the end of the year. Financial experts argue front-runners are already emerging from the quartet.

"My opinion is that Allianz and Eureko are the strongest candidates," said Jakoby.

Some insurance companies on the market say they are looking forward to competition opening up on the Slovak insurance market.

"This sale can only be good for competition and the market. It can only help," said Marian Hrotka of the Generali insurance company.