Deputy Prime Minister for Economy Ivan Mikloš has recently been criticised by right-wing media for turning soft on reform since joining Prime Minister Mikuláš Dzurinda's Slovak Democratic and Christian Union party earlier this year.
But that's news to his left-wing critics in labour unions, who have abandoned a formal negotiating group with the government and business over what they see as Mikloš' refusal to give ground on market reforms.
The Slovak Spectator interviewed Mikloš on October 30, exactly three years since the Dzurinda administration took office. 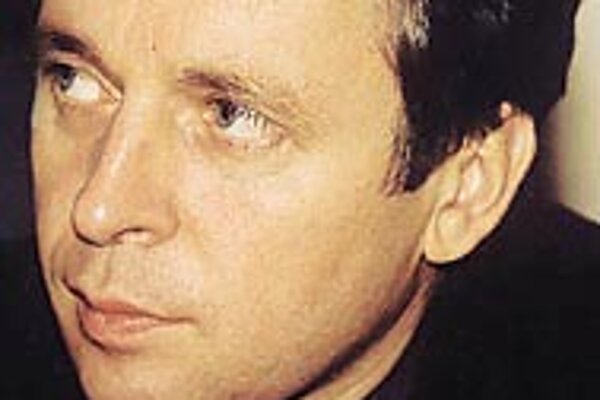 But that's news to his left-wing critics in labour unions, who have abandoned a formal negotiating group with the government and business over what they see as Mikloš' refusal to give ground on market reforms.

The Slovak Spectator (TSS): Slovakia's 'tripartite agreement' - its formalised discussion of cabinet policy between government, labour and business officials - broke down in September over proposed natural gas price rises, with labour saying that you particularly were at fault as leader of the tripartite council. Why does Slovakia need such a council - doesn't it just add another layer of complication to economic reform?

Ivan Mikloš (IM): It's a tradition on the European continent, and one way or another has become established. I think it should be seen as ensuring the interests of the various groups are balanced. A good example recently has been our work on the new Labour Code, which sets out basic rules for employers and employees. It's a very important law, because if it lowers labour market flexibility it also lowers the competitive ability of firms and the country as a whole. The tripartite council is thus a place where the completely opposing interests of business and labour can meet and find solutions that are both acceptable and which don't threaten the corporate environment.

But I'm afraid that neither business nor labour always fulfil these roles. For example, I'm not sure that employers always lobby hard enough for things they should be fighting for. In the case of the Labour Code, it was not until it was passed that we started to receive signals, mainly from foreign investors, American and German, that the law contained passages which could lower labour market flexibility and which could be a problem. Well, my question is: Where have you been until now? There was a window of more than a year while we were working on the law that people could have presented objections, but we are hearing of them only now.

As far as the unions go, every transforming country has a history of communist unions where membership was obligatory, and which simply continued their work after the 1989 revolution. Membership has fallen gradually, but there is still a lot of continuity among people in their higher organs. But that's reality.

TSS: You said October 29 that you were dissatisfied with what had been done to eliminate illegal 'under-the-table' work and to give unemployed people more incentive to look for work. What were you referring to specifically?

IM: In terms of illegal work, we haven't made sufficient use either of prevention or repression methods, not just in illegal work but generally in the abuse of social benefits. For example, local town mayors know very well who is abusing social benefits in their towns, but we haven't used this information. That's the deformity in the system - the people who know of the abuse are not the ones who make the decisions about who gets what money.

The second area is repression, and here there have been insufficient interventions. The Labour and Interior Ministries have a contract between them to take action against illegal work, but we simply don't have enough cases where companies were busted, got a fright and resolved not to do it again [hire people under the table and thus avoid paying taxes and insurance fund contributions - ed. note]. Fines are also insufficient.

And as far as motivation to work goes, we still have this well-known problem of a very small difference between the money you collect through unemployment benefits or social support on the one hand, and working wages on the other, particularly for people with fewer skills who typically work at lower paid jobs. For two years I have been proposing a system for people who are long-term unemployed and living off social benefits, that if they found employment they would get to keep some part of these social benefits for six months or a year so the difference between working and being just on social benefits would increase.

We could do many other things besides fines, such as deleting companies from the business register who hired illegal labour.

In February, almost 10 months ago, the cabinet passed dozens of initiatives to fight these problems. We sat down yesterday in the Council of Economic Ministers to evaluate them, and simply found their effect in practice to be wanting.

TSS: Is there a great difference between the figures given for registered unemployment, just over 500,000, and how many people are truly without jobs?

TSS: Do inflated unemployment figures create an artificial or unjustified level of pessimism in the country - the blba nalada [stupid mood] you often refer to?

IM: Illegal labour has more serious fiscal consequences because these people are not contributing taxes and insurance premiums, but at the same time are draining money from the state budget. But even worse, it can spread like cancer if there is a general perception that the state is not aggressive in tackling the problem. Companies which hire people legally are at a competitive disadvantage to those which hire people under the table, because their costs are higher. The former then say to themselves, 'I either hire illegal labour or I go under'. So as long as firms don't fear repression in this area, the phenomenon has a tendency to spread.

This interview will be published in full in The Slovak Spectator's investment guide Investment 2001, on stands November 19.