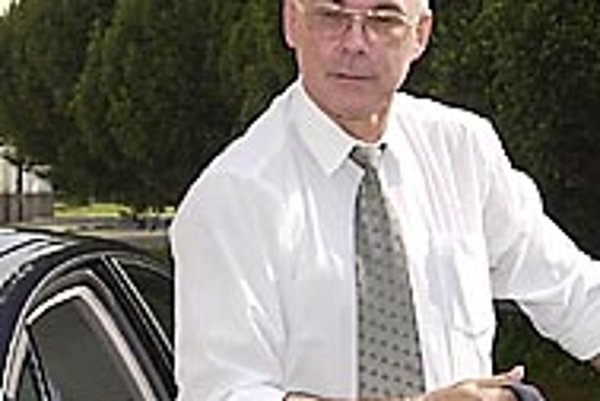 A Supreme Control Office (NKÚ) investigation following the alleged misuse of European Union funds says room for corruption existed due to bad organisation and a lack of clear rules.

Jozef Stahl, head of the NKÚ public finance watchdog, said October 30 that while the four-month investigation had not revealed any actual cases of corruption, there had been numerous shortcomings in the documentation and decision making process for the distribution of EU funds.

"Other organs must say whether corruption actually took place. The conditions for corruption definitely existed. It's not difficult to break the rules when there are none," Stahl said.

The investigation comes on the back of an April 2001 scandal involving former Government Office employee Roland Tóth. Tóth, who was in charge of development project funding from the EU, was accused of misusing some of the 330 million euro in European Union taxpayer money Slovakia had received.

Stahl said: "Tóth's responsibilities were not defined, and there was no external control of the distribution of EU money."

As a result of the scandal, the European Commission decided to withhold 10% of the total 23 million euro allocated to Slovakia's 2001 EU funded projects in July of this year.

A further decision is expected on December 15 when Members of the European Parliament (MEPs) decide if they will halt another 15 million euros for Slovakia from the 2002 EU budget.

The outcome of the December decision will largely depend on the EU's OLAF anti-fraud office report. OLAF assisted Slovak investigators on the case.

Mária Kadlečíková, who replaced Hamžík in May, said OLAF will be visiting Slovakia November 21 to meet the NKÚ, Attorney General Milan Hanzel, as well as the cabinet's anti-corruption unit to discuss what progress has been achieved in making the distribution of EU funds more transparent.

"Many of the suggestions made by OLAF and the NKÚ were incorporated into cabinet proposed guidelines and a directive on obtaining and managing EU financial help," Kadlečíková said

The NKÚ report was also critical of the cabinet and said it "lacked enough intiative" to inform the public about the mechanisms for apply for EU funding.

However, Kadlečíková insisted this had changed: "We've put all projects receiving or applying for EU help on the internet, and at the beginning of next year we'll start an information campaign in print and electronic media for citizens on how to apply for EU funds with their projects."

Meganck said the report was "very good", and that he hoped it would prompt MEPs to deliver the 2002 EU funds for Slovakia.

"Everything is in the hands of the MEPs," Kadlečíková said.

As the NKÚ investigation did not prove any direct responsibility on the part of former EU integration Deputy PM Hamžík, President Rudolf Schuster suggested that Dzurinda should "at least apologise" to Hamžík.

However, Dzurinda said he had done the right thing. "I recalled him for unprofessional behaviour, and because he neglected his duties," the PM said at an October 31 press conference.

Stanislav Ryban, spokesman of the Chief Investigator's Office at the Interior Ministry, refused to comment on the progress of the police investigation concerning Tóth and the alleged misuse of EU funds. "There is an information embargo on this case," he said.