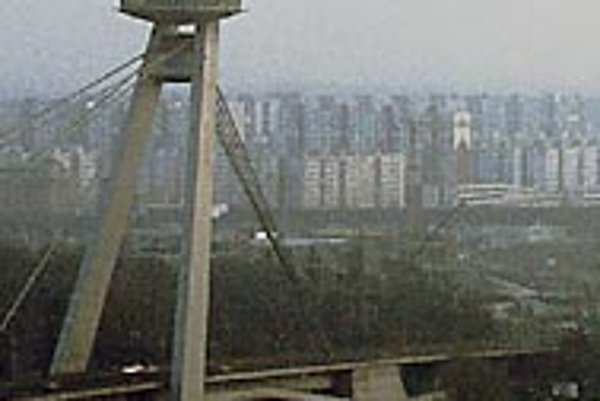 For all its awesome colour photos and bountiful information, this newspaper's Spectacular Slovakia 2001 travel guide made a glaring omission, in my humble opinion. The oversight, as it happens, is a place I moved to four months ago, Petržalka.

Petržalka, Bratislava's (and Slovakia's) largest high-rise suburb, houses some 120,000 people, over a quarter of the inhabitants of this city. Snow-covered mountain chalets high up in the Tatras or the age-resistant walls of Spiš castle leave many wondering about the endurance of the human spirit, but the experience is fleeting and distant; Petržalka's crowded morning, lunchtime, afternoon, evening and night buses put this very spirit to a powerful test on a daily basis.

Besides humans, an estimated 9,000 pets, mostly of the barking kind, fight for space in the district. Bear in the Fatra mountains, and trout in the Váh river, are imposing in their own ways, but remain elusive to the casual visitor. In Petržalka, it's a banner day when local canines don't take notice of you or your belongings.

In fact, it is common for locals to greet their neighbours' pets before greeting their neighbours. That attitude, in turn, translates into the distinct Petržalka 'dialect'. You may be treated like a dog at first, but if you stick around long enough, local folks eventually warm up to you.

Art-inclined tourists usually shoot for Slovakia's galleries and churches, if they make it past Vienna in the first place. But passing up on Petržalka amounts to a big mistake. The cubist shapes forming the bulk of the suburb send the hearts of Picasso-lovers pounding, not least when they start to wonder where the exit from the maze is.

Some of the country's best graffiti artists and their work reside in Petržalka (unless exhibited exclusively on train wagons to Vienna). And if you are an artist yourself, there is ample supply of mind-altering substances to help you take off into the creativity plateau.

The district bustles with youth. This shows in, apart from the extra layer of artsy types, the stunning dynamics of the local fashion scene. Brittany Spears tight tops, Ricky Martin jackets and, yes, Tina Turner hairdos reach wider Slovakia only after having been first tested in Petržalka. Baby carriages seem to be especially successful fashion articles when accompanied by platform shoes.

Don't get me wrong. The thundering waterfalls of Slovak Paradise or the arresting gargoyles of the St. Elisabeth's Cathedral in Košice make a great cover to any tourist publication. But the bottom line is that such snapshots compete for attention with travel guides boasting Eiffel towers, St. Paul's cathedrals and alpine glaciers.

Looking at it this way, promoting Petržalka makes sense. No bothersome closing hours, no 'keep to the trail' signs, no concerns about foreigners trampling on our heritage. Perhaps equally important, in case a visitor suffers from mild agoraphobia or claustrophobia (both are possible in Petržalka), Bratislava's Old Town, or indeed Austria proper, are only a mile away. Try complaining when a blizzard takes you by surprise just below Kriváň mountain peak in the oh-so-fabulous High Tatras.