Otomar Ambros: 'No Y2K problems to be caused by ST'

With about six weeks to go before the new millenium, Slovak state telecom monopoly Slovenské Telekomunikácie (ST) says it has proofed itself and its customers against the 'Millenium Bug.'
The Millenium Bug problem lies in the possible failure of computer systems to recognize the change in date that will occur on January 1, 2000 when the year changes from '99' on computer time pieces to '00.' Because of short-sighted programming, some computers will think that '00' represents the year 1900 rather than 2000, which could cause computer failure and chaos in key industries like banking, transport, IT and telecom. 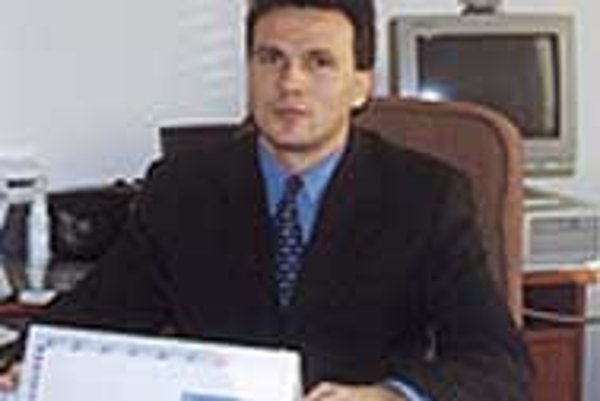 Font size:A-|A+0
With about six weeks to go before the new millenium, Slovak state telecom monopoly Slovenské Telekomunikácie (ST) says it has proofed itself and its customers against the 'Millenium Bug.'

The Millenium Bug problem lies in the possible failure of computer systems to recognize the change in date that will occur on January 1, 2000 when the year changes from '99' on computer time pieces to '00.' Because of short-sighted programming, some computers will think that '00' represents the year 1900 rather than 2000, which could cause computer failure and chaos in key industries like banking, transport, IT and telecom.

Most large telecom firms have been preparing for the Millenium Bug, also known as Y2K, for years. Deutsche Telekom, the largest European provider, has spent an estimated 300 million Deutschemarks ($160 million) on its three-phase Millenium project since it was launched in late 1996.

Otomar Ambros, ST's Deputy Director of Strategy and Technical Development and head of the firm's Y2K Preparation Committee, said that ST had spent 300 million Slovak crowns ($7.4 million) to proof itself against Y2K, a process that took "a little over a year" since it was started in the summer of 1998. The telecom provider was now completely 'bug proof,' he told The Slovak Spectator in an interview at the Telecom Ministry on November 16.

The Slovak Spectator (TSS): What kind of plan did ST follow in transforming ST's systems to ones which are immune to the 'Millennium Bug'?

Otomar Ambros (OA): ST addressed the Y2K problem in four phases: first, we analysed which systems were vulnerable to the bug, then we prepared and applied special solutions to the affected systems. After solutions were applied, we did extensive testing and prepared further solutions.

TSS: When did preparations begin?

OA: With co-operation from the firm Links, ST's first analysis started in the summer of 1998. Our preparations began with our information technologies, and in 1999 concluded with an analysis of other telecom infrastructures.

The problems ST encountered can be divided into two areas. The first is the internal information system within the firm. The second, which is more relevant to ST's clients, is our telecom infrastructure, which includes services such as switchboards, transmission, radios and TV.

All preparations have now been completed. The final analysis was completed in April, 1999, while the final preparations as a whole were finished during the summer months this year. Furthermore, we ran tests on particular systems, new software, new equipment and so on. This testing was finished in the autumn.

By the end of October, we had prepared contingency plans in case of accidents related to the Y2K problem. We still have to complete some small systems which don't influence the quality of telecom services and don't influence the functioning of the information system. Those systems will be finished by the end of November and will not endanger the functioning of ST in any way.

TSS: How much did ST's Y2K preparations cost?

OA: Our total costs ended up around 300 million Slovak crowns. It is difficult to separate the direct expenses of our Y2K preparations from the price of standard urgrades to our systems that would have taken place anyway. Most of the changes we had to make for Y2K also served to improve the efficiency of the network. Therefore, while we can say that our total budget was 300 million crowns, the sum was influenced not only by the costs of Y2K preparations, but also by increasing the efficiency of the telecommunications network and information systems.

TSS: Some telecom analysts have warned that ST may experience problems with customer billing. Do you expect any problems in this area and, if any problems do occur, how will ST deal with them?

OA: I am sure we won't have any problems in this area. This question of billing was solved by the suppliers and our employees. The system is very complicated, and it was created over several years by our employees and suppliers.

We have run many internal tests under various simulations, and in all cases the bills came out correct. I don't expect any problems with this.

TSS: In that case, what kind of other problems can ST and ST customers expect?

If any problems do occur with ST systems, they will be the result of excessive celebrations and calling which will overload the systems, but not because of the Y2K bug.

In terms of how well-prepared our external suppliers will be, I cannot say anything about them behind their backs. They have shown us certificates and documents which verify that they are Y2K-prepared.

TSS: When discussing how Slovakia will be affected by the Y2K bug, analysts seem to be split into two camps. One side says that Slovakia will have few if any Y2K-related problems because the country is not as technologically advanced as western countries. The other side says that Slovak firms began preparations so late - and many firms not at all - that the country will be seriously effected by the Y2K. Which opinion do you agree with?

OA: I agree with the fact that Slovakia is not as advanced as other western countries, that we just aren't as technologically equipped - but this is not the case with ST. We have been developing since the early 1990's. Digitalisation has increased, in fact all transmission networks are now digitalised, 66% of the local telephone switch boards of our customers are now digitalised, and 100% of the transit and international switch boards are digitalised.

So, while the country as a whole is not so developed, our firm is highly developed.

But my opinion only concerns ST. I can't speak for the whole of Slovakia. I don't know about the public sector, for example, or small- and medium-sized companies, but I don't believe they are very well prepared. We can expect some problems with them. But as far I know, extensive Y2K solutions have been adapted to fit big companies in Slovakia.