With the new millennium fast approaching, nations around the world are trying to turn the page on the 20th century's catalogue of bloody horrors. From the Holocaust to the atomic devastation wreaked on Japan, from Middle East violence to the intractable Northern Ireland struggle, people are trying to forgive, if not forget.
In the Czech and Slovak Republics as well, state officials are struggling to deal with crimes committed during the communist past in their formerly common homeland. But to the dismay of Czech and Slovak prosecutors, those who want to see the guilty punished are fighting a pitched - and losing - battle with those who want to see the past buried. 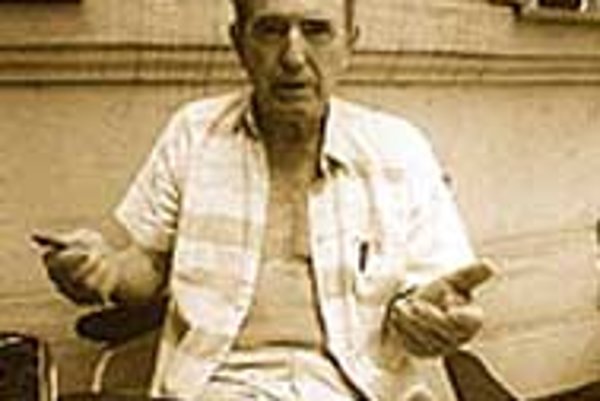 Font size:A-|A+0
With the new millennium fast approaching, nations around the world are trying to turn the page on the 20th century's catalogue of bloody horrors. From the Holocaust to the atomic devastation wreaked on Japan, from Middle East violence to the intractable Northern Ireland struggle, people are trying to forgive, if not forget.

Although Czech state prosecutors have charged around 100 former communist officials with crimes ranging from physical and mental torture to assassinations of communist opponents, as few as five final verdicts (those which cannot be appealed) have been handed down by Czech and Slovak courts since 1989.

Of these, two were prison sentences never served because of illness, two were suspended sentences and one was a fine.

In the most recent case in October, the Prague City Court - which had found former communist state secret police (ŠtB) officer Josef Kafka guilty of using violence while interrogating dissident singer Vlastimil Třešňák in 1981 - changed its original verdict of a 50,000 Czech crown ($1,500) fine to a 10 months suspended sentence after the intervention of the Czech Supreme Court.

The clemency shown by the courts has frustrated the people charged with the task of bringing communist-era criminals to justice - the state-run Office for Documentation and Investigation of Communist Crimes (ÚDV) in Prague.

The ÚDV has 15 full-time investigators and 56 administrative staff, and is desperately short of time. A law passed in Czechoslovakia in 1989 set a 10-year limit on prosecuting communist crimes, meaning that unless the Czech parliament backs an amendment currently being debated, no charges can be filed against suspects after December 31.

Surrounded by stacks of files in the the Office's five-storey archives, ÚDV Deputy Director Pavel Bret is worried that his work could be in vain. "If an amendment isn't passed by parliament by December to extend our time limit, most cases we've been working on will be shelved and the criminals in these cases will just laugh in our faces," he said. "I just can't believe that all the work we've done so far would be useless."

Bret said that the 1993 split of Czechoslovakia into two sister republics had complicating legal proceedings. The division of the country has made it necessary for Slovakia to extradite accused criminals to stand trial in Prague - something the Slovak side has not always been willing to do.

Such was the case of Alojz Lorenc, a Slovak-born former Czechoslovak Deputy Interior Minister and the last boss of the ŠtB before the fall of communism in 1989.

In 1992, a Military Court in the south Bohemian town of Tábor sentenced Lorenc to four years in prison after finding him guilty of the illegal detentions of thousands of Czechoslovak and foreign anti-communist rebels in the late 1980's.

Lorenc, however, took advantage of the 1993 split of Czechoslovakia, and as a Slovak national, refused to serve his sentence in a Czech prison, citing an international convention outlawing the extradition of a citizen of one country by the law enforcement authorities of another.

The case was then handed over to Slovakia, but the investigation was dropped due to a lack of evidence. Slovakia repeatedly complained that the Czechs did not hand over all the documentation. "We're doing our best to close the investigation as soon as possible," said Dušan Kováňik, investigator with the High Military Prosecution Office in the western Slovak town of Trenčín. "It's not our fault that it's taking so long."

In the late 1980's, Lorenc, a military academy graduate and a cipher-decoding expert, built an empire of thousands of collaborators who assisted ŠtB counter-intelligence officers in finding and detaining anti-communist dissidents.

As the chief of the Federal Interior Ministry's operation staff, he was responsible for putting down anti-communist demonstrations by releasing orders to over 70,000 policemen in 1988 and 1989.

Slovak investigators now say the Lorenc case will likely be re-opened, and that the 60-year-old Bratislava businessman will face a new trial next year. If found guilty, Lorenc could be sentenced to up to 10 years, Kováňik added.

But the reluctance of Slovak politicians to expose the past may continue to hinder proscution of communist-era criminals.

Daniel Lipšic, head of the Slovak Justice Ministry Office, said that until former Prime Minister Vladimír Mečiar was ousted in last year's national elections, "there was no political will to deal with these delicate matters."

Even today, Lipšic continued, with parties in the Slovak ruling coalition such as the former communist SDĽ party and the SOP party of President Rudolf Schuster - who himself was a high-ranking communist official before 1989 - investigations of communist criminals proceed slowly if at all. Schuster has said that he doesn't "support digging up the past at any cost."

The Slovak Justice Ministry, at least, is committed to proceeding with trials. "Not only do these crimes have to be documented, but the criminals have to stand trial and be punished," Lipšic stressed.

Despite such good intentions, however, politically powerful groups who do not want the past re-opened would seem to have the upper hand.

However, the 81-year-old Biľak, instead of facing trial, may now even be granted an amnesty by President Schuster. Lipšic explained that investigators had handed the case over to the Slovak Prosecutor General to decide whether Biľak should face a court trial or should be granted an amnesty.

There is little public debate in either the Czech or Slovak Republics as to what fate should be meted out to communist-era criminals. But individually, political and legal experts say it is important for the citizens of the two countries that justice be done.

"As in the case of the Nazis, justice must be done and compensation should be paid to the victims of communism," said Janusz Bugajski, head of the Institute for Eastern European Studies, a Washington-based think-tank.

Bugajski said that it was up to citizens' groups and democratic organizations in each post-communist state to "lobby for a full legal reckoning with the past" and not to allow "former apparatchiks and high-level decision-makers who were responsible for mass repression and persecution" to obstruct legal investigations.

Slovakia's Lipšic agreed. "It would be the worst signal towards those who suffered under the communist regime as well as internationally if a man like Biľak was allowed to go unpunished," he said.

These opinions, understandably, are also shared by the victims of the comminust regime. Czech Catholic Bishop Václav Malý, himself a victim of communist persecution, said that "it's terrible to see how our political leaders and state representatives back away from taking responsibility for dealing with the dirty parts of our past."

But the public in both countries appears to think differently. Slovakia's Schuster captured over 50% of the vote during May Presidential elections, while the former-communist SDĽ remains arguably the strongest force in government.

In the Czech Republic, if national elections were held this month, the hard-line communist KSĽM party would win with over 23% of popular support, according to the latest poll. It seems not to have harmed the party that the father of KSĽM leader Miroslav Grebeníček is a former ŠtB officer who faces charges of torturing his communist foes with electric shocks during the late 1940's.

The ÚDV's Bret, for his part, argued that trials should proceed regardless of public apathy. "If these men go free, it will prove society's indifference and disregard for justice - the same thing that we blame the communists for," he said. "What's the difference between us and them [the communists] after all?"