The Slovak Spectator chose to honour the tenth anniversary of the Velvet Revolution with 10 portraits of Slovaks who, we feel, provided examples for the rest of society to follow. In the decade to come, we believe the achievements of these citizens will continue to inspire their compatriots. 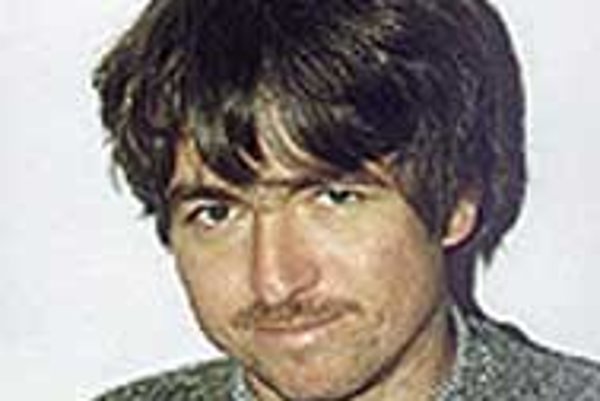 Font size:A-|A+  Comments disabled
The Slovak Spectator chose to honour the tenth anniversary of the Velvet Revolution with 10 portraits of Slovaks who, we feel, provided examples for the rest of society to follow. In the decade to come, we believe the achievements of these citizens will continue to inspire their compatriots.

Amid the eulogies, reflections and musings that have been inspired by the tenth anniversary of the Velvet Revolution in Slovakia, few testimonials to the past decade are more eloquent than the photographs of Andrej Bán.

Bán's latest collection, 'Slovakia 1989-1999,' is the work of a man who does not fall into easy traps. His portraits avoid the romantic idealism of 1930's Czech photographer Pavol Plicka. He does not try to create noble myths, as Martin Martinček did in the 1960's with his portrayal of Slovaks as a proud, lonely hill people. Nor does he wring the consciences of his viewers with shots of fetid Romany

What Bán does is to show Slovaks for what he thinks they are - a vulnerable, confused nation adrift from its roots.

"Slovakia is two nations," he said. "The first part, which still lives in villages, seems to be impervious to ongoing economic and political change. The other half of the country is suffering from the shock of modern technology, where everything is up to the individual, whom nobody helps unless he helps himself. In many ways, Bratislava has more in common with Prague than with rural Slovakia."

Bán, 35, holds degrees from both the Economic University and the Faculty of Journalism in Bratislava. He is a leading Slovak photo-journalist who has made a successful career both at home and in the Czech Republic.

His work, and his desire to show people the truth about themselves, have always involved him in controversy. He worked on the 1999 documentary film "Tiso's Shadows," a dispassionate look at Slovakia's World War II pro-fascist president. He also made a documentary for the state-run Czech Television about the deportation of Romanies from the Czech Republic to Slovakia after the split of Czechoslovakia in 1993.

Bán even broke social and political taboos in communist Czechoslovakia with a series of black and white pictures called "Roman and Greek Catholic Pilgrimages," which showed thousands of Slovaks visiting a celebration of the Virgin Mary at Litmanová - this in a country where religion was officially banned. In these pictures, Bán was challenging the blindness of the communists, much as he now attempts to open the eyes of contemporary Slovak society to its own illusions.

Apart from his photography, Bán has also been a force in the third sector. In 1988, he founded the environmental group Strom Života ('The Tree of Life') in the central Slovak village of Čierny Balog. The group volunteered to reconstruct historical buildings, and was very popular among young Slovaks after the revolution.

He also has been active in helping Kosovo rebuild, founding the NGO "Man in Peril" in May this year. Money that was raised at a Bratislava concert and through collections was used to rebuild a school in the Kosovo village of Glavčica. 'Man in Peril' will move on to bring aid to Chechnya next year. "As a journalist, I feel that it's not enough just to inform," he said.