The snap sale of 10.75% of shares in steelmaker VSŽ to companies affiliated with former VSŽ President Alexander Rezeš has thrown ownership relations at the country's largest industrial company into turmoil once again.
The shares, which were supposed to have been blocked from trading by the Bratislava Stock Exchange (BCPB), were mysteriously unblocked by the BCPB Chamber on October 22. According to the Slovak Finance Ministry, they were sold several days later to three companies registered in Cyprus, the Czech Republic and England - all of which had close ties to Rezeš. 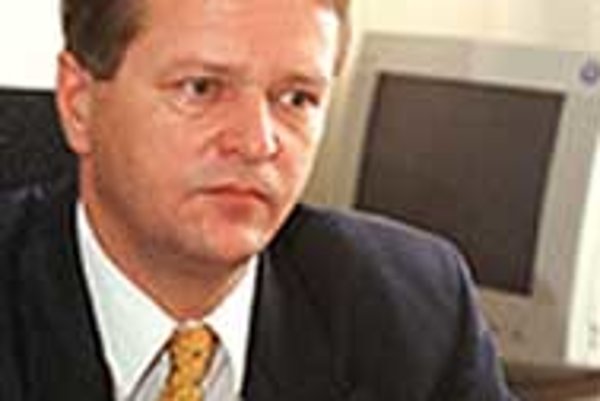 Font size:A-|A+  Comments disabled
The snap sale of 10.75% of shares in steelmaker VSŽ to companies affiliated with former VSŽ President Alexander Rezeš has thrown ownership relations at the country's largest industrial company into turmoil once again.

The shares, which were supposed to have been blocked from trading by the Bratislava Stock Exchange (BCPB), were mysteriously unblocked by the BCPB Chamber on October 22. According to the Slovak Finance Ministry, they were sold several days later to three companies registered in Cyprus, the Czech Republic and England - all of which had close ties to Rezeš.

The sale came almost exactly one month after an extraordinary shareholders meeting (EGM) at VSŽ on September 22 had confirmed the government's grip on the company, and the defeat of a clique of former managers around Rezeš. Analysts now say that the Rezeš group holds a slightly larger stake in VSŽ than the government does, and that the squabble will ultimately force all sides to speed up their search for a potential strategic investor.

"It's weird they didn't know"

The shares, which were actually sold in the last week of October, belonged to the Všeobecná akciová spoločnosť, owned by Alexander Rezeš. Because of the firm's inability to pay its debts, the 10.75% of shares the company owned in VSŽ had been taken in November, 1998 as collateral by Slovak state bank SLSP, and had been blocked from trading on the Bratislava Stock Exchange.

However, the blocked shares were assigned the same code in November 1998 by the BCPB Chamber as was given to the shares of a firm called Ferrimex, also owned by Rezeš, which held a 3.84% stake in VSŽ. When Ferrimex requested on October 15,1999 that its VSŽ shares be unblocked, and submitted the code, the chamber agreed - thereby also releasing the Všeobecná akciová spoločnosť stake.

Rezeš then transferred the Všeobecná akciová spoločnosť shares to a firm called Stavard, from where they were transferred into the portfolios of the three foreign companies.

Once it became aware of its mistake, the BCPB Chamber blamed the accidental unblocking of shares on its Secretary General, Marián Sásik. The information Sásik had provided the chamber about the transaction was misleading, his colleagues said, and none of the chamber had realised that in unblocking Ferrimex they had been letting a far larger cat out of the bag.

Finance Minister Brigita Schmögnerová immediately fired Sásik, saying that the sale had created a dangerous and disadvantageous situation for the government. The cabinet has been trying to arrange a standstill agreement and a foreign investor for VSŽ since it defaulted on a $35 million syndicated loan last November, and had recently thought it had finally consolidated control over the firm.

"This transaction considerably weakened the position of the state in VSŽ," said Finance Ministry spokesman Peter Švec, adding that the ministry considered the sale illegal and in violation of a preliminary injunction issued by a regional court last year giving control of the VSŽ shares owned by Všeobecná akciová spoločnosť to SLSP as the former's main creditor. "It's weird that the BCPB didn't know what they were deciding on," Švec said.

According to Kamil Katrenič, an equity analyst with Tatra Banka, the case suggested a certain level of prior co-ordination. "It is probable that those who made the transfer [from the account of Stavard to the three foreign companies] knew that the shares would be unblocked," he said.

Martin Barto, chief of strategy at SLSP and a member of the VSŽ Supervisory Board, said poor communication between the regional court and the BCPB was the main reason why the Všeobecná akciová spoločnosť shares had been unblocked together with the Ferrimex shares. "We [at SLSP] think that these two institutions failed," Barto said. According to Barto, SLSP will now do its best to get the shares back through the courts.

Tatra Banka's Katrenič explained that SLSP has only two ways to get the shares back. "They will either come to the conclusion that they cannot change the current situation and will demand reparation from the party which caused the damages, or they will prove that the three [foreign] entities which now own the shares acted in league with each other, lay charges against them and get the shares back through the courts," Katrenič said.

According to Švec, the Finance Ministry has already discovered that two of the three companies, registered in Great Britain and in the Czech Republic and now owning 9.2% of shares, acted in league and are connected with companies owned by Rezeš. "If we [the Finance Ministry] can prove this information, their shareholders rights will be blocked," Švec said.

With the support of VSŽ shareholder Hutník, which worked closely with former VSŽ management at the September EGM, Rezeš now controls about 31% of shares, some 3% more than the state. Katrenič said that Rezeš and the government had now arrived at a stand-off, and were both dependent on support from foreign shareholders to impose their will on VSŽ.

The state managed to have the entire VSŽ Supervisory Board sacked at the September EGM, and a new board stacked with pro-government candidates. VSŽ President Gabriel Eichler, another state pick appointed in December, 1998, was confirmed in his job.

But as recent developments indicate, the Rezeš group did not take its September defeat lying down. On October 28, VSŽ spokesman Jozef Marko announced that unknown people close to Košice mafia boss Karol K. had tried to kidnap one of VSŽ's divisional directors, Štefan Sarnovský, from the Košice airport on October 24.

"This attempted kidnapping proves that the Rezeš group is becoming more nervous," said Švec, adding that "it's a good signal for VSŽ and the government that it [the Rezeš group] cannot put its intentions into practise. I believe that the latest events will persuade everybody engaged in choosing a strategic partner that the sooner VSŽ gets a partner, the quicker the whole situation will be stabilised."