Martin Kusý (b. 1948) is President of the Association of Slovak Architects, and has worked on major projects such as the new National Bank of Slovakia headquarters (estimated by the Finance Ministry at five billion Slovak crowns), the Slovak National Theatre (two billion crowns), the Žilina hydroelectric dam and many others.
The Slovak Spectator visited Kusý's Bratislava office on November 3 to discuss the state of Slovak architecture in the 1990's. 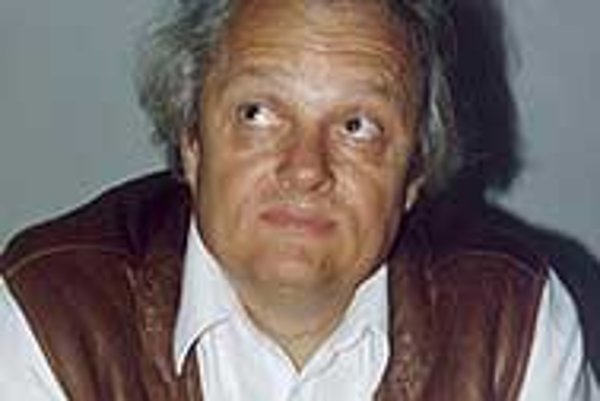 Font size:A-|A+  Comments disabled
Martin Kusý (b. 1948) is President of the Association of Slovak Architects, and has worked on major projects such as the new National Bank of Slovakia headquarters (estimated by the Finance Ministry at five billion Slovak crowns), the Slovak National Theatre (two billion crowns), the Žilina hydroelectric dam and many others.

The Slovak Spectator visited Kusý's Bratislava office on November 3 to discuss the state of Slovak architecture in the 1990's.

The Slovak Spectator (TSS): Is it possible to identify any typical Slovak architectural style of the 1990's?

Martin Kusý (MK): Architecture reflects the era in which it is created. I don't think there is any difference between architecture before and after the split of the Czech and Slovak Republics in 1993. The main revolution in architecture took place in 1990. It's easier for us to judge now, 10 years after the revolution, what those changes meant. Our society is troubled by many social problems and difficulties, and this fact is reflected in today's architecture. But I would rather leave theoreticians and time to settle the question of what actually happened here.

TSS: What do Slovak architects have to say about this situation?

MK: Architects themselves often are unable to cope with the existing situation, as they were educated in a different way. After 1990, new possibilities opened up for Slovak architects - they had access to construction materials for their projects that were not available before the revolution. This opened up room for fantasy and creativity, but very often it led to the misuse of materials, and many unshapely buildings were created as a result. Modesty was forgotten.

In genuine Slovak architecture there is a typical element of modesty. But the problem nowadays is a surplus of money. Many architects are doing only superficial projects, they are decorating buildings using many materials and colours, and their buildings are calculated to look good from the outside. Nowadays, the effect is what counts.

TSS: How would you define 'typical' Slovak architecture?

MK: It is impossible to give an accurate definition. In Slovakia you cannot produce French architecture, for example; the gothic style exists here, but has been adorned with typical Slovak traits. Good Slovak architecture can be observed in the work of Emil Belluš, who was a master of detail in his designs.

But to give an answer to this question for a popular newspaper that is read by the lay public is almost impossible. This would be topic for a specialised symposium. However, I can try to describe it as follows: Slovak people are used to living in the countryside. Towns began to expand, and urbanisation took off at the beginning of the twentieth century. Slovakia is not what we would call an urbanised nation. The twentieth century generally witnessed a movement of people into towns, and in Slovakia this happened particularly after 1948 when masses of workers settled in urban areas, partly under political pressure. After World War II there was an explosion of construction. These construction projects had to be done quickly, and thus many mistakes were made. We can see the result now. Whole towns cannot be built in one generation, and the same mistakes that were committed in Slovakia were made in large agglomerations of housing estates around the world.

TSS: Who do you respect among Slovak architects?

MK: You can't make top ten charts in architecture. Slovak architects gave birth to works that can easily be seen as part of European architecture. I personally like the older generation of architects, among whom are Michal Milan Harminc, Emil Belluš, Dušan Jurkovič, Ferdinand Milučký, Eugen Kramár, Martin Kusý Sr., Ivan Matušík, Ján Bahna, Juraj Ľupták, Pavel Paňák and Ľubo Závodný. The younger generation, which graduated towards the end of the 1980's, has a more contemporary view, and craft and design are considered part of the architecture. Among the representatives of this generation there is Roman Hájek and Peter Šmondrt. Their architectural work is best described as clean, rational and well-designed.

TSS: Do you see any particular influence from western style architecture in Slovakia?

MK: If you look at banks and shopping malls, these are all big projects, but I would rather not use the word architecture in these cases. On the other hand, despite criticism of some of the architecture being done in Slovakia, we have nothing to be ashamed of, these projects are as good as any western architectural projects. The buildings you can see here could easily compete with the general global standard. Even the western companies have only rarely already prepared projects for what they imagine their spaces will look like.

It is a real bonus for the architect if he has an enlightened investor. Few people realise that architecture gives a client image. It has to do with the cultural level of the client himself, and of society as a whole. Some companies realise this, and choose only top quality architects.

For example, during the 1990's, Slovakia built 300-400 new churches. I find the architecture of those churches very poor, and I can't understand that an investor like the church produced such architecture. The priests chose probably the cheapest solutions. But beautiful things can be made cheaply. If any building has a clear design it should be a church, but the newly built churches use so many ornaments and decorations.

As to influences, I must point out that 1,000 Slovak architects will not all have the same opinion. For example, eastern Slovakia is heavily influenced by the 'organic architecture' typical of Hungarian architect Imre Mackovecz. It is typical of Slovaks to follow foreign trends.

TSS: How did Slovakia get so many hideous housing blocks [paneláky]?

MK: Panel construction [in which apartment buildings are assembled as a series of concrete pannels] is used all over the world, and it's very expensive. But in the past [the 1960's and 1970's], the task was to build around 100,000 new flats using the construction techniques and human capacity that was available back then. Architects were right in saying they couldn't have done it any other way. A few of the suburbs they built meet European criteria. On the other hand, only fragments of the original architecture projects were completed, leaving suburbs that were susceptible to social problems.

After the 1990's, architects began looking for a solution to the problems of suburban developments. One of the ideas they had was to 'humanize' the suburbs. But a suburb like Petržalka couldn't be humanized even in 10 years. Another solution was to put a sort of "hat," a raised and peaked roof, on top of each existing block of flats. But this doesn't solve the problem either.

Slovakia is a rich country of many architectural types, many historical buildings, and our relationship with them was either positive or negative in the past. Old towns were ignored, destroyed or renovated. But life changes everything, and this so-called globalisation has also influenced this country. It will take generations to solve the problems of this country.