Amid the general rejoicing which followed the election victory of the current government parties last September, the voices of Slovak cultural figures - actors, painters, film makers, musicians and writers - rang jubilant above the rest. After years of fighting the attempts of the previous Mečiar government to stifle cultural expression, Slovak artists saw the election of the Dzurinda government as the birth of a new era of cultural freedom.
But more than a year later, and 10 years after the 1989 Velvet Revolution, Slovak artists say that their newfound freedom is of little use if the state does not fund artistic projects adequately. 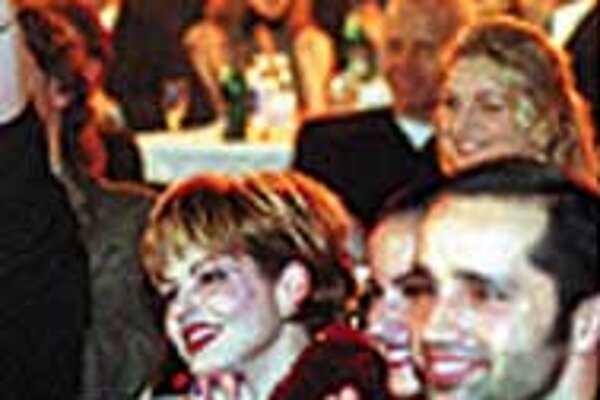 Font size:A-|A+  Comments disabled
Amid the general rejoicing which followed the election victory of the current government parties last September, the voices of Slovak cultural figures - actors, painters, film makers, musicians and writers - rang jubilant above the rest. After years of fighting the attempts of the previous Mečiar government to stifle cultural expression, Slovak artists saw the election of the Dzurinda government as the birth of a new era of cultural freedom.

But more than a year later, and 10 years after the 1989 Velvet Revolution, Slovak artists say that their newfound freedom is of little use if the state does not fund artistic projects adequately.

Moreover, the artists say, the little money the Culture Ministry does have available is not divided fairly. No rules exist for deciding which projects get funding, a chaotic situation which breeds jealousies between artists and leaves hundreds of deserving projects to wither for lack of support.

"In Slovakia, there are no rules governing what forms of culture should be supported," said Silvester Lavrík, a director in several Slovak and Czech theatres. "We need new rules to give all creators of art the same chances."

Blaho Uhlár, director of the Stoka fringe theatre in Bratislava, called the system of state funding for culture in Slovakia "feudal." The country's four state theatres, he said, received far more funding than independent theatres, despite a promise in the government's November 1998 manifesto to develop "state and non-state" culture "in a democratic environment."

Artists blame most of the abuse they suffer on funding decisions taken at the Culture Ministry. The ministry had a budget of 2.2 billion Slovak crowns ($54 million) in 1999, the same figure as in 1998. Of this sum, 80.6 million was reserved for "special transfers" to needy culture projects, while 82 million crowns ($2 million) was released to Pro Slovakia, the most important source of funding for independent artistic projects in the country.

The Pro Slovakia commissions responsible for picking which projects would be supported approved 808 out of 2,397 submissions, but only 3.6% of the money (2.4 billion crowns) requested by the applicants.

Despite the apparent poverty of the ministry, however, 120 million crowns has been earmarked from the ministry's budget this year for construction of the new Slovak National Theatre building. A further 1.67 billion will be spent from 2000-2002.

"This is a ridiculous decision," said Ladislav Snopko, former Culture Minister and founder of Pro Slovakia in 1992. "For this kind of money, we could have made 20 films, for example," he continued. "We are a poor country, and there is no point in building such a monstrosity."

Many Slovak cultural figures now catalogue the nation's art in terms of what projects have not been undertaken rather than what has been accomplished. Peter Dubecký, director of the Slovak Film Institute, said that "only three or four movies will be released in Slovakia in 1999, even though cinema is the most important means of presenting Slovak culture abroad."

Pro Slovakia put aside only nine million crowns for funding film projects in 1999, to which the Culture Ministry added a further 5.5 million crowns. Snopko said this was laughably insufficient. "An average film costs 16 to 20 million crowns to produce, so this 14.5 million is helpful only for the smallest projects," he said.

Writers are also in retreat in Slovakia. Pro Slovakia approved only 1.3 million crowns ($32,000) in funding this year, all of which was put into translating foreign works into Slovak. Slovak writers only get money for children's litereature, a decision that prompted the country's nine independent publishing houses to join forces this year to create a union known as Index to help with the distribution and promotion of new, young writers. Publisher Koloman Bagala said that Index would also lobby the government for funding in the year 2000. "We have to take care of ourselves," he said.

Among those who have found artistic success in the 1990's are pop musicians like Richard Müller, who last month won the 1999 Best Album award from the Slovak Copyright Association. Müller, who puts out a new album every two years, has made a career out of soulful pop ballads rendered in his husky voice.

Müller explained that under communism, when he got his musical start, the relationship between musicians and the state was on a different footing than that of other artists. "Pop music under communism had its own capitalist logic," he said. "If music was good and popular, it sold - even 500,000 copies. It was absurd."

Müller explained that this lesson in capitalism - musicians had to be good to be successful - in some ways had prepared them better for the transition to capitalism than other artists, who had always been taught that conformity was the key to success, and had always depended on the state rather than the paying public to support them.

The idea that art should support itself encounters stern resistance among Slovak artists. Theatre director Lavrík said that independent theatres in Slovakia would never be able to support themselves because the public was simply not interested in alternative forms of art. "The problem is that audiences are not interested in what is staged at independent theatres because these are not mainstream genres. People like [Stoka Director] Uhlár have to accept that they are on the periphery of public interest, and that they can't compete with national theatres."

With an artistically timid citizenry, and a cash-strapped Culture Ministry, Slovak artists have only one avenue of survival open to them - winning sponsorship from the foreign institutions operating in Slovakia.

Foreign grants for Slovak culture became commonplace during the 1994-1998 Mečiar government. The Swiss Pro Helvetia Fund pumped 170,000 Swiss francs into the Association of Slovak Film Clubs from 1996 to 1998, while the European Commission Delegation to Slovakia rescued an ancient theatre festival, Divadelná Nitra, from extinction in 1997 after its funding was cut off by then-Culture Minister Ivan Hudec.

Stoka's Uhlár said that Slovak society had in the past often unfairly looked down on theatres relying on foreign grants, accusing them of being funded by "dirty western money."

But Snopko said that Slovak society had only itself to blame for having neglected its cultural development. "Slovak culture was destroyed by Slovaks, not by American movies," he said.