A first for Ireland and Slovakia

Ireland's first ambassador to Slovakia, Tom Lyons, has arrived in Bratislava after a two and a half year posting in Tehran, Iran. His career with the Irish Department of Foreign Affairs, which spans three decades and three continents, has take him to Lagos, New York, Chicago, Geneva and Paris.
In an interview last week with The Slovak Spectator, Lyons said one of the embassy's aims will be to facilitate Slovakia's EU ambitions and build trade links between the two countries. 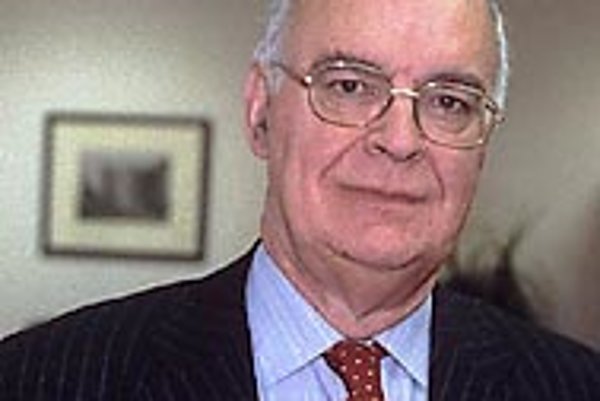 Font size:A-|A+0
Ireland's first ambassador to Slovakia, Tom Lyons, has arrived in Bratislava after a two and a half year posting in Tehran, Iran. His career with the Irish Department of Foreign Affairs, which spans three decades and three continents, has take him to Lagos, New York, Chicago, Geneva and Paris.

In an interview last week with The Slovak Spectator, Lyons said one of the embassy's aims will be to facilitate Slovakia's EU ambitions and build trade links between the two countries.

The Slovak Spectator: Why now for an Irish Embassy in Slovakia?

Tom Lyons: We already have embassies in three of the countries in the first group which is expected to qualify for membership in the EU, and we have decided to open in the other three, and in time in all the applicant countries. As far as Slovakia is concerned, it already has an embassy in Ireland.

Slovakia has made very considerable progress towards fulfilling the requirements for entry to the EU and has closed the gap with the countries in the first group. There have been a number of high level visits in both directions in recent times, including by our deputy prime minister and minister for foreign affairs last year.

Given all this, Slovakia was a logical candidate for a new embassy. There is already a certain level of trade and cultural contacts and we hope to build on these when the embassy is fully operational.

TSS: What does the Irish government think of Slovakia's EU and NATO ambitions?

TL: As I said, we believe that Slovakia has made considerable progress towards meeting the requirements for EU membership. From a position where it was behind the first group of applicants it has now closed the gap and caught up with them.

It is closing chapters in the European Commission's entry "road map" at a very satisfactory rate and all the signs are that it will be ready for accession with the first group of countries to be admitted. We are very happy with this prospect and we hope that everything will continue to go smoothly.

Ireland is not a member of NATO and any decisions regarding that organisation are of course for the members to take. Our decisions on admission of Slovakia to the EU will be taken on the basis of the EU criteria and whether or not Slovakia meets them.

TSS: Ireland's rejection of the Nice Treaty, which is essentially a map for expansion, has made Slovakiaşs progression to the EU less straightforward. Did you discuss the Nice Treaty with Foreign Minister Eduard Kukan?

TL: It came up in our discussions, as you might expect, and he has already had opportunities to discuss it at higher levels. The position of the government is that the outcome of the referendum should not be interpreted as a vote against enlargement and that Ireland is committed to the entry of the candidate countries, including Slovakia, into the EU when they fulfil the requirements.

The referendum campaign was complicated by the introduction of extraneous issues which had the effect of deflecting attention from the real questions, but public opinion surveys since then have shown that there is still a majority in favour of enlargement.

TSS: Would a return to power for Vladimír Mečiar influence Ireland's relationship with Slovakia?

TL: I know that there is great interest and some concern about the outcome of next year's election.

Ireland's relations with Slovakia are very good and I do not expect that to change. Having said that, I believe that our view on Slovakia after the elections will naturally take account of the policies of whatever government comes to office.

We will of course, like other countries, be following the election campaign closely and will be very interested in the programmes put forward by the various parties, but what is more important is how these programmes are implemented afterwards, and our judgment will be formed on the basis of what we see then.

TL: It would be fair to say that in the past we have been more noted for attracting foreign investment than for investing abroad, but in recent times a number of Irish companies have made successful investments in various countries.

I have the impression that Irish companies are very interested in the potential of central and eastern European countries for investment and partnerships, and some are already investing or exploring these markets.

One Irish manufacturing company has established itself in eastern Slovakia. I would say that the attitude of Irish investors towards Slovakia and the other applicant countries is quite positive.

Because of our record in attracting foreign investment we know what is required to create investor confidence, and there are certain things I would expect our companies to look for, particularly a positive attitude on the part of the government and a suitable legal and regulatory framework.

I feel confident that Slovakia will be able to offer the right conditions. We expect too that the development of the single market will help investment flows throughout the EU.

TSS: Slovakia is perceived as a place where corruption is rife. How will the Irish embassy address this?

If problems of shortcomings are identified, what will be important is that the government takes action to remedy them. I have the impression that the Slovak government is aware of what is expected in this area and is willing to do what is necessary.

Meanwhile, we fully support efforts by the EU to help Slovakia develop its administrative capabilities in this area.

TSS: Is Ireland likely to drop the visa requirement for Slovak citizens?

TL: Ireland has had a common travel area with the UK for many years, going back to before the EU or the Schengen arrangements existed. When the UK decided to require visas of Slovak citizens in 1998 we did likewise because the common travel area required this.

We have in the meantime done everything open to us to make the requirement as little troublesome as possible for Slovak citizens, and I hope that things will be easier now that we have a resident embassy in Bratislava. Of course, if there is any change in the situation which gave rise to our decision we would look at it again