Slovak refinery Slovnaft, the losers of a tender for crude oil pipeline operator Transpetrol, have asked the government to re-evaluate its decision to award a 49% stake in the company to Russian oil giant Yukos.
Yukos offered $74 million for the stake, which includes management control of Transpetrol.
Privatisation Minister Mária Machová refused to disclose the full details of Slovnaft's offer, but a spokesman for the refinery insisted they had offered $85.4 million for the stake. 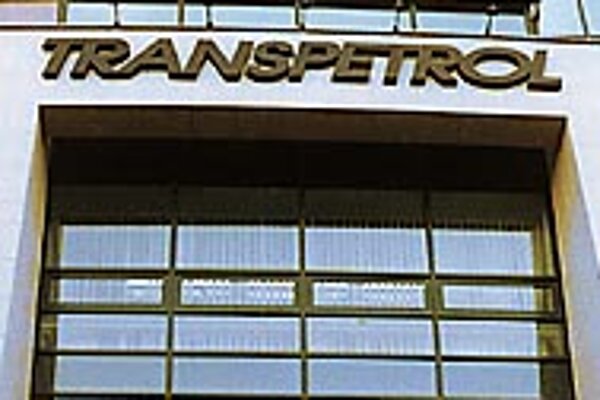 Font size:A-|A+  Comments disabled
Slovak refinery Slovnaft, the losers of a tender for crude oil pipeline operator Transpetrol, have asked the government to re-evaluate its decision to award a 49% stake in the company to Russian oil giant Yukos.

Yukos offered $74 million for the stake, which includes management control of Transpetrol.

Privatisation Minister Mária Machová refused to disclose the full details of Slovnaft's offer, but a spokesman for the refinery insisted they had offered $85.4 million for the stake.

Ľubomír Žitňan said Slovnaft had offered $65.4 million cash and the free transfer of crude oil storage facilities, which they estimated to be worth $20 million.

"One of the criteria to get the Transpetrol stake was price, and we offered $85.4 million, which is more than our competitor's offer," Žitňan said.

"We also signed a contract promising we would cover any investments needed to bring the storage facilities up to the required standards, which would help the government solve its problem with lack of oil storage space."

But the tender selection committee said it would not be re-evaluating its decision to go with Yukos.

László Hóka, a member of the selection team, said: "I am sorry for Slovnaft because it is a domestic company, but in two of the four criteria which the commission was evaluating, Yukos offered more than Slovnaft. It was simply the figures which spoke for Yukos, and I don't see any reason to re-evaluate the decision."

Hóka explained that the commission had valued the storage facilities offered by Slovnaft at less than $20 million. He added that Slovnaft did not have enough money to finance their reconstruction, which he said had been estimated as costing Sk3 to Sk5 billion - as much as the entire price paid for the 49% stake at Transpetrol.

Yukos said it believed the tender commission's decision would be approved by cabinet when presented by Machová on December 19.

A company representative said: 'The acquisition of the stake is a part of our international activities aimed at increasing our share on European markets. After the cabinet's approval we will continue in the transaction according to the agreed terms."

The tender commission had originally been expected to reach a decision on November 30, but on December 4 asked the companies to resubmit higher offers because "both offers were of good quality but were too low".

Prior to the decision, Machová said price should be 60% decisive in choosing the investor, with other criteria including capital strength, development plans and ability to upgrade Transpetrol facilities.

Of the six companies that made preliminary bids, four later pulled out: Russian company Rosneft said it had concerns over an ongoing legal battle for 34% of Transpetrol shares, while multinational Texaco and Russia's Surgutneftegas gave no reason, and Czech refiner Česká Rafinérska withdrew at the behest of shareholders.

Both Yukos and Slovnaft proposed increasing the volume of oil transported through Transpetrol's Družba pipeline and using the new Adria pipeline to the Balkans.

Yukos is the second largest Russian oil company. In 2000 it posted profits of $3.3 billion on a turnover of $9.8 billion - almost half of Slovakia's GDP.

"Any investment into Transpetrol represents just a small portion of Yukos' assets because it invests $1 billion into increasing production every year," said Dimitrij Avdeev, an analyst with the United Financial Group in Moscow.

Avdeev added that Yukos has earmarked about $4 billion for further expansion into the European market.