Under the former communist regime in the 1960's and 1970's, the Slovnaft oil refinery was a polluting blight on the Slovak capital of Bratislava. From its site on the south-east edge of the city, the huge refinery clouded the air with a dirty smog and dumped waste into the Danube River.
The image of Slovnaft as a titanic polluter has steadily softened since the 1989 Velvet Revolution, however. Everyone - government officials, Slovnaft brass and environmental activists - agrees that the oil refinery has made great strides in reducing the amounts of toxins and waste materials it releases into the surrounding environment. 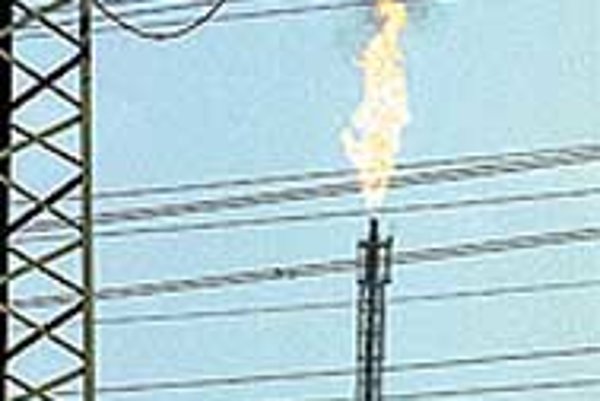 Font size:A-|A+  Comments disabled
Under the former communist regime in the 1960's and 1970's, the Slovnaft oil refinery was a polluting blight on the Slovak capital of Bratislava. From its site on the south-east edge of the city, the huge refinery clouded the air with a dirty smog and dumped waste into the Danube River.

The image of Slovnaft as a titanic polluter has steadily softened since the 1989 Velvet Revolution, however. Everyone - government officials, Slovnaft brass and environmental activists - agrees that the oil refinery has made great strides in reducing the amounts of toxins and waste materials it releases into the surrounding environment.

Despite the improvements, some environmentalists say that no matter how environmentally-friendly Slovnaft may become, its ecologically sensitive location will forever render it an environmental hazard.

Slovnaft's location is bad, environmentalists say, not only because it sits on top of a fresh water reservoir (Žitný Ostrov), but also because it lies beside the largest urban centre in the country, and is directly upstream from the lush farmlands of southern Slovakia, arguably the most fertile land in all of Europe.

"The question is whether or not it is possible to manage a petrochemical plant in a location like Slovnaft's," said Mikuláš Huba, president the environmental non-government organisation The Society for Sustainable Living. "It would be better if the factory was even 10 kilometres outside of Bratislava, but this location is stupid."

Slovnaft was founded in 1887 as a company called Apollo. Situated near the current downtown Bratislava Comenius University complex, Apollo's location devasted the environment. The Apollo site was destroyed by American troops in World War II. In the 1960's, the communist government began building a new refinery called Slovnaft at a location called Vlčie Hrdlo (Wolf's Throat).

Unfortunately, the new site happened to be directly atop the largest natural resevoir of fresh water in central Europe (Žitny Ostrov, or 'Wheat Island'). The extent of the damage that Slovnaft caused to this reservoir by freely dumping crude oil was not guaged until 1987. In that year, a study performed by a Czechoslovak environmental organisation discovered that the 15 billion cubic metres (m3) of underground water in the Žitny Ostrov resevoir was covered by 100,000 m3 of oil-based waste that Slovnaft had dumped.

The 1987 study showed that even if Slovnaft had stopped polluting immediately, it would have taken some 28 years to pump out all the crude oil.

Upon discovering the dimensions of the problem in 1987, Slovnaft officials say, the refinery took action to clean up the mess by drilling a series of pumps around the plant to extract the waste. Now, 12 years later, Ladislav Potreský, technology manager of Slovnaft's Environmental Fuel Project Apollo (EFPA), says that the pumps the refinery installed have already served their purpose in cleaning the resevoir, and now serve as protection against future pollution in the gound water. "There is no longer any threat that Slovnaft can pollute Žitný Ostrov," he said.

The second great environmental threat that Slovnaft posed to the countryside was emissions of sulphur from crude oil processing. Here again, company and state officials say that Slovnaft has made great strides.

According to Potreský, Slovnaft imports its crude oil from Russia. The heating oil which is refined from the crude used to contain 3% sulphur. During communism, homes and businesses using heating oil simply released this sulphur into the atmosphere, creating clouds of choking smog.

Potreský explained that the situation changed suddenly in 1992, when a federal law passed in Czechoslovakia ruled that heating oil could contain a maximum of 1% sulphur per ton, meaning that home use became cleaner, but putting the onus on Slovnaft to remove the sulphur itself.

Slovnaft Environmental Departments Director Viera Pastusaková said that Slovnaft had been unable to reduce its own emissions during the 1990's, with 19,586 tonnes of suplhur dioxide released in 1991 and 20,310 tonnes in 1998.

Since 1996, however, the refinery has invested over 20 billion Slovak crowns ($500 million) in its EFPA programme, which is designed to reduce sulphur emissions to 9,800 tonnes when it comes on line in 2000.

Environment Minister Lászlo Mikloš said that Slovnaft has adopted many sophisticated environmental programmes that are fully compatible with international standards. "With high level programs such as EFPA, Slovnaft has really improved its reputation over the last ten years."

Environmentalist Huba, however, said that however much Slovnaft improved, it could never fully compensate for the fact that the plant is located in an environmentally sensitive area.

"Slovnaft sits atop the biggest natural resevoir of fresh water in central Europe," Huba said. "Also, the Danube River irrigates the land downstream, which makes [southern Slovakia] very fertile because the river brings minerals and natural fertilizers from the Alps. These geographic conditions over the last 100 million years have made the land very rich."

Slovnaft used to dump waste directly into the Danube, Huba said. Although company officials say they abandoned this practice in 1992, Huba said he suspected some waste was still making its way downstream. "Yes, there have been some improvements, but it's nonsense to say that Slovnaft could ever be a positive environmental leader because of their stupid location," Huba said.

Minister Mikloš agreed that Slovnaft inhabited an unfortunate location, but said that moving the refinery to a better spot was "unrealistic." Instead, Mikloš applauded the oil firm for doing all it could. "I think that Slovnaft made a good decision to invest into these cleaning programmes," he said. "Any idea to simply close Slovnaft is out of the question."

The idea of moving Slovnaft has been raised before. Twenty years ago a proposal was made under the former communist government to shift the company's operations from its current Bratislava location to a different site near Nitra. However, the plan was abandoned.

Potreský said that such a move would not have made sense. Pumps currently surrounding the plant remove and recycle the crude oil which Slovnaft has in the past spilled into the ground water, he said. Even if the company had moved to the Nitra site, the drills would have had to stay in Bratislava to continue pumping the oil from the ground. In fact, Potreský continued, the only advantage of the Nitra site would have been that pollutant emissions into the air would have been further away from the capital city.

For their part, environmentalists say that economic calculations alone should not outweigh ecological arguments. Juraj Rizman, former spokesman of the environmental group Greenpeace, said that by leaving Slovnaft in its current site, the government was adding fresh damage to that already incurred, because Slovnaft's presence effectively turned the area into an industrial zone, giving other companies, such as garbage incinerators, a free hand to erect similiar pollution-causing sites nearby.

"The building of Slovnaft turned the area into an industrial zone and allowed for other environmentally hazardous plants to open up," Rizman explained.

Mikloš, however, said that ecological concerns and economic imperatives were not mutually exclusive, and that in time, pressures on companies to improve the environmental standards would bring about the necessary ecological safeguards. As Slovnaft had improved its environmental standards, he said, the refinery's efficiency had also improved. "This confirms that what is ecological is also economic and vice-versa," Mikloš said.

Economic analysts agree that economic interests have forced traditional polluters like Slovnaft to clean up their acts. Ivan Chodák, an equity analyst for CA IB Securities, said that the prospect of joining the European Union and its lucrative markets had given Slovnaft strong motivation to cut emissions.

"A couple of companies, like [state gas utility] SPP, [steelmaker] VSŽ and Slovnaft, were simply forced to invest in upgrades in order to become more environmentally friendly and gradually meet European Union criteria," he said. "As a result, they have improved their production technology."

Activists like Huba, however, remain deeply suspicious of the newfound corporate concern for the environment. "I oppose Slovnaft's propoganda, which says that they are environmental leaders," he said. "Yes, they've improved since the 70's and 80's when terrible damage was done, but it's easy to improve when you start so low. And they are still nowhere near Western standards."