Jozef Migaš, the Speaker of the Slovak Parliament, returned on October 2 from a seven-day visit to Russia. Some members of the Slovak parliament say they'd like to know what he was doing there in the first place.
Migaš explained that he had been helping to advance negotiations on the settlement of Russia's debt to Slovakia. "I opened the door, and now it's up to Slovak ministries to rush into Russia to negotiate," Migaš said at a press conference on October 4. 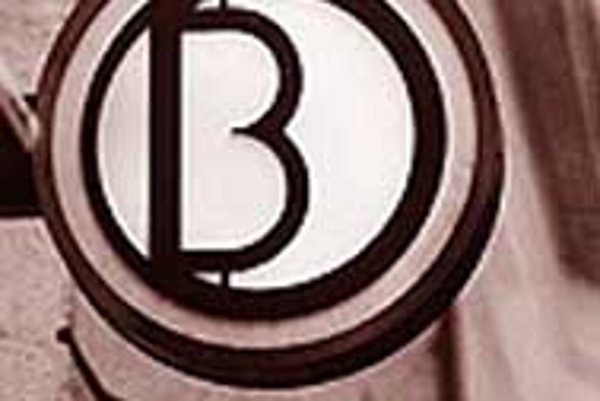 Font size:A-|A+  Comments disabled
Jozef Migaš, the Speaker of the Slovak Parliament, returned on October 2 from a seven-day visit to Russia. Some members of the Slovak parliament say they'd like to know what he was doing there in the first place.

Migaš explained that he had been helping to advance negotiations on the settlement of Russia's debt to Slovakia. "I opened the door, and now it's up to Slovak ministries to rush into Russia to negotiate," Migaš said at a press conference on October 4.

Migaš began his visit in the Kemerov district in the Russian Far East, where he met Kemerov Governor Aman Tulejev. Kemerov is a major producer of black coal, which Slovakia hopes to import in lieu of Russian debt payments. From Kemerov, Migaš travelled to Moscow, and on his return announced that he had opened the door to $40 million in black coal imports to Slovakia this year.

But František Šebej, the chairman of the Parliamentary Committee for European Integration, questioned his boss's motives in visiting Russia, especially since debt settlement is a matter for the Finance Ministries of the two countries.

"Frankly, it [Migaš' visit] left me perplexed," he told The Slovak Spectator on October 6, adding that Migaš had no authority to make deals with Russian companies. "It's comical to hear the Speaker of Parliament saying that he made a deal on black coal supplies. We all know that there is enough coal in Russia, but the point is that the Russian Finance Ministry has to pay these coal companies before Slovakia can profit from Migaš's trip."

Six years ago, Russia began to repay a debt it owes to central European countries, and which it inherited from the former Soviet Union. In 1993, Russia owed its central European creditors approximately $7 billion, of which $1.6 billion was owed to Slovakia. Because of its shortage of hard currency, the Russian government offered to pay its debt in the form of supplies that it would send to creditor countries.

According to this policy, Slovakia and other creditors import products for free from selected Russian companies. These firms in turn get paid by the Russian government, which deducts an equivalent amount from its outstanding debts. These transfers of money and goods have a strong political aspect, because most supplies coming out of Russia for the last six years have consisted of guns and armaments.

In the spring of 1999, however, Slovak and Russian officials agreed that weapons and armements would no longer be accepted in exchange for debt - instead, supplies of black coal, nuclear fuel and electricity would be imported to Slovakia, principally by state energy utility Slovenské Elektrárne.

On his return from Russia, Migaš expressed his hope that Slovakia could draw black coal imports worth $40 million against the outstanding Russian debt by the end of this year. But Alexander Duleba, a political analyst with the Slovak Foreign Policy Association, said that the recent switch in Slovak government policy on armaments had poisoned debt settlement relations.

"I think there is just a small chance to meet this goal [of $40 million in black coal imports]," said Duleba on October 4. "Russian policy towards Slovakia is now influenced by the decision of the Slovak government to refuse the Russian S-300 anti-missile system as part of debt settlement. If they [the Russians] now can't sell armaments to Slovakia, they won't be interested in supplying us [Slovakia] with coal or oil [under the debt settlement scheme]. We will have to buy it, and pay for it in dollars."

Duleba also said he felt that Slovak politicians like Migaš had little direct influence with the Russian government. "It's necessary, if Slovakia wants to deal with Russia, to get close to Russian politicians who have their own channels to Moscow," Duleba said, suggesting that Kemerov Governor Tulejev could be one of those persons.

The settlement of Russia's debt to Slovakia became a hot topic recently when Devín Banka was awarded a tender to mediate the settlement of almost $450 million in debt. Deputy Prime Minister Ivan Mikloš said the tender conditions had been unfair, and had favoured Devín Banka over other applicants, but the government ruled that the tender be allowed to stand.

Devín Banka, which held the debt settlement contract under the Mečiar government and still owes the Finance Ministry a reported 10 billion Slovak crowns in unpaid dues, is closely linked to Migaš's SDĽ party. Some analysts have said that Migaš's visit to Russia may have been designed to help Devín Banka start earning its 20% commission on debt settelement.

Evidence of a Devín-SDĽ connection has always been hard to refute. Finance Minister and SDĽ member Brigita Schmögnerová shocked the public in February when she proposed in a secret letter that Devín Banka be awarded the settlement contract - without a tender being called. Devín Banka is still a major advertiser in the SDĽ's party newspaper, Slovo.

The connections between the bank and the party are personal as well. Devin Banka general director Ľubomír Kanis is an SDĽ member and an old friend of Migaš. Slovenské Elektrárne Director Štefan Košovan, who awarded the settlement mediation contract to Devín Banka, was before November 1998 a member of Devin Banka's Supervisory Board.

Peter Pažitný, an analyst with economic think tank MESA 10, said that "personal connections in Slovakia still mean a lot, and Migaš's unusual visit to Russia is indirect evidence of strong ties between the SDĽ and Devín Banka."

But SDĽ Vice-Chairman Ľubomír Andrássy said on an October 4 talk show on the private TV Markíza that Devín Banka's holding of the settlement contract had not influenced Migaš's decision to visit Russia. According to him, Migaš's efforts to get debt settlement moving again were motivated "only by Slovak interests."

SDĽ spokesman Braňo Ondruš told The Slovak Spectator on October 7 that Migaš never allowed his friendship with Kanis to influence his professional behaviour.

"No connection exists between Devín banka and the SDĽ," he said. "There is only a personal friendship between the boss of the SDĽ and the boss of Devín Banka... Both men could pretend that they don't know each other, and they could hold secret meetings abroad. But it is not the SDĽ's political style to hide what we do and why."

Political analyst Duleba, for his part, said that whatever the exact nature of the ties between Devín Banka and the SDĽ, non-transparency still ruled decisions made by the Slovak government on debt settlement issues. "The current Slovak government doesn't govern in accordance with it's own manifesto," he said. "They said debt settlement would be transparent and under public control, but it definitely isn't so."