Foreign companies in Slovakia say that proposed amendments to Slovakia's existing labour laws will make the country less attractive to potential investors. They are so worried, in fact, that they have called for a meeting with the Members of Parliament currently discussing the amendments.
The foreign executives dislike two of the proposals in particular - one restricting the practice of issuing temporary or renewable contracts, and another requiring companies to notify the local labour office whenever 20 or more employees leave the company over a three month span. 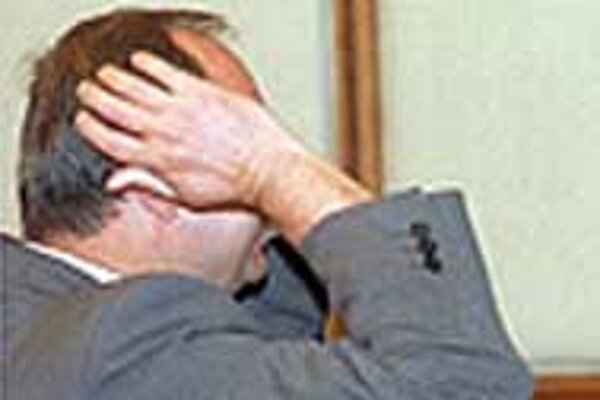 Font size:A-|A+  Comments disabled
Foreign companies in Slovakia say that proposed amendments to Slovakia's existing labour laws will make the country less attractive to potential investors. They are so worried, in fact, that they have called for a meeting with the Members of Parliament currently discussing the amendments.

The foreign executives dislike two of the proposals in particular - one restricting the practice of issuing temporary or renewable contracts, and another requiring companies to notify the local labour office whenever 20 or more employees leave the company over a three month span.

According to Labour Minister Peter Magvaši, these changes will help protect the individual rights of Slovak workers, and will prevent employers from initiating mass firings. Magvaši also said that the changes were in line with the country's preparations for early European Union entry.

Investors, however, say that the labour law changes will hurt Slovakia in the long run. While conceding that the Slovak government must take steps to halt the sudden rise in unemployment, currently at 19.1%, they say that politicians are in danger of creating an inflexible labour market, where foreign firms will not be able to react fluidly to economic upturns and downturns.

"In restricting businesses from developing their flexibility and increased responsiveness to the markets in which they must compete, [the government is preventing] corporations from expanding and thus employing more people," said Gary Brown, Manager Director of Avant Slovakia in Piešťany. Avant is a daughter company of Kimberly Clark, an international producer of medical products.

For Martin Staples, director of Emerson Electric Slovakia, this would seriously hinder the competitiveness of his firm, which employs approximately 380 workers in Slovakia. "We just had 15 people leave voluntarily in one month," he said, leaving him only five employees for the following two months whom he could fire or have leave.

Staples also criticised the fact that the proposal fixes the number of employees leaving or being fired at 20 without regard for the size of the company in question.

But Labour Minister Magvaši told The Slovak Spectator on October 6 that the proposed changes would protect the Slovak workforce by making it more difficult for employers to fire employees en masse.

"The purpose of the law is to guarantee at least the minimal amount of protection for employees against mass dismissals," he said. "The Council of Europe guideline 98/58/ES offers two definitions for dealing with mass dismissals, and allows member states to accept either one of them. The proposed amendments fall under the second definition, which was chosen because it is more precise and doesn't allow employers to skirt the law."

Staples, however, said the proposal made it impossible for his firm to respond to the ever-changing Slovak market. "There are periods in this market where we must reduce our workforce," he said. "But under the proposed changes, we'll lose a lot of flexibility."

The second contested amendment, concerning the use of renewable or temporary contracts, would also handcuff companies, Staples said. Under the existing law, a firm can offer multiple renewable contracts to an employee for up to three years before a permanent contract must be signed.

Under the proposed changes, however, firms will only be able to offer one single temporary contract lasting up to three years before making a decision on whether to hire an employee full-time.

"This would significantly affect us," Staples said. "We routinely renew contracts and these contracts allow us to guarantee quality. We use it to make sure the employees are good."

Magvaši disagreed, saying that many firms were using the renewable contracts to hire people for short-term needs, and then fire them during a downturn in the business cycle. This practice deprived employees of proper compensation, he said.

"The practice of renewable contracts is often abused by employers," Magvaši said. "These contracts do not assure the jobs of employees in cases when they become ill, pregnant or take maternity leave."

But Avant Slovakia's Brown said that the changes were too one-sided and did not equally consider the interests of both employers and employees. "There is not enough thought given towards creating labour policies which benefit employers and which allow for growth and development in the labour force," he said.

On October 5, Staples informed The Slovak Spectator that the government MP's discussing the proposed amendments had agreed to meet on October 14 with employers, Staples and Brown included, to discuss the changes.

Staples said that he plans to suggest three alternatives to the government's proposals. The first, he said, would be to change the clause requiring employers to notify the labour office if 20 people are fired or quit during a three month span. If an employee leaves voluntarily, he said, that should not count against the figure of 20 departures allowed.

Second, the figure 20 should be abandoned for smaller companies - instead of a number, it should become a percentage of the workforce, he said. Finally, Staples plans to ask that renewable contracts not be tampered with.

If their suggestions are not taken to heart by the government, Brown and Staples say FDI into the country will be affected, and say they would reconsider further investment in the country.

"We'll have to wait and see what happens, but these proposals would be very negative for Slovakia," Staples said. "They have no logic behind them, this is simply a case of short-term thinking. They will negatively affect FDI."

"It seems that such policies do not head us towards a more productive and responsible labour force, but rather towards an inward thinking and protected labour force," Brown added.