Growing up in the western Slovak village of Horná Streda, eight kilometres north of Piešťany, Vlastimil Vicen was a "very smart and mischievous kid," said a former classmate who smiled as he recalled the adolescent shenanigans the two would get up to together.
Sitting in a local village pub on September 5, the man said he hadn't seen Vicen in person since he left for university years ago. He had, however, followed his friend's exploits in the Slovak tabloids with great interest. Vicen's drunk-driving accident outside Bratislava in April this year, and his presence in July at the funeral of underworld boss Peter 'Žaluď' Steinhubel came to mind, the man said.
For many Slovaks, however, former MP Vlastimil Vicen is an example of the cleptocrat tendencies they have hated in the country's politicians over the past ten years. 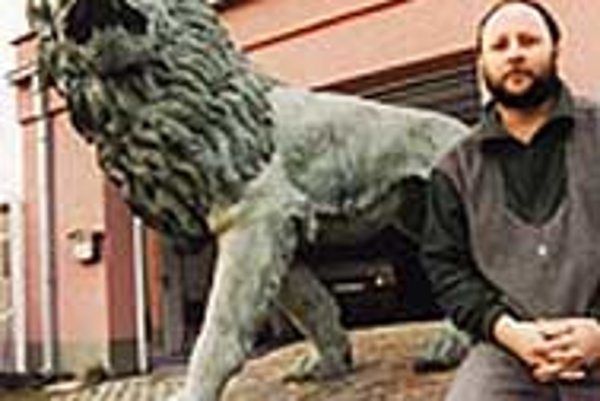 Font size:A-|A+0
Growing up in the western Slovak village of Horná Streda, eight kilometres north of Piešťany, Vlastimil Vicen was a "very smart and mischievous kid," said a former classmate who smiled as he recalled the adolescent shenanigans the two would get up to together.

Sitting in a local village pub on September 5, the man said he hadn't seen Vicen in person since he left for university years ago. He had, however, followed his friend's exploits in the Slovak tabloids with great interest. Vicen's drunk-driving accident outside Bratislava in April this year, and his presence in July at the funeral of underworld boss Peter 'Žaluď' Steinhubel came to mind, the man said.

For many Slovaks, however, former MP Vlastimil Vicen is an example of the cleptocrat tendencies they have hated in the country's politicians over the past ten years.

As a founding father of Vladimír Mečiar's Movement for a Democratic Slovakia (HZDS), Vicen used his political contacts to get rich in 1995 by privatising a state-owned company named Novufrukt for a fraction of its market value. "Of course my contacts with the HZDS helped me," Vicen told The Slovak Spectator during an interview August 27 in his Bratislava office.

Now one of the wealthier men in Slovakia, Vicen lives in a luxurious three-storey house in the Bratislava suburb of Stupava with his wife and two dogs named Billa and Tesco. "I helped create the HZDS, so I think I had a right to take part in decision making," he said.

Much of the lost confidence has come from evidence that government politicians sold valuable state companies to friends for bargain-basement prices. During the 1994 to 1998 reign of the third Mečiar government, for example, the state received only 28.15% of the value of the companies it privatised, cheating the public purse of over 80 billion crowns (over $2 billion at the time).

Katarína Mathernová, a former World Bank employee who now advises Deputy Prime Minister for Economy Ivan Mikloš, said she feared Slovaks had been soured on privatisation for good. "It's not only the process of privatisation, but also the criminal behaviour of people in that process and thereafter which has left scars," she said.

Vicen readily acknowledges that he was the driving force behind one of the country's first direct privatisation sales, the Novofrukt fruit cannery in Nové Zámky. The former RVHP (Communist Council of Mutual Economic Help) co-operative firm's book value at the time has since been estimated at between 370 and 400 million Slovak crowns.

Vicen says that through his wife Dagmar he paid 80 million crowns for ownership, although a report prepared this year by MESA 10, a Bratislava-based economic think-tank, puts the figure at 20 million crowns.

According to MESA 10, which for years was run by Mikloš and remains close to his Democratic Party (a faction of the ruling SDK party), privatisation deals like the one arranged by Vicen have hurt the country in two main ways.

According to a policy followed by the HZDS party, only a select group of domestic businessmen were allowed to privatise Slovak state properties, representing a huge barrier to direct foreign investment (FDI). Furthermore, many of the domestic businessmen who privatised companies were more interested in stripping assets at their new properties than in turning the firms into profit makers.

As a result, said MESA 10's Peter Pažitný, Slovakia lags far behind its neighbours in foreign investment, while its industrial sector is cluttered with inefficient companies that are simply waiting to go bankrupt.

"If you look at the total amount of FDI invested into central and eastern Europe during the past 10 years, you'll see that while Hungary, for example, has received 25% of the total, Slovakia has received only 1.5%," said Pažitný.

"Furthermore, privatisers are not managers - they seek rent [unreasonably high profits beyond those normally generated by a company]. They were not seeking to help their companies make profit. Instead, they tunnelled assets into holding companies that they owned, because they feared their party [backers] would not be in power in two or three years."

Mathernová agreed that the new owners had neglected their firms, with serious long-term consequences for the economy. "A lot of these people who got asset rich treated it as easy come, easy go," she said. "They started living posh lifestyles instead of concentrating on the business they got."

Since the fall of communism across eastern Europe in November, 1989, privatisation - the selling off of assets that belonged to communist states - has been one of the most controversial political and economic issues across the region.

In Slovakia, economic professionals say, the privatisation process was hijacked at a relatively early stage by Mečiar's HZDS party.

The HZDS introduced the controversial "direct sale" method of privatisation in 1994, cancelling a system of vouchers in which Slovak citizens were to have been guaranteed a share in privatisation profits. When the Mečiar government shifted the power to make direct sales to the FNM state privatisation agency in 1995, removing privatisation responsibilities from the cabinet and the Privatisation Ministry, sales of state property accelerated, becoming secret affairs in which the public was rarely told who had bought what property and for how much. Despite the fact that the Constitutional Court ruled in 1996 that the transfer of powers to the FNM had been illegal, direct and secret sales continued apace.

According to figures produced by MESA 10 and the business weekly Trend, of the 27 most profitable state companies privatised from 1991 through 1997, 24 were sold during Mečiar's first five years in power, compared to two under the 1991-92 government of current Justice Minister Ján Čarnogurský and one during current Bratislava Mayor Jozef Moravčík's short-lived 1994 government.

"Consciously and willfully, the governing coalition turned the FNM into a tool for looting national property for its own benefit," reads a MESA 10 privatisation document.

But Vicen disputed any suggestion of privatisation wrong-doing by himself or his party mates. "It's a fact that there are always good deals around the government," he said. "I think that everybody in any government would take advantage of such business possibilities - it's completely natural, it's a human weakness. There was no deceit involved at all. Tell me, how could you cheat the FNM?"

Despite Vicen's assurances, the majority of Slovak citizens felt the FNM had been cheated by the HZDS. A poll conducted in 1997 by the Slovak Statistics Office showed that over 85% of all Slovaks were "discontent" with the Mečiar government's privatisation policies, while only 2% professed to be "content."

Vicen said that the behaviour of HZDS politicians had been understandable. "I don't think there's one person who would not like to have his little piece of the cake, nor would any person consciously resist the opportunity to become more closely involved in privatisation. You can see who was capable and who wasn't, and who was able to make use of his contacts. Of course, there was not enough for everybody."

"I think people should have thought a bit more during those [privatisation] times," he added. "I'm not saying that everybody could have made the same money that I did, but many who were thinking made good money in an honest way."

National elections in Slovakia last year removed the HZDS from government, giving an almost 60% majority to opposition parties who had crusaded on a "clean hands" policy and promises to return transparency to the much-abused privatisation process.

The current coalition government, led by Prime Minister Mikuláš Dzurinda's SDK party, is currently in the middle of one of the largest and most important privatisations in Slovak history - that of state telecom monopoly Slovenské Telekomunikácie (ST).

After years of accusing the Mečiar government of shady dealings, however, the Dzurinda government has itself got off to an inauspicious start with privatisation. Controversy over the selection of an advisor for the ST privatisation, as well as other "non-transparent" procedural violations, resulted in August in the resignation of Telecom Minister and SDK member Gabriel Palacka.

According to Vicen, whose HZDS is now the main opposition party, allegations of non-transparency now aimed at his former persecutors were to be expected. "You can see it today, political leaders will always be more likely to help their own people. It's logical and human," Vicen said.

"The current government is doing the same things they accused us of doing. Do you want to tell me that Palacka would organize a tender, and then exclude somebody just because they were his friends and he didn't want to be suspected of clientelism?" he asked. "In Slovakia, that's just the way it is."