If Education Minister Milan Ftáčnik was expecting a shiny apple on his desk when Slovak schools opened September 1, he must have been rudely surprised by the protest signs and angry words that teachers hurled at him instead. The teachers said they were fed up with an education sector that is mired in financial trouble; school buildings are crumbling, salaries are well below the state average, and too few young educators are joining the system.
The Slovak Spectator spoke with Ftačnik September 3 to ask him what is being done about the woes of Slovak schools. The following is an excerpt from that interview. 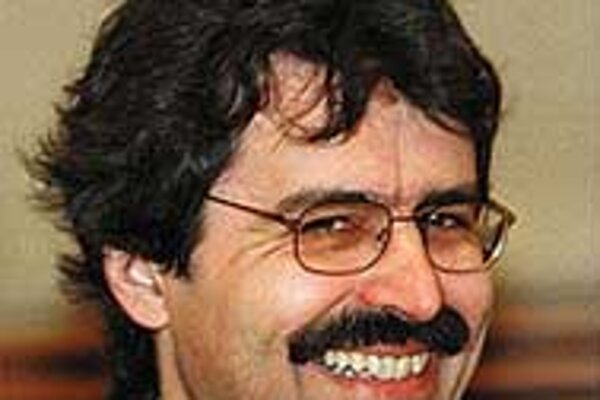 Font size:A-|A+0
If Education Minister Milan Ftáčnik was expecting a shiny apple on his desk when Slovak schools opened September 1, he must have been rudely surprised by the protest signs and angry words that teachers hurled at him instead. The teachers said they were fed up with an education sector that is mired in financial trouble; school buildings are crumbling, salaries are well below the state average, and too few young educators are joining the system.

The Slovak Spectator spoke with Ftačnik September 3 to ask him what is being done about the woes of Slovak schools. The following is an excerpt from that interview.

The Slovak Spectator (TSS): Last week at the teacher protest in Banská Bystrica, Prime Minister Mikuláš Dzurinda talked about economising in the sector of education. What did he mean?

Milan Ftáčnik (MF): Our main goal is to change the system of financing in the education sector to one which is common in western Europe. The idea of that system is to decide how much money one pupil costs to educate (and then fund schools accordingly). What we have been doing for the past few years instead is working out an index (which varied according to our budgetary means and allocated the same amount of money for all pre-university students, regardless of their ages or special needs). So, for example, we would tell schools that "This year we received less money, so you will get less." Or, "this year we received more money, so you will get more."

The per capita system could bring more justice to how much money each school gets, so that allocation will not depend on the decision of some clerk but on a set of coefficients that takes into consideration the various levels of difficulty between study programmes.

Reform is not only about economising, however - it is also about rationalising. If we, for example, have secondary schools designed for 1000 students, but only 350 students attend them, we could merge such schools with others. Even if we have to invest some money, it would still be better than paying bills for the heating, electricity and equipment of schools that are not attended by a sufficient amount of students. The whole idea of economising lies in careful consideration of every single crown we invest.

TSS: Do you think that the financial troubles of schools, especially universities, would be solved by the establishment of tuition?

(MF): I view this as a very serious topic, one that we won't be able to avoid. A [parliamentary] discussion about reforming university education will have to include this item.

When the draft of a new law establishing university tuition was discussed in 1993, we saw massive protests of both professors and students because the payments were set unreasonably - up to almost 50,000 Slovak crowns. It was and still is a lot of money, and the idea was simply rejected.

This time around we cannot simply refuse to deal with this item. But we cannot consider the establishment of annual tuition if it would endanger the chances of capable individuals, who come from lower income families, to study at university. Even the KDH [Christian Democratic Movement, a right-wing faction of the ruling SDK party], which restarted discussions about tuition recently, realises that if we don't establish a system of loans and scholarships we will impair the equality of access to education. That is something even the KDH doesn't want to be responsible for.

In discussions, the SDĽ [Ftáčnik's party, the former communist Party of the Democratic Left] will strongly defend the system of free education, and point out that some European countries, such as Hungary, recently cancelled their tuition requirements even as other countries are implementing them. It really is an interesting topic for discussion. Tuition would undoubtedly provide a useful financial injection, but of course it would depend on how much the payments would be.

TSS: And your personal opinion?

MF: My personal opinion is that students should not pay for school. But as Education Minister I will do everything I can to create room for objective discussion. I want [the government] to leave the politics of this issue aside for a while and instead discuss the social aspects, to find out what prospects it will bring for universities, to poll the public, and then decide.

TSS: In 1997, the government of Vladimír Mečiar opened three new universities for ostensibly political reasons. The three schools - the Fine Arts and Law Schools in Banská Bystrica, the Trenčín School of Management and the University of Trnava - have been criticised for having poorly qualified teachers and high salaries, funded in part by European Union grants. What are you planning to do with these schools?

MF: I consider them a negative development of the educational system that we don't have enough money to pay for. Deans of faculties at all Slovak universities said that if they [the Mečiar government] had given that money to already existing universities, they could have accepted twice as many students as the new schools accepted.

If the main idea of founding these schools was to increase the amount of university students in Slovakia, they could have done it at existing universities with half the money they invested into the new universities. But we know the main reason for founding those schools was political. We really need to see proofs and arguments as to whether these school are just politically oriented and don't provide high-quality education - whether they need to be transformed or merged with another school. In October, two years after foundation of the schools, a special commission [appointed by the Education Ministry] will accredit them [the new schools] and tell us what they are like. Based on the commission's statement, the Education Ministry will decide on further steps.

TSS: Many of our readers are foreign teachers, some of whom complain that getting certified to live and teach in Slovakia is an unreasonably slow process. How can the Education Ministry co-operate with the Interior Ministry to make the paperwork process for foreign teachers easier?

MF: It is now a very slow process. Our idea is that if a foreigner comes to Slovakia to teach, the Ministry of Education will confirm this fact with some certificate, and this will make the process much easier. The Education Ministry wants to make this process easier, but the steps being taken by the Interior Ministry, however, will likely be a bit slower. But the paperwork process for foreign teachers should be easier by the beginning of the next [2000-2001] school year.