"The devil's in the detail" of bank restructuring

Seven years after Poland and Hungary began restructuring their unwieldy banking sectors, the Slovak government belatedly approved its own Programme to Restructure Selected Banks and the Enterprise Sector on August 25. "Better late than never" was the reaction of many banking professionals, who said that the country's financial sector had reached the verge of crisis.
Slovak firms owed each other 370 billion crowns at the end of 1998, debt which they couldn't pay because they couldn't get loans from Slovak banks. The banks themselves were having trouble getting capital from abroad, because no one trusted their ability to pay the loans back, given the 140 billion crowns they carried in bad debt. What little money there was on Slovak financial markets was gobbled up by the central government, which to cover budget expenses took 68% of new credits issued from January to May this year. 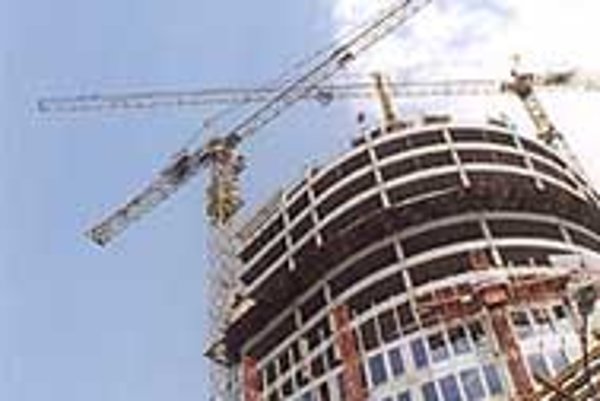 Font size:A-|A+  Comments disabled
Seven years after Poland and Hungary began restructuring their unwieldy banking sectors, the Slovak government belatedly approved its own Programme to Restructure Selected Banks and the Enterprise Sector on August 25. "Better late than never" was the reaction of many banking professionals, who said that the country's financial sector had reached the verge of crisis.

Slovak firms owed each other 370 billion crowns at the end of 1998, debt which they couldn't pay because they couldn't get loans from Slovak banks. The banks themselves were having trouble getting capital from abroad, because no one trusted their ability to pay the loans back, given the 140 billion crowns they carried in bad debt. What little money there was on Slovak financial markets was gobbled up by the central government, which to cover budget expenses took 68% of new credits issued from January to May this year.

To extract the country from this financial quagmire, the new government programme intends first to rid state banks SLSP and VÚB of many of the classified loans that are paralysing domestic credit flows, and then to sell them off to strategic investors.

At the same time that Slovakia's major banks are being restructured, recapitalised and sold, a complementary plan to restructure the country's entreprise sector will be launched. Fundamental changes to Slovakia's Bankruptcy Law, Commercial and Tax Codes, scheduled to take effect at the beginning of next year, will weed out failing firms and make lending to Slovak companies a more attractive proposition.

"This was a very important move," said Ján Tóth, senior economist at Dutch investment bank ING Barings. "Banks are supposed to allocate free capital, but before [the current government took office] they were allocating it to poor projects based on political orders. Other, more deserving projects, were left without capital, which has had very serious long-term consequences. Profit-making banks are needed to ensure that only the top companies survive, which imposes discipline on the whole economy."

But at least one government official felt daunted by the task of putting the financial sector back on a profit footing. "Obviously, the devil's in the detail, and the critical part is going to be the institutional handling and implementation," said Katarína Mathernová, an advisor to Deputy Prime Minister for Economy Ivan Mikloš. "It's one thing to have good intentions, but it's another thing to implement your ideas."

Mathernová explained that the bank restructuring part of the programme would proceed in two phases. During pre-privatisation restructuring, capital adequacy ratios would be increased to 8%, and then a portion of the banks' bad loans would be "carved out and transferred, either into a subsidiary or a special-purpose vehicle. Some are going to be dumped on Konsolidáčná Banka [KBB, a state-owned clearing house for bad loans created in 1993]."

Once the banks are restructured and recapitalised from central bank sources, they will be offered to investors in the year 2000.

According to early news reports of the cabinet programme, the plan had called for each bank to reduce its classified loans to 20% of its loan portfolio before it went on the block, a process that was to cost between 87 and 96 billion crowns, according to official estimates.

Mathernová said, however, that no specific figures had yet been agreed on. "If anybody's giving you exact figures, then they are making them up," she said. "These are only targets, and the main purpose is that the banks should have an attractive enough balance sheet that they can be privatised."

At the moment, the balance sheets of state banks in particular are frightening. The most recent data available indicates that in May 1999, classified loans represented fully 41.2% of total loans in the Slovak banking sector, up 13.3% since January, while standard loans were only 41% of the total. Moreover, only 42.9 billion crowns had been created in reserves for the 141 billion crowns in bad debt, 26% of the total.

"If Slovakia had not restructured, there would have been a very high level of inherent risk," said Tóth, "including the possibility of a bank run."

After "an extensive audit" of VÚB, SLSP and Banka Slovakia, scheduled to run from mid-September to mid-December, the government says it will have more exact figures on the situation at each bank. However, Mathernová said she was concerned that Slovakia did not have enough trained financial professionals to make the restructuring programme a success.

"One thing that's in short supply in this country is workout [debt restructuring] specialists," she said. "Neither KBB nor the workout departments of the major banks have the necessary specialists."

Ján Oravec, director of the strategy section at the Economy Ministry, said he too doubted that KBB had the capacity or the expertise "to take on these [debt restructuring] responsibilities to the extent called for in the restructuring process."

Another potential barrier to bank restructuring is the ruling coalition SDĽ party's reluctance to allow SLSP to be fully privatised. The former communist party wants the state to keep a 51% stake in the bank to protect SLSP's client deposits, of which it has a majority share on the Slovak market.

Tóth, however, said the party's reasoning was suspect. "It [protecting client deposits] is a very curious argument, because in this country every depositor is insured for roughly 300,000 crowns," he said.

"There seems to be an almost irrational fear among people about privatising a bank with a majority share of client deposits," agreed Mathernová. "This is just a lack of education, because if you have a capital-strong foreign owner, your deposits are all the more secure."

If this "irrational fear" were allowed to prevail, Mathernová continued, the state stood to lose a lot of money. "If SLSP is not privatised fully, the job will be only partly done," she said. "You can't sell a state bank in a former communist country without giving the new owners managerial control. And if you're going to give them managerial control, why keep a majority stake? It's [financially] wasteful not to sell a larger stake for more money."

Even if bank restructuring goes as planned, it will have only limited impact on the economy if companies themselves do not restructure. "It's basically two sides of the same coin," said Juraj Renčko, one of the authors of the government programme, for the economic weekly Trend.

Trend wrote recently that in the opinion of the economists who prepared the government's restructuring plan, 20 to 30% of Slovak industrial companies were so unprofitable they should be liquidated, while up to 50 to 60% had debt problems so severe they could not operate at a profit.

The plan for corporate restructuring thus begins with a call to rewrite Slovakia's antiquated 1991 Bankruptcy Law. The new law, prepared under the guidance of the World Bank, should give creditors a far greater role in deciding whether to send a company into receivership, and should eliminate many of the legislative knots that have tied up the courts.

Hand in hand with a new Bankruptcy Law will come amendments to the Tax Code to give banks an incentive to write off bad loans (banks are currently taxed on the annual interest they "earn" on bad loans even if the interest is never paid).

A final major overhaul is planned to the Commercial Code, to give creditors greater power to direct restructuring at a debtor company once it is launched. The government hopes to have most major legislative changes ready for January 1, 2000.

"One of the greatest threats to foreign investors throughout the post-communist world is inefficient and non-transparent legal frameworks," said Mathernová. "[The new laws] aren't going to be perfect - you can't change 17 laws perfectly in four months - but we are definitely moving in the right direction."