With the state budget already over 12 billion Slovak crowns in deficit, and likely to overshoot the government's full year target of 15 billion by a wide margin, questions are once again being raised about the state's expensive highway construction programme. Do we need it? Can we afford it?
Peter Barek, director of the Transport Ministry's Road Infrastructure Section, says the government's plan to allocate 30 billion crowns over four years to complete highway projects begun by the former government was taken with one eye on the state budget and the other on the country's EU integration ambitions.
Barek took two hours on August 24 to explain the ministry's policy to The Slovak Spectator. 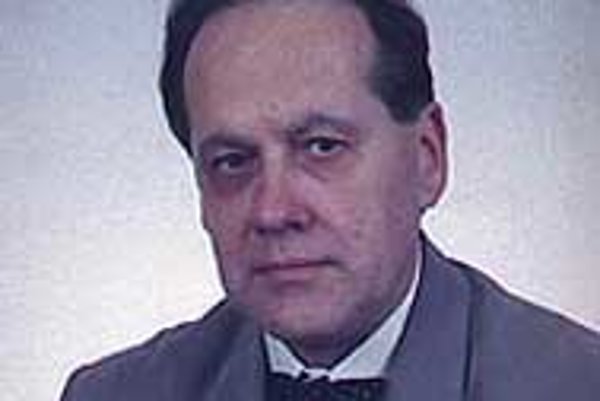 Font size:A-|A+  Comments disabled
With the state budget already over 12 billion Slovak crowns in deficit, and likely to overshoot the government's full year target of 15 billion by a wide margin, questions are once again being raised about the state's expensive highway construction programme. Do we need it? Can we afford it?

Peter Barek, director of the Transport Ministry's Road Infrastructure Section, says the government's plan to allocate 30 billion crowns over four years to complete highway projects begun by the former government was taken with one eye on the state budget and the other on the country's EU integration ambitions.

Barek took two hours on August 24 to explain the ministry's policy to The Slovak Spectator.

The Slovak Spectator (TSS): How are funds being allocated for road construction this year and for the remaining term of the current government?

Peter Barek (PB): The government passed a concept for motorway construction until the year 2002 on April 24. Before we came to the decision, we had to choose between three models. The first was to continue road projects exactly as the former government had planned them - this would have cost 55 billion crowns [$1.3 billion] over the next four years. This is pretty much out of the reach of this country - it's simply not possible.

Then there were two limited versions: one which would have been positive from the budgetary viewpoint, which called for 23 billion crowns, and a compromise option of 30 billion crowns for road construction over the next four years. This third option was the one we chose.

This 30 billion crown figure is only on the verge of acceptability given the limitations of the state budget, and given the principals and interest rates we are still paying on former loans taken out for road construction.

But with this plan, we keep the losses to a minimum and we don't have to use additional state budget money to maintain the many construction sites. Only four or five construction projects have been totally stopped out of a total of around 40 projects. Eight projects were slowed down or delayed, and may now be completed in 2004 and later. Only the sections of highway which were judged important, which are economically efficient, and which satisfy the basic traffic and safety needs of the country, will now continue.

Under the former government, these construction projects were a form of self-service; contractors enjoyed a certain freedom given by the state. It is not like that anymore. People must show some budgetary discipline now, and keep public expenditures under control.

Over the next four years, 32 billion should be spent on motorway construction, of which 30 billion are funded by the government. For this year, we will receive 7.2 billion crowns in state guarantees - 6.7 billion is for motorway construction and 0.5 billion for the construction of border crossings, something which was requested by Mrs. [Finance Minister Brigita] Schmögnerova. One of these crossings, at Kittsee [on the Austrian border near Bratislava], has already been opened for traffic.

TSS: When it took office last November, the government owed almost 2 billion crowns to Slovak construction companies in back payments from the Mečiar era. Have all these companies been fully paid off?

This whole debt was due to one single fact. At the beginning of the new government's tenure, there were some budgetary difficulties [the new government did not take office in time to script a budget for 1999, and thus had to follow a provisional budget - and spending restrictions - until April this year - ed. note]. The Finance Ministry then gave priority to covering the state budget deficit.

Since July, however, we have begun organizing plans to pay off the loans. We took a loan from Credit Suisse [First Boston] for 5.5 billion crowns [$131 million] and this money will be available by the end of September.

To cover our debts to contractors from the end February to August, we need to find about 1.9 to 2 billion crowns. So we decided to take out a short term loan now just to cover all our obligations and then by the beginning of September, everything should be fully covered. From September on, I don't expect to be in this situation [of owing money to contractors] again.

TSS: In an April interview with The Slovak Spectator, you made three points - that paying off construction companies was a priority, that the government had to cut back on spending, and that the Transport Ministry wanted to continue motorway construction. How were these three aims balanced in the new highway programme?

PB: It was very hard. Continuing the programme was important because it is a basic requirement to become a member of the European Union - to become a member, you must be fully compatible with the EU in all transport modes. Also, highway development was essential because traffic in this country is increasing by10% per year, even though economic growth is not rising as rapidly. This is standard in transforming countries like Slovakia.

We had to decide where to allocate the money, and our idea was that only the most efficient projects - those which increase safety, improve traffic, and guarantee economic returns - should receive money.

In some ways, this decision came as an unpleasant surprise [to contractors]. Under Mr. [former Prime Minister Vladimír] Mečiar's government, the contractors were in some way able to influence what projects to start and when. But now we face a totally different situation. Those projects which were begun for dubious reasons have been scrutinised and reconsidered, and it will be the same in the future.

TSS: The Mečiar government planned to create two motorway corridors in Slovakia - one running from east to west, connecting the Czech Republic and the Ukraine, and one running north to south, connecting Poland to Austria. Are you also following this concept?

PB: There is continuity, and the priorities are practically the same. At the moment, we see the southern and western components of these two corridors - the D-61 [from Trenčín south to the Austrian border] and D-18 [from Bytča north to the Polish border] freeways - as a priority. In some other areas, for example from Žilina [in northern Slovakia] to the Ukraine border, only half a motorway will be constructed due to rather low traffic volumes and extremely high costs. This will also be the case in some eastern Slovak areas.

TSS: Have Slovakia's neighbours - who through no design of their own are being linked by this Slovak highway system - been cooperative in making the 'international corridor' idea work?

PB: Our cooperation with, for example, Poland has improved dramatically since the establishment of Slovakia in 1993. We have even created a legal framework for this D-18 connection. There was once a risk that we would complete our side but Poland would not complete theirs. Now, however, it is more or less clear that both sides will be completed by 2002. We are trying to harmonise our steps so there won't be a completion on one side and not on the other.

On the other hand, we have had this difficult situation with Austria and the border crossing at Kittsee. Right now, there is only a very short section of motorway on their side, and the idea is that by 2004, the Austrians will construct a motorway [from the finished Slovak freeway] to the A4 autobahn which connects Budapest to Vienna. They have promised to try and complete a part by 2002. We expect that they will speed up.

Cooperation with Austria has improved very much since the beginning of this year. Imagine what would happen if there would be no continuation on their side after we had invested 400 million crowns in building a freeway to Kittsee. To bring our ideas to fruition we have really tried to improve relations with neighbouring countries.

We also have good cooperation with Hungary and the Ukraine as well. International cooperation is a basic precondition to be a member of the EU. All our neighbours, with the exception of the Ukraine, are members of the EU or in the first group to be admitted. I cannot imagine one country in the middle of it not being a member.

Some people don't understand that, to some extent, the EU is a single state. Of course you keep your own identity, but in economics and transport you create a single whole. Therefore, we must cooperate with our neighbours, even the Ukraine. Compared to the previous government, cooperation with neighbouring countries has improved drastically.

TSS: Who owns the land the motorways are being built on? How does the government go about buying the land if it is owned by a private citizen?

PB: We are facing big problems with the expropriation of land. At the moment, 'land-taking' represents up to 20% of our total [expenditures]. We must improve our laws and enforce market prices, because sometimes we face owners who slow the whole process by refusing to sell or by selling at outrageous prices. It is not easy to get around these demands, so sometimes we must buy land that is not the cheapest. We have to by-pass other areas, sometimes make a detour of 5 to 10 kilometres, and it is costing millions of crowns. We are studying some plans from Germany and other countries to see if we can apply some principles.

The land we cross is mainly owned privately. Many times the decision is not easy because they say, "we won't sell you just a piece - you must by it all." In this case we are increasing the land ownership of the state, but how do we use it? I would like to see a system where the state pays only market price for the land it buys.