As cabinet gears up to outline a nuclear energy policy for the nation in September, one of the hottest debates is over what to do with the Mochovce nuclear power plant in central Slovakia. With two reactors completed and two left to build, Mochovce is being painted as a white elephant by its detractors and as an energy goldmine by its boosters.
With Economy Minister Ľudovít Černák dead set against building the third and fourth reactors, and only Mochovce's owner - state energy producer Slovenské Elektrárne (SE) - pushing for completion, it seems unlikely that the country's Nuclear Energy Concept will include a four-reactor plant when it is scripted this fall. 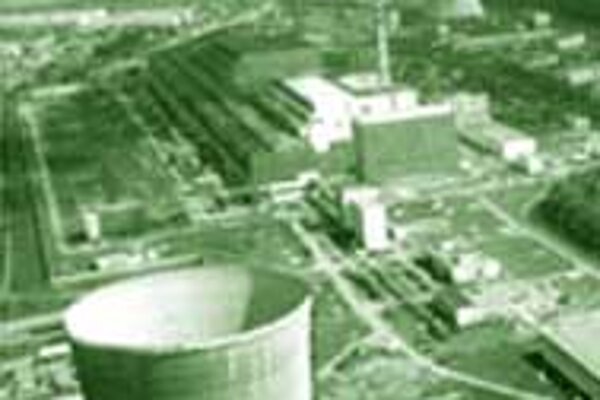 Font size:A-|A+0
As cabinet gears up to outline a nuclear energy policy for the nation in September, one of the hottest debates is over what to do with the Mochovce nuclear power plant in central Slovakia. With two reactors completed and two left to build, Mochovce is being painted as a white elephant by its detractors and as an energy goldmine by its boosters.

With Economy Minister Ľudovít Černák dead set against building the third and fourth reactors, and only Mochovce's owner - state energy producer Slovenské Elektrárne (SE) - pushing for completion, it seems unlikely that the country's Nuclear Energy Concept will include a four-reactor plant when it is scripted this fall.

Cost is the main reason behind the Economy Ministry's reluctance to complete Mochovce. Ministry officials say the country doesn't have the money to make the necessary investments now, and that the cost of producing energy at the finished plant will be too high to justify the expense of building it. Energy sector analysts agree with these arguments, and say that falling energy consumption at home and energy surpluses abroad make the added capacity needless.

On the other hand, SE officials say that building the other two blocks would keep Slovakia's fledgling nuclear industry alive and would spur the development of other industrial branches, especially the construction and mechanical engineering sectors. According to SE, if the project is abandoned now it will be prohibitively expensive to restart in the event that the country needs the extra energy when it shuts down its other nuclear plant, western Slovakia's Jaslovské Bohunice, around 2010 as planned.

Complicating the debate is international pressure from Slovakia's anti-nuclear neighbour Austria, which has threatened to block Slovakia's EU entry aspirations if the country does not shut down Jaslovské Bohunice earlier, around 2005.

The first two reactors at Mochovce cost 50 billion Slovak crowns ($1.2 billion) to build; the first reactor was brought on line last fall, while the second is still being tested. Construction expenses for the third and fourth reactors have exceeded 14 billion crowns so far, with an estimated 30 billion remaining to invest, Economy Ministry officials said.

Milan Dubnička, head of the department of heating and electricity at the Economy Ministry, said he thought that the third and fourth reactors should be finished to avoid wasting the money already invested. "The main disadvantages of not finishing both blocks are wasted investments and the threat that Slovakia won't be self-sufficient in electricity," he said. "We must analyse the effectiveness of completing the reactors very carefully and then make a final decision, but this decision is mainly a technical and a financial one."

But Černák, Dubnička's boss, is under pressure from the European Union to scale down Slovakia's nuclear programme in time for the EU summit in Helsinki this December. Slovakia hopes to be elevated to the vanguard of countries queueing for admission to the Union.

Černák said in June that if Slovakia abandoned construction of the third and fourth reactors, the EU might provide a soft loan to the country to cover its lost investments. At any rate, Černák said, it was important to have the Nuclear Energy Concept finished by September so that parliament would have time to approve it before the Helsinki summit.

However, the government's willingness to sacrifice Mochovce to its EU ambitions does not please many in the energy sector, including ministry officials. "We always adapt to what the European Union and Austria want us to. We must take into consideration our own interests, and our main interest is to stabilise the situation in the energy sector," said Dubnička.

Dubnička was strongly supported by SE officials, who said the government was ignoring economic realities for political gain. "Economic calculations show that the cheapest solution for Slovakia would be the completion of the third and fourth reactors at Mochovce. These calculations were not even included in the draft of the Nuclear Energy Concept," said Karol Bodorik, director of investments at SE.

"The decision whether or not to finish the third and fourth reactors should be based only on economic reasons, and in no case on political reasons," said Rastislav Petrech, a Mochovce spokesman. According to Petrech, if contruction is interrupted, it will have far-reaching economic and technical implications.

"Each Mochovce supplier must know what it is doing, and it takes a lot of time and research to accumulate this knowledge. If current suppliers like [construction firm] Hydrostav and [car and machinery producer] Škoda stop working on those two reactors it will cost them a lot of time and money to come back up to speed when they return in a few years," he said.

However, energy sector analysts say that the original reasons for which Mochovce was built - energy self-sufficiency at a time when Slovakia was importing 12% of its electricity needs - no longer exist.

Slovakia imported 4,000 gigawatt hours (GWh) of electricity in 1997 and 2,261 GWh in 1998. In the first half of 1999, however, the country actually exported 185 GWh - thanks to the first Mochovce reactor. After the operation of the second block begins, Slovakia will have a significant energy surplus.

However, according to Martin Barto, chief strategist with state bank SLSP, Slovakia's domestic energy use is falling because of several hikes in the price of electricity this year; experts expect the nation's energy use to fall from 28,268 GWh in 1998 to 28,098 this year. Meanwhile, Slovakia's neighbours themselves are enjoying energy surpluses, making Mochovce's production tough to export.

"I don't think that electricity consumption will grow so much that we would need two more reactors to be completed," said Barto, whose bank provided Mochovce with a loan.

The Economy Ministry's Dubnička responded that although the country might not need the extra energy now, it would in the very near future. "We should bear in mind that when the first reactor (V1) at Jaslovské Bohunice is decommissioned, sometimes around 2010 or even earlier because of Austrian pressure, the third and fourth Mochovce reactors will take over the V1 role and keep Slovakia self-sufficient in its electricity production."

Dubnička alleged, however, that the "transfer costs" of importing electricity from abroad in ten years would make foreign electricity even more expensive than energy produced from Mochovce's third and fourth reactors.