Ten years after the 1989 revolution and the demise of the command economy in Slovakia, people trying to start and run their own small firms here complain that taxes, interest rates and secondary debt are driving them out of business.
Daniel S., a 27 year-old businessman from the central Slovak town of Zvolen, tried to launch a small retail business for office stationery in 1994. With what he believed was a good business plan, he bought and reconstructed a building he meant to turn into a store. 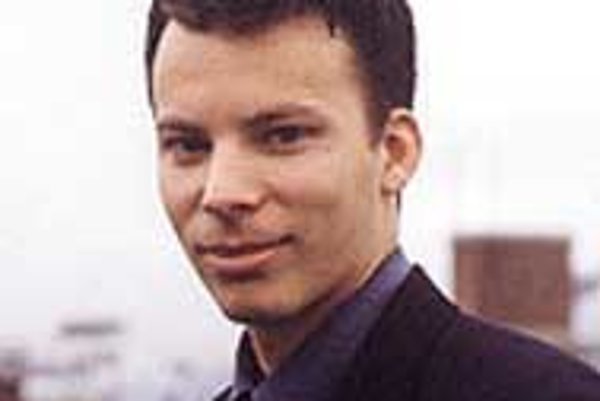 Font size:A-|A+  Comments disabled
Ten years after the 1989 revolution and the demise of the command economy in Slovakia, people trying to start and run their own small firms here complain that taxes, interest rates and secondary debt are driving them out of business.

Daniel S., a 27 year-old businessman from the central Slovak town of Zvolen, tried to launch a small retail business for office stationery in 1994. With what he believed was a good business plan, he bought and reconstructed a building he meant to turn into a store.

But interest rates ranging between 20 and 30% from 1997 to 1998 made it impossible for him to realise his dream. "I invested one million Slovak crowns ($24,000) into the reconstruction, and I would have needed another 1.5 million crowns to open the business," he said. Unable to afford the high rates charged by banks, he borrowed what he could from his friends, and in the end did not have enough to start up. "Now I rent the house out, and pay back my debts that way," he added.

The story of Daniel S. is an increasingly common one in Slovakia, where small and medium-sized businesses stagnated last year in all major areas of economic performance.

The number of registered self-employed people in Slovakia was 295,801 at the end of 1998, roughly what it has been for the last six years (see chart this page). Medium and small businesses provided 57.1% of all jobs in Slovakia in 1998, slightly down from 1997. The share of exports generated by medium and small businesses in 1998 was 45%, also slightly down on the year before.

Most owners of small and medium-sized businesses blame their situation on high taxes (40%), high interest rates (currently 16.2% per annum) and crushing social insurance fund levies, which at 14% are among the highest in Europe.

Karol Pavlú, president of the Association of Slovak Tradesmen, which was founded in December 1989 to promote the interests of small businesspeople, added that widespread corruption in the economy was also preventing 'entrepreneurship' from flowering. "The government must ensure that the law functions and it must get rid of corruption. Until this happens, we cannot expect entrepreneurship to develop," he said.

Government officials say they are trying to help small businesses, mostly through financial programs organised in cooperation with the European Union and Phare, and through institutions such as the National Agency for the Support of Small and Medium Business and the Slovak Guarantee and Development Bank.

"We are building a system which will be compatible with that valid in the European Union," said Vladimír Mračna, the head of the Small and Medium Business Department at the Economy Ministry.

Mračna said the ministry can provide tradesmen with various loans, beginning with 'micro loans' of up to 300,000 Slovak crowns ($7,200) and also higher loans for a maximum of 5 million Slovak crowns ($120,000), at a special interest rate of 11.3%. "The only thing which [recipients] must show, in order to get the loan, is an efficient business plan saying how the money will be invested," Mračna explained. Since 1994, 736 loans have been issued under the programme for a total value of 2.3 billion crowns ($50 million).

But Pavlú said he thought the government's loan programme was too modest to make a signficant difference to the lives of small entrepreneurs. For that, he said, relief from taxes and bureaucracy was key.

"We want to motivate small and medium-sized business people by establishing a system of licences which they would buy every year," Pavlú said. "Once they buy their licence, they wouldn't have to pay taxes." According to Pavlú, the license scheme would include some incentives for young businessmen. "We are discussing this [license scheme] with the government, and we hope that it will be accepted by parliament before the beginning of the next tax year [March 2000]," he said.

Initial reactions from Economy Ministry officials seemed to indicate that licenses will be a hit, with the government at least. "The Ministry of Economy agrees with establishment of licenses because it will help small businessmen to simplify administration, and will put some wind into the sails of their business," said Mračna

But for Daniel S., the license scheme shows how far the government is from understanding the real difficulties of entrepreneurs. "They [the government] should think instead about improving conditions for getting a loan, because that's the biggest problem," he said.

Lukáš Alner, the 23-year-old owner of a small advertising agency called Prvá Slovenská Reklamná, agrees that issuing licenses would be barking up the wrong tree. "This is not the solution to the problems in this sector," he said. "We have no guarantees for investments. The market is unclear and constant obstacles can be seen. Our clients don't pay their invoices on time, so obviously we do the same thing in turn. This has already brought some small businessmen to bankruptcy."

Paul Binder, deputy managing director of the Austrian human resources company Target, which has a small branch in Slovakia, said that the problem of secondary debt (which occurs when companies don't pay their bills to each other) began with large corporations, and could only be solved by an influx of foreign direct investment.

Binder said he thought that the government should begin building special industrial zones to attract large investors. "Slovakia needs a chain reaction, which usually begins with a strong foreign investor entering a country and finishes with satisfying of needs of small and medium domestic entrepreneurs."

On the other hand, he said, the government needed to increase the general level of honesty in the economy if it hoped to attract investment or nurture a strong domestic small business community. "We can see that personal contacts are still more important than good business plans in Slovakia," he said.