Miroslav Saniga loves birds. A field researcher for the Slovak Academy of Science's Institute of Forest Ecology in Staré Hory, Saniga cares so much about birds that he claims to be married to them, and says he has dedicated his life, by the command of God, to their protection.
In the process, the 35-year-old has become a minor Slovak nature celebrity, quoted in hundreds of newspaper articles as a source of pithy and interesting wilderness information. He has become a key source of information about what is going on in the forest, on everzthing from when the bears are waking up to bird mating schedules. 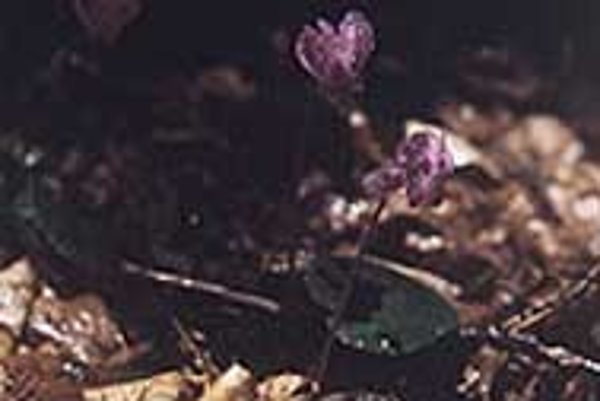 Font size:A-|A+  Comments disabled
Miroslav Saniga loves birds. A field researcher for the Slovak Academy of Science's Institute of Forest Ecology in Staré Hory, Saniga cares so much about birds that he claims to be married to them, and says he has dedicated his life, by the command of God, to their protection.

In the process, the 35-year-old has become a minor Slovak nature celebrity, quoted in hundreds of newspaper articles as a source of pithy and interesting wilderness information. He has become a key source of information about what is going on in the forest, on everzthing from when the bears are waking up to bird mating schedules.

In an extensive interview July 19, conducted during an 18km hike through Saniga's beloved wilderness (all in a day's work for the man), Saniga revealed how his bird infatuation began. When he was a small child growing up in the rural Slovak town of Liptovské Revúce, north of Banská Bystrica, he said, he toted around a sling-shot and regularly took aim at wild animals. Then one day, he killed five birds and had a terrible realization.

"That day for me was catastrophic... I realized I was a bad child because I killed those birds," he remembered. Then a miracle happened. "God visited me and told me that I had to spend the rest of my life protecting the birds. I've never picked up a sling shot since then," he said.

Saniga laments the fact that there had been no one to tell him that killing birds was wrong. His mission now is to be that human voice that encourages people to love, rather than destroy, birds.

"I want... to let people know how beautiful they are," he said.

With an impressive background in research and advocacy, he has made good on his desire so far. Saniga studied forestry at the University in Zvolen, where he received a PhD in 1993. He was the manager of the Veľká Fatra National Park from 1987 to 1992 and has been serving at the Staré Hory research station since July 1, 1993.

He has also written two children's books - Stories of the Fir Tree (1996) and A Year with Little Pavol in Nature (1998) and two books for adults, Capercaillies - My Love (1997) and Pray with Capercaillies (1998). Publication and distribution is paid for completely by Saniga from his 9,000 Slovak crown per month salary.

"I don't want to get paid for the books," Saniga said. "My pay is that I get to watch and observe the Capercaillie (Tetrao urogallus) and the Wallcreeper (Tichodruma muraria)," he added, mentioning his two favourite bird species.

As a field researcher, Saniga spends most of his time in the Veľká Fatra wilderness. During May, the breeding time of the quail-like Capercaillie and the delicate grey, black, and red Wallcreeper, Saniga says that he works 18 hour days and sleeps an average of three hours a night while walking over 20 kilometres a day. Most nights in May, he can be found sleeping in a remote wilderness area "under a rock or a tree", where he says he feels most comfortable.

"When I am at the research station and I must use the PC, I need juice, some biscuits... something!" he said. "But when I am observing the birds, I need nothing. Sometimes I go three days in the wilderness eating nothing but young beech leaves and wild berries. When I am with the Wallcreeper in particular, I am never hungry, only satisfied."

The fact that only 40 pairs of Wallcreepers exist in Slovakia, all of them in the Veľká Fatra, makes Saniga a devout home-boy. Saniga says he has never left his forest, except for short trips to the nearby towns of Banská Bystrica, Zvolen and Ružomberok. In other words, he has never been more than 40 kilometres away from the Veľká Fatra mountains - and that's just fine by him.

"I can't travel because I can't leave these woods behind," he said. "A colleague of mine in Spain, who is one of three people in Europe to study Wallcreepers, invited me to Spain to conduct research with her, expenses paid. But I had to say no because I couldn't be away from here for more than a couple days."

Saniga's love for the area in which he lives is obvious. Walk through the forest with him and he'll excitedly point out every bird he sees and hears, call to them and describe their various behavioural peculiarities. Or he'll gleefully show you the Cylamen Fatrense, a rare flower which exists nowhere else in the world except for a two-square kilometre area of the Fatras.

Walk through the streets of Staré Hory or Liptovské Revúce with Saniga and you'll see him greet and chat amicably with every person walking the streets and even some in cars who pull over to exchange a few pleasantries.

Saniga admits to being on a crusade, of sorts, to spread bird awareness, which he hopes will turn into bird protection. In order to achieve these means, Saniga has not only written books, he has also contributed to various European nature atlases, helped create two bird documentaries for Slovak Television (due to be aired next year), and given over 360 newspaper interviews, 170 radio interviews and 10 television interviews. He also takes the kindergarten students in nearby Liptovské Revúce on an annual day-trip into the wilderness to teach them about the wildlife which surrounds them.

Saniga said the most important achievement of his career is that he successfully secured legal protection for the grouse-like Capercaille in 1997 after discovering that the population had decreased dramatically. Saniga alerted the Slovak government and was rewarded with a two year national ban on hunting Capercaillie, valid until 2000.

The ban has provoked some backlashes, he said. "Many politicians enjoy hunting the Capercaille, and I have received many threatening calls from government officials." Once, he was beaten up by four hunters in a truck who were shooting at the protected bird. When he wrote down the license plate number of the car, they approached him, asked why he had taken their plate number down, and then beat him unconscious. When he awoke, his notebook had been stolen and he had to walk home, bloodied, to the research station.

Regardless of job hazards, Saniga said he will continue to fight for the birds. "I can't imagine not doing this work," he said. "Even if the Academy of Sciences discontinues my job, I'll still study the birds."

"And for this reason, I can't get married to a woman," he said with a smile. "I am married to the birds, and no woman could ever understand why I stay out in the forest every night. They could never understand my wild life."