The Bratislava skinny on swimming: Choose pools with care

Summer just invites you to cool down in a pool or a lake. But the question is where to go in Bratislava? There are lots of swimming holes around, but if you choose randomly you run the risk of ending up in a place which is either crowded with people or boring for the kids. Below is a quick insider's guide to some of the major and lesser known Slovak pools and lakes around Bratislava, almost all of which can be reached quickly by public transportation or in an hour or less by bike from the town center. 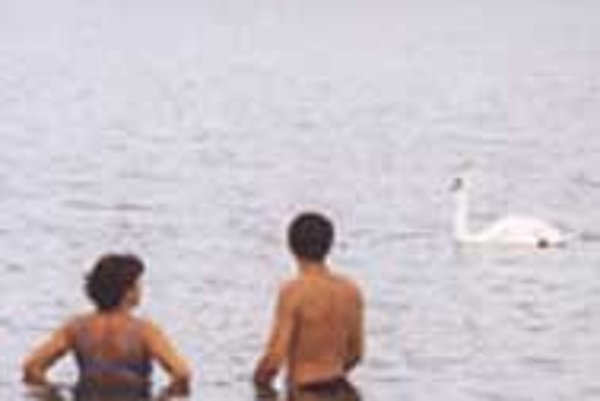 Font size:A-|A+0
Summer just invites you to cool down in a pool or a lake. But the question is where to go in Bratislava? There are lots of swimming holes around, but if you choose randomly you run the risk of ending up in a place which is either crowded with people or boring for the kids. Below is a quick insider's guide to some of the major and lesser known Slovak pools and lakes around Bratislava, almost all of which can be reached quickly by public transportation or in an hour or less by bike from the town center.

Lakes in and around Bratislava

Petržalka- Draždiak Lake. It may be far from paradise, but this large lake with a view of Petržalka's socialist style flat blocks can be an interesting place to take a dip in the late afternoon when the other bathers begin to disperse. As it is not fenced in at all, the rather-clean lake is open to the public even in the evenings. Dirt-pebble shores are not the nicest, nor are the facilities, though old paddle boats can be rented. You can also put in a canoe or take walks around the perimeter of the lake. And it's close. To get there, take bus 95 from Šafárikovo námestie to the Šintavská stop near the end of the line. Continue walking in the direction the bus was going past the hospital and cross the small stream.

Rusovce Lake- A small curiosity in town as Rusovce is the favourite hang-out for local nudists. You can easily get there by bike by simply crossing the bridge to Petržalka and following the bike path south along the river for about 45 minutes (ask if you get confused). Stop when you see the bare bodies. You can also take bus 120 beginning under the New Bridge. Plenty of greenery rings the lake, providing quiet if muddy alcoves for moderate privacy. The former reservoir, which feels quite clean, quickly gets deep, making this not the best place for small children.

Čunovo- The lake in this town is located four km past Rusovce and is easy to get to by bus from the Main Bus Station Nivy (ask for buses headed to Čunovo), bus 120 from under the New Bridge, or by bike (one hour along the Rusovce path). The two former reservoirs here are quieter and have crystal clear water. Another positive thing is that the lake is surrounded by trees and bushes all around. There are no refreshment stalls near the lake, but you can purchase food and drinks in the local Čunovo food stores.

Senecké Jazerá- This large lake north-east of the Bratislava centre is a very popular (ie. crowded) resort with lots of activities for children, including water bike rentals and slides. Many restaurants serve the crowds, making this a definite Slovak experience. It takes about twenty minutes to get there by local buses (usually blue in color) which leave from the Main Bus Station Nivy every thirty minutes from the platforms 30 or 32. Make sure you get in a bus marked "Smer Senec" (direction).

Zlaté Piesky- This well-known Bratislava lake and favourite of Slovak macho types has restaurants and refreshment at hand. It is open daily from 8.00 - 18.00 for an admission fee of 20 Sk. It is possible to rent a boat or a water bicycle, and there are also tennis courts nearby. The lake is easily accessible by public transportation: just take trams 2 or 4 in a north-easterly direction to the end of the line, turn right and cross the street, and there you are.

Svätý Jur Pool- This very nice Slovak outdoor pool is in a small village (Svätý Jur) twenty minutes north by local bus from the Main Bus Station Nivy. When you arrive, ask the locals for Jozefkovej údolie, the name of the sports valley in the village. The pool is open during the summer from 8.00 to 18.00 and admission is free.

Matador- Located in Petržalka, this pool is really easy to find: just take buses 86, 23, or 40 to the end of the line. It is the most recently reconstructed swimming pool in Bratislava and offers a wide range of services, including slides for the kids and food stands. There are three pools: one for small children to crawl in, a middle pool for bigger kids and an Olympic pool for confident swimmers. The water is heated. The down side is that it is often jammed with people and small kids. The admission is 30 Sk for adults and 20 Sk for children. Matador is open from 10.00 to 19.00 on weekdays and from 9.00 to 19.00 during weekends.