Slovakia is filled with interesting travel destinations. Read about them all in Spectacular Slovakia, The Slovak Spectator's free travel guide. Call us for more details.
Košice may be way out in the east, only a day's train ride from Kiev, but Slovakia's second largest city should not be missed. Slovaks, Hungarians, and a large Gypsy population lend an exotic air to the rapidly revitalizing town. Fifty years ago, the town was asleep in slow decay, until the building of the East Slovak Iron Works (VSŽ) brought it back to life economically. 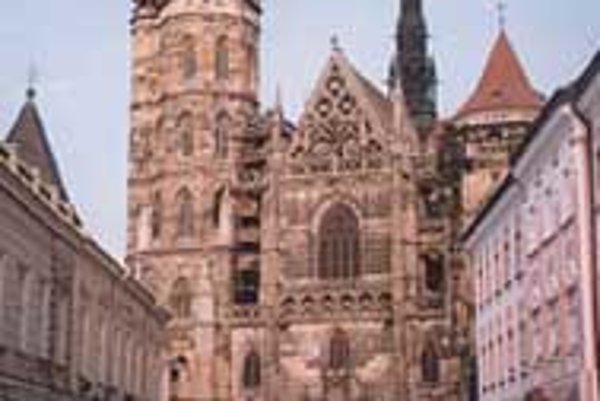 Font size:A-|A+  Comments disabled
Slovakia is filled with interesting travel destinations. Read about them all in Spectacular Slovakia, The Slovak Spectator's free travel guide. Call us for more details.

Košice may be way out in the east, only a day's train ride from Kiev, but Slovakia's second largest city should not be missed. Slovaks, Hungarians, and a large Gypsy population lend an exotic air to the rapidly revitalizing town. Fifty years ago, the town was asleep in slow decay, until the building of the East Slovak Iron Works (VSŽ) brought it back to life economically.

Košice, or Cassa in Hungarian, is actually more Hungarian and German than Slovak in its history. It was the second most important city in the Hungarian kingdom from the 13th to 16th centuries, and many German colonists helped build up what Košice is today. The Turkish invasion halted its development as trade routes were shifted elsewhere. After World War I, Košice was part of Czechoslovakia for only 19 years, since it was signed away back to Hungary in the Munich Treaty of 1938. At the end of World War II, Koöice served briefly as the seat of the Czechoslovak Government after its return from exile.

Today, after a tremendous reconstruction effort, Košice's Main Street (Hlavná ulica) brims with impressive historical buildings, modern shops, and hip cafés. A few recent touches to Hlavná add to the charm of the grandest main square in Slovakia. A medieval open drain runs along the middle of the street, interrupted by the "singing fountain," and a cluster of bells in a park in front of the handsome Eastern Slovak State Theater (Divadlo Janka Borodáča, Hlavná 58, tel.: 095/622-1231). Locals line the park day and night, mesmerized by the fountain as it pulses to the rhythm of recorded music. The music pauses on the hour, while the bell cluster directs the fountain to its own tune. The cascading water shimmers in colored lights at night.

The main attraction for tourists, though, is St. Elizabeth's Cathedral, the largest cathedral in Slovakia, and the most astounding Gothic church outside of Prague in all of Central Europe. The cathedral complex, which includes the 14th century Chapel of St. Michael to the south and St. Urbain's Bell Tower to the north, dominates the spindle-shaped main square.

Work on the cathedral started in 1380, paid for mostly by nobles rich off the north-south salt trade. It took over 100 years to finally complete the massive stone structure (1508), which was then seized by fire 48 years later, destroying the interior. Lost in the blaze were 18 of the original 22 altars. The cathedral got its last Neo-Gothic retooling at the end of the 19th century. Since 1985, the charcoal walls have been sandblasted to resurrect the original honey color.

The exterior of the cathedral, with its crocketed and dramatically tapering crossing tower and steeply pitched roofs covered in colorful green and yellow tiling, faces the west with two towers in front, one tall and octagonal, the other squat and heavily decorated.

The dark interior, lit by 19th century stain glass windows, is pure Gothic, with stone detailing over the north and west doors, and an intricately carved stone staircase at the north end of the cathedral leading up to the Royal Gallery. Recently restored vaulting gleams around the magnificent high altar. In the crypt is the tomb of Ferenc Rákóczi II, a challenger to Habsburg rule in the early 18th century, whose remains were brought back from Turkey in 1906. The complex of the Executioner's Bastion on Hrnčiarska ulica includes an exhibition about Rákóczi and his anti-Habsburg led uprisings plus a replica of the house in which he lived with his family after they were banished.

Elsewhere, the beautiful Old Town provides plenty of unique cultural opportunities. The only Gypsy theater in Slovakia, Romathan, (Štefánikova 4, tel.: 095/622-4980) performs delightful plays, dances and concerts for children and adults. Tháia Theater (Timonova 3, tel.: 095/622-5866 or 622-1281) has regular plays in Hungarian, while the Puppet Theater (Bábkové Divadlo, Rooseveltova 1, tel.: 095/622-3749) entertains children of all ages. The Art House (Dom umenia, Moyzesova 66, tel.: 095/622-4514), is home to the State Philharmonic Orchestra, where young music lovers are severely scolded by the old guard if they tread on the wrong tiles.

The East Slovak Museum (Hviezdoslavova 3, tel.: 095/622-0309) houses the Košice gold treasure. In 1935, during work on foundations in the city center, laborers dug up 2,920 gold coins from 81 European mints of the 15-17th centuries. As well as historical, geological and biological collections, the museum also has extensive displays describing the many different cultures which lived around the Hornád River before the arrival of the Slavs.

Coming to or from the train station you'll pass by the exotic Jakub Palace, built from rejected fragments of St. Elizabeth's in the 19th century. Today this is home to the British Council.