Construction Minister István Harna is one of three Hungarian Party (SMK) members of cabinet. With a degree in Economics, he served as a member of the former Slovak parliament in former Czechoslovakia from 1980 to 1992, and then as a member of parliament in independent Slovakia from 1993 until the present.
The Slovak Spectator visited his office on June 29 to find out what the Construction Ministry actually does, and how it is trying to help the Slovak real estate market. 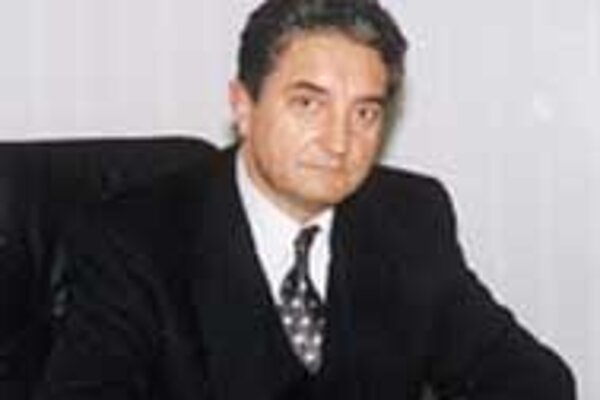 The Slovak Spectator visited his office on June 29 to find out what the Construction Ministry actually does, and how it is trying to help the Slovak real estate market.

The Slovak Spectator (TSS): What exactly is the function of the Construction Ministry?

István Harna (IH): The Ministry of Construction existed until 1992 [in the former Czechoslovakia] and then was cancelled, at which time the powers of the ministry were divided up between other ministries. In 1995 the ministry was reconstituted [in Slovakia] as a result of a political bargain between the then most powerful political party, Vladimír Mečiar's Movement for Democratic Slovakia (HZDS), and the ZRS [Workers' Party]. The leader of the Workers' Party [Ján Ľupták] was a stone mason by trade, so probably as a result of his employment and political background they saw a need to reconstitute the ministry. Of course, the ministry's original powers were not fully reestablished, but now we can say that the ministry is one of the central state bodies in the field of construction and the building material sector.

From this naturally follows the sphere of housing construction, and beyond that we also deal with public works, which in other words means public investment. We also hold tenders to contract out public works. In fact, right now we are in the process of amending the law which concerns the awarding of these contracts. Based on our own initiative as well as on recommendations from the EU, we want to form a single state institution which would have responsibility for awarding contracts, starting from January 1, 2000. This law should be passed during the current July session of parliament.

Another change is that our powers should increase in the field of regional development. I must admit, however, that we are a bit behind schedule in this area, as the original plan was to launch this [regional development] section in the ministry on April 1, 1999. We still have an Office for Strategic Social Development, but this will cease to exist and its powers will be shared between this ministry and others. The necessary legal changes allowing this power division have not yet been passed, however, and now it seems like the schedule has been pushed back to October 1, 1999.

TSS: What has been occupying most of your time lately?

IH:We are kept constantly busy with the housing question, because the new government promised voters that it would build 14,000 flats annually. This may seem like an easy task since we have estimates saying that our firms are capable of building twice that amount. But, again, the problem is with the financing of these projects. A kind of transitional situation still prevails in this area - the transition between a centrally planned economy and the development of housing construction in a free market environment.

The centrally planned system had a complex housing construction programme. This system no longer exists, but a real free market environment in the housing industry has not yet been fully created. We still have to cope with numerous legislative shortcomings, especially the laws concerning mortgages. This July we would like to send a new Bank Law through parliament. The law will try to bring mortgages and the various savings and loan associations in line with the current situation.

We are also still burdened by regulated rents. The Civil Code gives tenants excessive protection, meaning that the owner of a flat is not allowed simply to evict a tenant for not paying rent. If the owner wants to do so, he is obliged to find substitute housing for the tenant. These are all very important factors that keep private investors from participating in the process [of building housing].

The role of our ministry is not to build flats or houses but to create an acceptable legislative and business environment for construction, and to mobilize financial resources for this purpose. We also have to bear in mind all the technological and engineering infrastructure needed to support housing construction. Here we also have a non-market situation, because many of the costs - heating, water supply, gas, electricity - are regulated, while the building of infrastructure is not included in projected housing construction costs.

Solutions to such problems include our Housing Development Programme, which channeled money made from privatization to municipalities for building the necessary infrastructure. Now that privatization is near its end, there are still millions of other places that need money. The money that we have received, 300 million Slovak crowns [$7 million], can help some four or five small towns or villages... and that's it. Therefore, we are really determined to help change the existing transitory environment and make it more attractive for investors and to start housing construction as was projected. Unfortunately the state of affairs we inherited from the former government makes the situation rather unpleasant.

TSS: The government is currently facing severe budget restrictions. How have cutbacks affected the Construction Ministry?

IH: One example is the State Fund for Housing Development. This system is used in free market economies, especially when the government declares a special interest in supporting housing development. Eventually these [support] Funds are transformed into financial institutions. We too have such a fund, but some legal questions concerning its revenues are causing problems. The fund is organised and run by the state but its financial resources are not provided or designated by law. According to my information, in other free market economies financing for these funds is calculated as a percentage of the state budget or of the GDP. But we do not have any of these set in law.

The Ministry of Construction inherited a debt of 4.2 billion crowns [$95 million] as a result of the policies of the former government. The normal procedure is that the fund accepts applications for money as long as its financial resources can cover them. But the former government exceeded the fund's available resources by the above-mentioned figure, probably as a part of their pre-election campaign last year. They accepted applications even though they knew that the fund's resources were drained.

This year we were given 1.2 billion crowns [out of the state budget], and we have another 1.5 billion crowns from interest and principal payments [on loans extended in the past]. But that still leaves us with 2.8 billion crowns remaining [of inherited debt to pay off]. Therefore, we cannot accept one new application right now.

Another form of housing finance is the savings and loan bank and similar institutions, and the state supports this form of saving in the form of annual subsidies, which this year total some 2.4 billion crowns. The state works with [construction savings banks] Prvá Stavebná Sporiteľňa and with VÚB Wustenrot in this respect, in an attempt to make this kind of saving more attractive for people. This year half a billon crowns should be provided for mortgages of this kind.

TSS: Slovakia has very low labour mobility because of its housing shortage, meaning that new investors sometimes have problems attracting enough workers to staff their factories. Has the government ever considered assisting an investor by offering to help build flats to house workers?

IH: This is the case of one of the biggest foreign investors in Slovakia - Volkswagen. We plan to assist them with the building of 1,000 flats near Bratislava, and our ministry will take part in this plan. We guarantee the technical infrastructure, and we will assist with the actual acquisition of land for the project since the procedure is quite difficult and expensive. So the answer is definitely yes.

TSS: With the price of real estate so high and mortgage rates also out of the reach of most Slovaks, it is almost impossible for ordinary people to buy flats right now. For example, a young couple with a child making the average Slovak salary [around 10,000 crowns] have few options in this market. How does the mortgage situation stand in the country today and what plans do you have to assist home-buyers in the future?

IH: Considering young couples, I understand we should discuss [building new] social flats [subsidised housing] more actively. By law, municipalities are obliged to sell state-owned flats to tenants who apply for purchase. Naturally, local governments are not interested in building any more of these flats.

We have a plan for supporting the building of tenant flats which we want to submit for discussion in parliament. The project is based on a state subsidy of 100,000 crowns for each flat plus five to seven thousand crowns for each square meter. The construction would be organized by local governments. We're also preparing a plan on how to engage more non-profit organizations in the process of building subsidised flats, following models from Austria, Germany and France.

IH: Most of the companies are private, so the advantages for them are more or less identical to the advantages that the government has prepared for all private sector firms - tax breaks, tax holidays for foreign investors and the like. The decrease in building is rather significant, at 20 to 30% [year-on-year decline in construction sector output since January]. We need to re-structure our economy, and to do so we need massive foreign investment because there are no internal sources. We have inherited tunneled companies and factories and many of the owners have placed their capital safely abroad. According to our calculations, restructuring is largely a matter of updating production technology. It looks like every crown invested into machinery and technology automatically places 15 to 20% into construction. We project that if $2.0 to 2.5 billion is invested in Slovakia during this government's four-year term, the orders for the construction industry would boom.