Slovnaft to get strategic investor by the new year

The Slovnaft refinery's vision for luring a foreign strategic investor is slowly taking shape. Company President Slavomír Hatina declared during a general shareholders' meeting on June 24 that Slovnaft would welcome an investor "from central Europe," one who should enter the company with a minority share in the next nine months.
Slovnaft first announced its interest in attracting an investor in March this year, while in June the Slovak media carried reports that the most likely candidate was the Austrian OMV refinery. "From the economic point of view, this idea has a certain charm and makes sense for both companies," said OMV General Director Richard Schenz for the Austrian daily Der Standard on June 16. "We would be very glad to welcome Slovnaft among us." 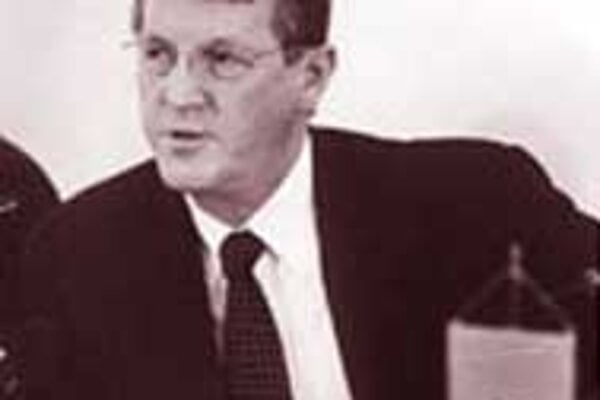 Font size:A-|A+  Comments disabled
The Slovnaft refinery's vision for luring a foreign strategic investor is slowly taking shape. Company President Slavomír Hatina declared during a general shareholders' meeting on June 24 that Slovnaft would welcome an investor "from central Europe," one who should enter the company with a minority share in the next nine months.

Slovnaft first announced its interest in attracting an investor in March this year, while in June the Slovak media carried reports that the most likely candidate was the Austrian OMV refinery. "From the economic point of view, this idea has a certain charm and makes sense for both companies," said OMV General Director Richard Schenz for the Austrian daily Der Standard on June 16. "We would be very glad to welcome Slovnaft among us."

"The field has not been narrowed [to one investor], everyone has the same chance," responded Vratko Kaššovic, Slovnaft's Senior Vice President for Strategy and Investment, at a press conference following the June 24 AGM.

"We expect three things from a foreign investor," Kaššovic continued. "To improve our financial situation through a direct financial injection, to strengthen Slovnaft's market position, and finally to bring new know-how to some areas."

Kaššovic added that the investor, who was to be selected by the American firm Salomon Smith Barney, would enter Slovnaft in two stages. During the first phase, the investor would enter through a basic capital increase and, together with Slovnaft majority owner Slovintegra, would control "at least a 67%" stake.

The investor would then, "in the next few years," be allowed to take a majority stake in the refinery.

Slovnaft's need for a strategic investor has increased as its economic results have worsened this year. A drop in the price of Brent crude oil, from a high point of $16 in 1997 to below $10 per barrel in the first three months of 1999, left Slovnaft with a loss of 950.7 million crowns from January to May 1999, Hatina reported.

Falling oil prices also made it far more expensive for Slovnaft to repay its foreign loans, principal among them a $250 million credit extended by the American Citibank to finance Slovnaft's Environmen-tal Fuel Project Apollo. The interest on the loans was connected with the price of crude oil, meaning that in 1Q99, interest rates climbed 45-50%. According to Jozef Gašparík, an analyst with J&T Securities, Slovnaft was required to pay $19 million in interest on a loan of $150 million from Merrill Lynch in the first three months of this year, representing an interest rate of 50.67%.

Slovnaft's Hatina announced to the AGM on June 24 that the firm had taken yet another $35 million unsecured loan from Creditanstalt two days before.

"Slovnaft's principal problem is debt," said Ivan Chodák, an analyst with CA IB Securities. "Their loans, which sit at around $500 million in total, are now tremendously expensive - they paid additional interest of $28 million in 1998 alone. On the other hand, during the previous years Slovnaft profited from these loans, which were issued under very favourable terms, so it's now more a question of the pendulum swinging in the other direction."

The decline in the value of the Slovak crown since it was floated in October last year, according to Chodák, had proven a mixed blessing. One the one hand, Slovnaft profited by increased crown revenue from its export sales (which accounted for over half of 1998 production), but on the other hand, its loans became even more expensive to repay.

To add to the company's woes, President Hatina explained, the government's recently imposed 7% import surcharge would add 100 million crowns to Slovnaft's costs in 1999. "Negative developments in the Slovak macroeconomic environment have also influenced our company," Hatina told the AGM.

Analysts say that Slovnaft now stands in need of a foreign investor for purely economic reasons - debt, and its general inability to compete in a regional market that is increasingly dominated by international refineries.

However, any strategic investor deal would have an impact on Slovnaft's ownership structure, which itself has been the object of intense controversy over the last four years.

Slovnaft is officially majority owned (51%) by a group of Slovnaft managers and employees called Slovintegra, which bought its stake in two privatisation deals in 1995 and 1997 for one sixth of its market value. The sales angered the European Bank for Reconstruction and Development (EBRD), which had bought its 10.5% stake in 1995 for market price at the time. The EBRD has demanded that the current government resolve the matter to its satisfaction.

In order to placate the EBRD, the FNM national privatisation agency worked out a deal with Slovintegra earlier this year whereby the firm would either return 10% of shares to the state or pay an unspecified sum in compensation for its cheaply-obtained stake.

Slovnaft's Kaššovic told The Slovak Spectator that the EBRD issue "has nothing to do with the investor question."

But Matthew Vogel, a senior economist with Merrill Lynch's Emerging Markets Fixed Income branch in London, said that the search for a foreign investor for Slovnaft should also be understood as part of the government's attempt to placate the EBRD and exact concessions from Slovintegra.

"It is the government that is seeking a buyer, not Slovintegra," he said. "The EBRD is probably putting pressure on the government to resolve the situation. Since they have no legal basis for recovering the Slovintegra shares, their strategy is to locate a buyer and then show shareholders they have a bidder."

According to Vogel, the government's strategy was to dilute Slovintegra's stake rather than repossess it. "They will probably go to Slovintegra [after an investor is found] and say 'look, you can keep 20% of shares and maybe one seat on the board, but here are the conditions for the sale.'" In such a scenario, Vogel said, the government would hope to convince Slovintegra that accepting a reduced stake in a Slovnaft revived by a foreign investor would be more profitable than keeping a majority stake in a company with serious cash flow problems.

This theory was partially supported by Martin Barto, an economist with state bank SLSP, who said that while "Slovintegra will lose relative control of Slovnaft [if a foreign investor enters the company], negotiations will bring advantages to both sides." Barto added that the government had no particular objections to Slovintegra's remaining in Slovnaft, and had no way of dislodging the firm even if it wanted to.

"I don't think the FNM has any tools to get the [Slovintegra] shares back," he said. "But they have no reason to take steps against Slovintegra management because they have proven relatively competent in running the company."

Chodák agreed. "Slovintegra has proven to be good owners, and the government and the FNM are quite OK with the current Slovnaft shareholder structure."