The massive underground gas storage facilities of Nafta Gbely and its sister firm Nafta Trade may soon be dangled in front of foreign investors again - this time as the property of a newly created joint venture known as SPP Slovakia.
The joint venture will unite the state gas monopoly SPP with the FNM state privatisation agency, each of whom will have a 50% stake in SPP Slovakia. The new company will control a 45.9% stake in Nafta Gbely and a 100% stake in Nafta Trade; the former has been taken back from former owner Druhá Obchodná through the courts, while the latter remains 75% in the hands of the Aral company. 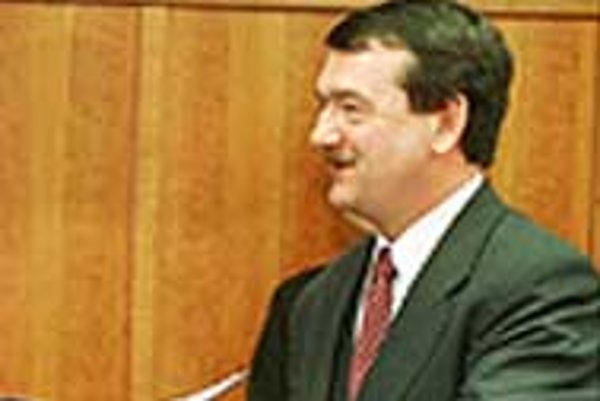 Font size:A-|A+  Comments disabled
The massive underground gas storage facilities of Nafta Gbely and its sister firm Nafta Trade may soon be dangled in front of foreign investors again - this time as the property of a newly created joint venture known as SPP Slovakia.

The joint venture will unite the state gas monopoly SPP with the FNM state privatisation agency, each of whom will have a 50% stake in SPP Slovakia. The new company will control a 45.9% stake in Nafta Gbely and a 100% stake in Nafta Trade; the former has been taken back from former owner Druhá Obchodná through the courts, while the latter remains 75% in the hands of the Aral company.

According to government officials and equity analysts, the purpose of the joint venture is to guarantee gas transporter SPP some measure of control over gas storage in Slovakia, as well as to bring legal clarity to the sale of Nafta Gbely and Nafta Trade. The FNM, officials said, would sell off its stake in SPP Slovakia as early as August this year, meaning that a foreign investor could buy into Nafta's capacities within a few months.

"The most important element in the foundation of SPP Slovakia will be the decision of the Slovak government, which will discuss it next week", said Economy Minister Ľudovít Černák in an interview with The Slovak Spectator on June 15.

Černák said his ministry supported the joint venture idea because it would ensure that SPP kept some measure of control over facilities for the transit as well as the storage of gas in Slovakia. "When Slovakia enters the European Union it will have to separate transit from distribution of gas and liberalise access to its market," Černák said. "Without any underground storage capacity [owned by Nafta Trade], SPP would end up simply as a gas transporter. But if SPP fully uses this storage capacity, it will be able to carry out its trade policy, and its role in the central European area will be much more important."

Despite the acknowledged benefits of the venture for SPP, the government remains mindful of the interest of foreign investors in Nafta Gbely, saying that a stake in the joint venture will be offered for sale as soon as possible. "The purpose of the new joint venture is to stabilise the situation at Nafta Gbely," said FNM President Ľudovít Kaník for The Slovak Spectator. According to Kaník, the FNM will only be a temporary participant in the joint venture with SPP. "We want to sell our stake as quickly as possible," he said.

Ivan Chodák, an analyst with CA IB Securities, said that after the FNM's withdrawal from the joint venture there would be only two possibilities - either SPP would buy the FNM's share, or a strategic foreign investor would be offered the stake. "I would say that the second option would be more acceptable and more probable," he said, arguing that SPP didn't have the money needed to invest in Nafta.

Černák stressed that the FNM's stake in SPP Slovakia would be sold quickly and transparently to the highest bidder. "Within two months we will announce an international tender for a strategic investor , which will be organised by some foreign manager in co-operation with Transparency International. We expect that SPP Slovakia will be established by the end of July, and that the FNM will sell its 50% stake in SPP Slovakia in August or September this year."

Who will get FNM stake?

The entry of a foreign investor into SPP Slovakia may not go so smoothly, however. Ján Kasper, SPP's Director of Investments, said that SPP "would like to use its pre-emptive right of purchase on the FNM shares. Why should we then invest 600 million Slovak crowns which we want to invest into SPP Slovakia," he asked.

The issue of who gets the FNM stake is a very sensitive one for the government. Earlier this year, Finance Minister Brigita Schmognerová, Deputy Prime Minister for Economy Ivan Mikloš and several FNM officials announced that a stake in Nafta was to be sold directly to a strategic, foreign investor. Among the seriously interested parties were Trans Canada Pipelines, American companies Synergy and Enron as well as the French Gaz de France.

According to analysts close to the Nafta sale process at the time, the would-be investors had been disappointed by the government's decision to delay the Nafta sale, and to keep a stake in gas storage in the SPP's hands.

Černák defended the cabinet's apparent change of heart as a desire to untangle the complicated ownership relations at Nafta before disposing of the firm. "This [proposed SPP joint venture] is a process of both partial re-privatisation [of Nafta Gbely] and of strategic investor participation, and the way it has been carried out will ensure for the future strategic investor that no doubt can ever be cast on [the legality of] it."

Despite the government's attempts to appear transparent in the disposal of Nafta, some important questions remain to be answered. "We still don't know what SPP Slovakia will be responsible for and whether or not SPP will be able to finance the restructuring of Nafta Gbely," said Chodák.

Černák, for his part, said he was persuaded that SPP had sufficient financial sources to stabilise the situation at Nafta Gbely. SPP officials revealed at a press conference on June 14 that the firm had made a first quarter profit of 5.9 billion Slovak crowns ($140 million) pretax, up 2.9 billion from the same period of 1998. The increase, SPP said, was caused by higher revenues from natural gas sales and transit on the one hand, and cheaper purchase prices on the other.

SPP General Director Pavol Kinčeš said during the press conference that the cabinet's recently-approved hike in gas prices by 50% as of July 1 would further bolster SPP's financial strength, allowing the company to continue with a development programme abandoned at the end of last year and build a further 90 kilometers of distribution network before the year was out.

SPP is one of the pillars of the Slovak economy. It purchases, transports and distributes natural gas for the domestic needs of the Slovak Republic, providing almost 30% of the nation's energy needs. Through its five main pipelines, it also sends around 80 billion cubic meters of gas annually from Russian deposits to markets in central and western Europe.