Slovakia may soon see its first legal battle over an issue that has blighted western Internet markets for years: unsolicited e-mail, less formally known as "spam."
The suit, which has yet to be filed, pits Telenor Slovakia, a subsidiary of the Norwegian IT giant Telenor, against LucidLight, a Slovak company specialising in direct marketing through e-mail and a subscriber of Telenor's service. The former claims that LucidLight was spamming, an activity which could make the provider an international Internet pariah, and which it punished by restricting the plaintiff's access to the Internet. LucidLight says that Telenor broke their contract without justification, and is suing for damages. 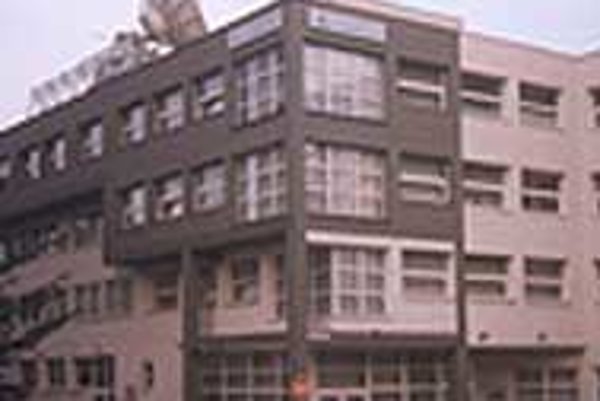 The suit, which has yet to be filed, pits Telenor Slovakia, a subsidiary of the Norwegian IT giant Telenor, against LucidLight, a Slovak company specialising in direct marketing through e-mail and a subscriber of Telenor's service. The former claims that LucidLight was spamming, an activity which could make the provider an international Internet pariah, and which it punished by restricting the plaintiff's access to the Internet. LucidLight says that Telenor broke their contract without justification, and is suing for damages.

Slovakia has clear rules against spamming. Ladislav Hudec, the Chairman of the Board of Directors for the Slovak Association for Information Technology Security (SASIB), defined 'spamming' as "the distribution of e-mail as advertising messages," and said that "in 1996, the Slovak parliament passed a bill on advertisement, Law 220, which stated that it is illegal to distribute advertisements through computer technology, fax, or telephone."

The upcoming court battle, however, will test many aspects of the law for the first time, including what actually constitutes an advertisement, as well as who has jurisdiction to decide.

On August 8, 1997, the two firms signed a contract calling for Telenor to provide LucidLight with full Internet services. On August 17, 1998, Telenor put a "filter" on LucidLight's e-mail access, said Telenor Country Director Are Mathisen, after they began receiving angry letters from subscribers who said they were receiving 'spam.'

Mathisen said the filter did not violate the contract, but rather prevented LucidLight from committing crimes on the Internet.

LucidLight board member Juraj Mac, on the other hand, said that their e-mail had been "blocked, not filtered," which therefore constituted a violation of the contract. Furthermore, he argued, even if LucidLight's activities on the Internet had been spamming - which they weren't - Telenor had no jurisdiction to decide what is legal or illegal, especially since the contract had never mentioned spamming.

"It is interesting to see how a company [Telenor] can invent a reason why not to provide complete services to another company with which a contract - that includes complete services - has been signed," said Mac. "In addition, [Telenor] has ignored the jurisdiction of the local authorities and has reached a verdict to its own advantage."

Telenor's Mathisen declined to comment on the pending suit, saying that "it would be unwise to discuss issues that will be addressed in court."

LucidLight is talking, however, and although the firm had not officially filed suit as of June 17, Mac said it would be only "a question of days" before they presented their case to the Slovak courts. His firm, he said, had signed a 10 million dollar contract with a London company dependant upon the e-mail services promised by Telenor Slovakia. As a result of its dispute with Telenor, he added, LucidLight has had to cancel the contract, and will sue Telenor for $2.5 million for "damages from breach of contract."

According to Peter Gabriž, Telenor's legal consultant, the question of jurisduction is relatively unimportant to the case. Any company - or country, for that matter - which tolerates spamming runs the risk of being excluded from international Internet markets. "A region allowing spam would be disconnected from the Internet as such. All providers would be shut down. We [at Telenor] service the state and large industries, so they would be cut-off [if we allowed spamming]," he said.

Mathisen added that anyone involved in the practice inevitably found themselves on a "black-list" warning Internet users of offenders. "It is against international law," he said. "If Slovakia says they allow it, they will not be a part of the Internet."

Furthermore, Gabriž said, spamming violates the privacy of individual users because the excess mail costs users money. "The recipient [of spam] pays for receiving the mail and wastes capacity and time getting rid of the messages and then avoiding them in the future."

For their part, LucidLight said they had created a "sorted database" which, because it is requested by the user, cannot be classified as spamming.

"We gathered databases of e-mail addresses that belonged to people with various interests and provided them with adequate information," Mac said. "This was done by having people submit their e-mail addresses in order to apply for information about various types of products they were interested in."

According to Stanislav Drgoň, another member of the board for LucidLight, the messages in question sent by LucidLight were presented with a box stating, "if you are interested, click here," thereby giving the recipient a choice and, importantly, distinguishing it from a spam message.

Mathisen, however, said that recipients of LucidLight's messages felt that, option or no, it was a violation of their private rights. Messages reading "Please track down this SPAM and kill it" and "this is rude behaviour," he said, were sent to Telenor in response to LucidLight messages.

Documents provided to The Slovak Spectator by LucidLight showed that the SASB's Hudec had prepared a statement concerning the contract (Hudec refused to comment on the report, saying it would break a pact of confidentiality). According to the report, full e-mail access must be included under the contract's promise of full Internet service. Furthermore, Hudec wrote, "Telenor provided LucidLight with all services, but the services were not completely functional. This can be interpreted as a failure to provide e-mail with Internet services."

In an interview with The Slovak Spectator, Hudec pointed out two important facts relevant to the case. The first was that LucidLight had never asked him to consider whether the contract forbade spamming, only if it had been breached.

Secondly, Hudec argued, all Internet contracts should have a clause protecting the provider in case the client performs illegal activities on the Internet, a clause that LucidLight claims was not in the contract. Without such a clause, "it could harm the provider," Hudec said.

Mathisen said that the issue would have to be resolved in court. "We say that they were spamming and they say we broke the contract," he said. "We'll just have to let the courts decide."

LucidLight agreed and added that they were looking forward to the court battle.

"Discussing the technical aspects of this case rather than the legal ones is Telenor's blatant preference," Mac said. "The contract signed between LucidLight and Telenor Slovakia does not include or prohibit - does not even mention - any sort of activities related to spam or unsolicited e-mailing. This has been confirmed in written form by various legal experts."