Telenor: We see GSM tender decision in a "balanced way"

Founded in 1996, Telenor Slovakia is a subsidiary of Telenor International, a Norwegian telecom and information technology provider. The firm submitted a bid to operate Slovakia's prospective GSM 1800 mobile phone network in an international tender announced in August 1998, but was rejected because, the Telecom Ministry said, they had not provided sufficient documentation before the tender deadline.
Are Mathisen, Telenor Slovakia Country Manager, said that his firm had not submitted a bid in the second GSM 1800 tender, announced on January 15, because the new conditions for GSM 1800 operators had been less favorable than those in the first tender. 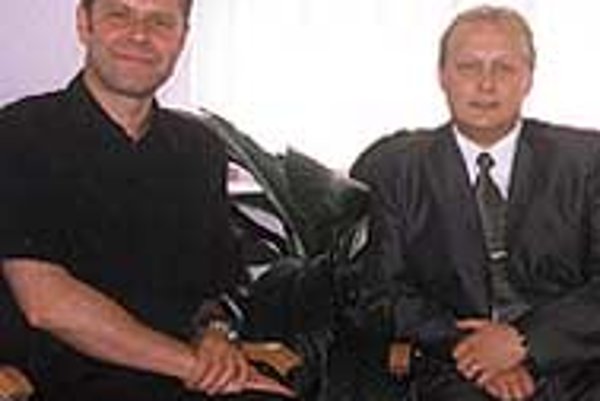 Font size:A-|A+  Comments disabled
Founded in 1996, Telenor Slovakia is a subsidiary of Telenor International, a Norwegian telecom and information technology provider. The firm submitted a bid to operate Slovakia's prospective GSM 1800 mobile phone network in an international tender announced in August 1998, but was rejected because, the Telecom Ministry said, they had not provided sufficient documentation before the tender deadline.

Are Mathisen, Telenor Slovakia Country Manager, said that his firm had not submitted a bid in the second GSM 1800 tender, announced on January 15, because the new conditions for GSM 1800 operators had been less favorable than those in the first tender. Mathisen added that the failure of the second tender to attract any bidders at all, and Telecom Minister Gabriel Palacka's decision on June 14 to split the license between Slovakia's existing GSM 900 operators, Globtel and EuroTel, was not a positive signal to foreign investors. He maintained, however, that Telenor was still interested in bidding for a share in state telecom monopoly Slovenské Telekomunikácie (ST), which is scheduled to be privatised before the end of this year.

The Slovak Spectator spoke to Mathisen and Telenor Internet Managing Director Dag Storrosten on June 15 about the Slovak IT market.

The Slovak Spectator (TSS): The new government has said it wants to attract foreign investment. In the IT and telecom fields, what kind of environment have they created for investors? Is this an inviting market?

Are Mathisen (AM):Up to now, there haven't been many changes. We feel welcome, but we haven't seen any practical changes - and now the import surcharge has been reinstated. I would be lying if I said a lot of things have been done to attract foreign investors to this field.

TSS: Has this been a case of promises rather than concrete actions?

AM: So far, yes. But I think we have to give the government some time. They are still struggling with their old Telecom Law, so they have to start a bit from the bottom. We respect that it will take time, but of course we also want to see some changes towards a more international way of doing business. The failed tender for the third operator of the GSM license is not a positive signal. This would have brought in foreign investment, but they said 'no,' so we cannot take this as positive. On the other hand, maybe there were several reasons why they didn't want to prepare [another tender]. We try to look at it in a balanced way.

TSS: Do you think the situation will improve in the future?

AM: I think that changes will come. Obviously they are struggling right now to become more integrated into western Europe... but, I think the changes will come, it's just a matter of time. One of the important steps along the way will be the privatisation of ST.

AM: Yes, we are. We know the Slovak market quite well, we've been here for three years now. We are monitoring the situation, and we will check out the prospects when the time comes. We have already started to establish our bidding process.

TSS: Telenor bid unsuccessfully for the first failed GSM 1800 tender and you weren't happy about the results of the second, either. Are you concerned that you may encounter similar 'non-transparent' situations during your bid for a stake in ST?

AM: No. We think everything will be done in a correct way.

TSS: Why do you think the ST sale will be different from the GSM 1800 process?

AM: Well, I think that one very important step they [the government] took [towards ST privatisation] was to involve a foreign bank, Deutsche Bank. I think this was a very good and wise step. Secondly, there should be no reason for them to have special favourites. What is important for the government is that they get paid well and find a good partner for ST. So if they have no special political reasons for chosing one over another, there should be no problems.

TSS: Telenor has been mentioned in various domestic news reports as having been involved in the recent controversy over the awarding of the GSM 1800 license - as having lobbied the Telecom Ministry not to award the license to the country's existing operators. How accurate have these press reports been?

AM: What is very strange for us is that the only interview we have ever done and the only information we have given concerning the mobile tender was for The Slovak Spectator last year. Since then, we haven't discussed the mobile project with any media outlet whatsoever. So, of course, we find it strange that we are mentioned in connection with different angles [of the tender process]. But now the decision has been taken not to launch a third tender, we are quite relaxed about it all. I think that somebody had a need to put Telenor up front [in controversy], but we have many interests in Slovakia and we totally respect the decision that was made.

TSS: Compared to other countries in Europe, how technologically advanced and how knowledgeable is Slovakia concerning the Internet?

TSS: How can the government encourage the growth of Internet development and knowledge?

Dag Storrosten (DS): On a macro level, had I been in their position, I would have made phone and telecom prices substantially lower and I would have made it possible [for telecom providers] to compete in that [Internet market] segment as soon as possible. Competition means better prices, better services, a quicker transformation to a digitalised network. It's very costly to use the phone now, and the phone is needed for the Internet. So that would have been a very meaningful thing to do. There are other points of view, such as maintaining prices and keeping the [Slovenské Telekomunikácie - ST] monopoly, but from the country's point of view, I would really recommend open competition and lowering the prices for phone use.

The second thing I would have done is to make the Internet available in schools. If you look at other countries and how they are learning how to compete, they've made Internet infrastructures available to schools as [priority] number one in the educational sector. In doing so, you get parents more interested, which also increases usage.

Of course, we are looking for ways to help trigger the market and I think the best way to do that is to actually leave it to private forces. It would be like what happened in Scandinavia - there would be some services, some portal sites available and people would need the Internet to get to them, sort of a 'push-pull' effect. It's very important to allow or even actually work to get better competition between services in Slovakia.

TSS: One project aimed at increasing Internet use in Slovakia is 'Project Infovek,' whereby every schoolroom in every city, town and village in the country would gain Internet access. Will Telenor be involved with Project Infovek?

DS: We were asked to sponsor some part of it and we said we were interested. If there is any sort of [further] invitation to participate we will be very interested because students are good long-term customers and it will help our company and the country.