Russia to be only Slovak crude source?

"Just look at how much pressure the Transpetrol decision caused. With Yukos's presence in Transpetrol, no selection team would risk selling another key stake in an energy utility to the Russians."
Mesa 10 analyst Marek Jakoby
Concerns over the growing dependence of Slovakia on Russian energy resources have been raised after the Russian firm Yukos won a tender for a 49% stake in the crude oil distributor Transpetrol.
Crude oil producer Yukos was confirmed as the winner of a public tender for Transpetrol by cabinet on December 19, beating out domestic refinery Slovnaft with an offer of $74 million. Yukos had been recommended as the winner by a tender commission on December 7. 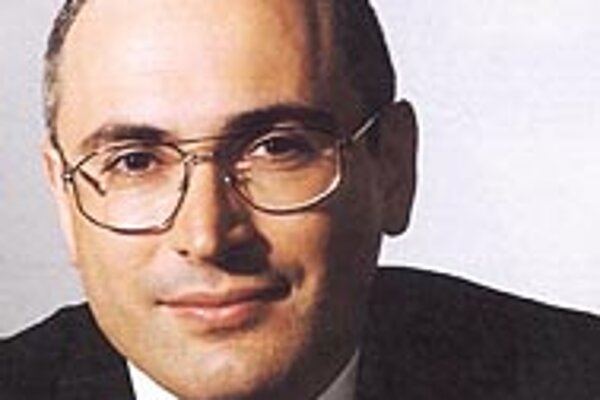 Font size:A-|A+0
Concerns over the growing dependence of Slovakia on Russian energy resources have been raised after the Russian firm Yukos won a tender for a 49% stake in the crude oil distributor Transpetrol.

Crude oil producer Yukos was confirmed as the winner of a public tender for Transpetrol by cabinet on December 19, beating out domestic refinery Slovnaft with an offer of $74 million. Yukos had been recommended as the winner by a tender commission on December 7.

Some analysts and politicians warned the decision might lead to an unhealthy and even dangerous reliance on a single source of crude oil, rather than promote a search for alternative suppliers.

They added that the cabinet might face the same problem in the upcoming privatisation of a 49% stake in the gas utility Slovenský plynárenský priemysel (SPP) at the beginning of 2002. The Russian gas giant Gazprom has expressed interest in the stake along with well-known western European energy firms.

Slovakia now gets all its crude oil and natural gas from Russia.

With access to different energy resources, critics argue, the country's industrial sector would not be so vulnerable to potential shifts in oil and gas flows from Russia. Diversified suppliers would also create competition, thus lowering transport fees and offering access to better quality products.

"Diversification is necessary because no one knows when a single resource provider might fail to deliver crude oil and gas. A Russian investor in Transpetrol would not be interested in diversifying fuel sources because it would take the business out of his hands and allow other producers and distributors to penetrate the market," said Marek Jakoby, an analyst with the Mesa 10 think tank.

But the members of the selection team which chose Yukos said that with the state controlling the remaining 51% Transpetrol stake, the government, not Yukos, would get to decide whether to diversify Slovak crude oil sources.

"It will be in the hands of the government to get other than Russian crude oil to Slovakia. Yukos simply cannot block the government's decision on this," said László Hóka, a member of the selection team.

The Slovak government has already tried to diversify its crude oil sources. At the end of last year, Prime Minister Mikuláš Dzurinda said that Slovakia was interested in a new crude oil pipeline project which would transport Caspian Sea crude to western Europe.

Although Yukos has promised to use Transpetrol's full transport capacities, which are currently running at about 33%, it will likely not use crude from the new pipeline to reach this goal. Yukos vice-president Jurij Bejlin recently told the Slovak economic weekly Trend that his company viewed the project as a competitor.

According to oil and gas analysts, Caspian crude, drilled mainly in Kazachstan, would be the most suitable way for Slovakia to diversify its crude oil supplies, which in turn would increase Transpetrol's importance in central Europe.

Ľudovít Ódor, an analyst with the Slovak rating agency, said: "I consider this Caspian crude a real chance for Slovakia to diversify its sources. Now it really all depends on what powers the government will maintain in Transpetrol."

Jakoby said that while the sale of Transpetrol to Yukos was noticeable example of the country's growing dependence on Russian energy resources, he was sure the cabinet would not risk selling a 49% stake in SPP to the Russian bidder Gazprom.

"Just look at how much pressure the decision on Transpetrol has caused. I dare say that with Yukos's presence in Transpetrol, no selection team would risk selling another key stake in an energy utility to the Russians," Jakoby said.

Earlier in December, Gazprom announced that it had considered joining the western consortium of German Ruhrgas, French Gaz de France and Italian Snam in bidding for the SPP stake, the same step it had taken shortly before the recent privatisation of the Czech natural gas distributor Transgas.

"This decision [to team up with European bidders] might have been affected by the decreased likelihood of Gazprom's getting SPP by going it alone," said David Marek, an oil and gas analyst with Patria Finance in Prague.

"But even if Gazprom is accepted in this consortium, I wouldn't worry about it misusing its position. It would be a strong and wide spectrum consortium which would not allow any such attempts."