"It won't help us to be silent and try to push problems out of sight.
I don't understand why other chief justices aren't interested in knowing the reputations of their courts. Perhaps they lack the courage to face the truth."
She was born in Žilina, but most people automatically associate her with Banská Bystrica.
Jana Dubovcová, 49, was elected chief justice of the central Slovak town's regional court in 1998, and soon gained a reputation for bold thinking that challenged the judicial status quo.
In August 2000 she implemented a Swiss, computer-driven case management system which has considerably speeded up the court's workings. The slowness of the Slovak court system has long been a target of criticism. 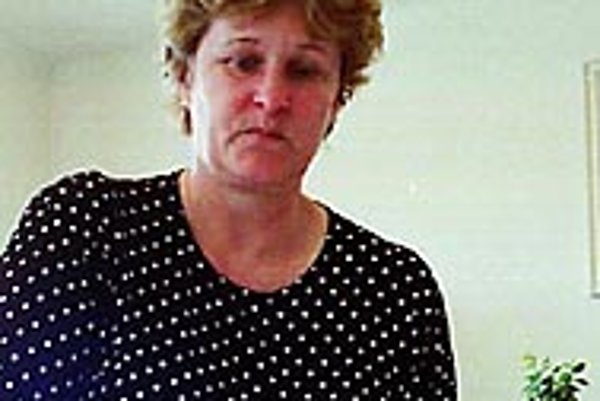 I don't understand why other chief justices aren't interested in knowing the reputations of their courts. Perhaps they lack the courage to face the truth."

She was born in Žilina, but most people automatically associate her with Banská Bystrica.

Jana Dubovcová, 49, was elected chief justice of the central Slovak town's regional court in 1998, and soon gained a reputation for bold thinking that challenged the judicial status quo.

In August 2000 she implemented a Swiss, computer-driven case management system which has considerably speeded up the court's workings. The slowness of the Slovak court system has long been a target of criticism.

In April this year she carried out a survey on corruption at her own court, saying she wanted to find out how corrupt it appeared in the public's eyes. The results were nothing to cheer about, but as she says, "I need to know what the situation is if I'm supposed to improve anything".

The judiciary has been perceived by Slovaks in surveys since 1999 as the country's second most corrupt area after the health system.

Earlier in December she accepted a nomination to run as Slovakia's first ombudsman, an official public rights defender.

But her efforts have drawn barbs as well as accolades. In being seen to blow the whistle on corruption, Dubovcová made many enemies among judges who thought she had damaged the judiciary's reputation further.

Supreme Court Chief Justice Štefan Harabin even asked Justice Minister Ján Čarnogurský to recall her from the post. But Čarnogurský refused, calling Dubovcová a role model for other judges, and later asking her to sit on a ministry committee which helps other courts in Slovakia implement the Swiss system.

Some colleagues say she helped to rid judges of their rose-tinted glasses and to force them to face up to the problem of corruption within their ranks.

She is a good hearted, cheery woman who worked as a press agency lawyer before becoming a judge, a profession she always dreamed of.

Her family is dear to her; a mother of five, she has prodigious energy and organisation skills, but laughs in dismissal when asked how she manages. "There are a few years between all of my children. Just as a top sportsman gradually reaches his best form by training, I too was able to prepare gradually to be able to handle it all."

She lectures at a Banská Bystrica teaching college on family law and edits Justin, a quarterly judicial magazine published by the Slovak Association of Judges. She refuses to buy a mobile phone because she wants to protect her privacy and not have her schedule disturbed by "99 phone calls a day".

She likes The Beatles, and almost every summer re-reads the romantic novel North and South by John Jakes. She has a German shepherd named Brix, and says she doesn't live by any motto because "I always thought it impossible to find one sentence which could summarise a person's view of life".

Despite her homely interests, Dubovcová in 2001 found herself at the centre of a high-level controversy, the object of protest from judges who took offence at her corruption survey.

She says she is convinced that she did the right thing: 30% of respondents said they had experienced corruption at her court, while two-thirds of those said they had been asked for a bribe by judges themselves.

"I did what I did because I thought it was necessary. It's not possible to ignore the problem. In the eyes of the public the issue has become so widespread that I felt radical steps were needed. It won't help us to be silent and try to push problems out of sight. We have to open the 'black boxes' and try to find solutions."

"I don't understand why other chief justices aren't interested in knowing the reputations of their courts. Perhaps they lack the courage to face the truth."

Several months later, Dubovcová presented the results of the Swiss case management system which her court co-produced and adjusted to Slovak needs. The data showed that judges could save up to 80% of the time they had been spending on administrative work.

Dubovcová estimated that within two or three years the backlog of half a million old cases which burden Slovak courts could be gradually eliminated.

She says that money is the only barrier to seeing the system installed at all courts. The basic requirement is a fully interconnected computer system; most Slovak judges still use a typewriter.

She is not worried, however, that judges might refuse the on-the-job changes computers would bring, despite Minister Čarnogurský's statement that judges in general were conservative people.

"Older judges should welcome these changes. They were the ones who have been complaining for years about the paperwork. It will take some time for them to get used to the system, but it's here and now it's up to them to embrace it."

When Dubovcová became chief justice in Banská Bystrica, she said each of her judges had 300 to 350 active case files stuck away in cupboards. By the second year they had been using the case management system, the average case backlog had dropped to 180.

"At first we took care of the more recent and less complicated agenda, but we're already now starting to empty our cupboards of those complicated cases which judges never had time for because they were too burdened with administrative tasks."

Unlike other judges who complain about bad working conditions and low wages, Dubovcová says: "The biggest problem of the Slovak judiciary is the people themselves. We can give them whatever conditions, technical equipment, legal stability they ask for, but if they're not willing to start working really hard, nobody can help us."

Do Slovak judges get low wages? "It's probably the only thing we can unite on," she laughs but adds: "Our system of setting judges' wages is ideal and admired by foreign colleagues."

Judges' wages are set at three times the average national wage in the previous year. Dubovcová thinks the system is an objective one which reflects overall living standards. "Richer countries of course can pay their judges better. But we're not there yet."

Despite the problems that remain in the judiciary, Dubovcová believes the 1,200-strong professional community is ready for entry to the European Union in 2004, the date the Slovak government has set as its target.

Judges have been given a far greater measure of professional independence under the current government. The judicial council, a supervisory, self-ruling judicial body, is being created, while judges at local courts have the right to elect their chiefs, and parliament's much-criticised appointment of judges for four year terms before they came up for life appointments - thus putting the junior judges at the mercy of legislators - was abolished in a February 2001 rewrite of the Slovak constitution.

The European Commission had warned several times that political pressures could be exercised on judges during these probationary terms.

Armed with these new tools, Dubovcová says, there's only one thing judges need to do: "Judges must be demanding of themselves above all, they must live respectable lives and not reject allegations of corruption by saying 'you haven't proven anything, therefore I'm clean'."

To protect her family from the turmoil of her trade, she says she "regularly delivered verdicts on Saturday nights so the children didn't suffer from my absence. Having a big family taught me look for the shortest, most practical ways to reach a desired goal."