Quo vadis: Ján Figeľ on his past and Slovakia's future

"We cannot build a brighter future if we can't name the past for what it was.
We need to name the crimes, the victims, the oppressors and the guilty.
Only then can we issue amnesties and judicial decisions."
Soft spoken and slight of presence, Ján Figeľ says he often wonders how he became a top Slovak politician and the country's main negotiator for entry to the European Union.
"I've asked myself many times whether I'm in the right place, whether this is really my life and career, whether I'm not just thinking I'm doing good things while reality is quite different," the Deputy Foreign Minister admits. "But maybe there's nothing wrong with self-evaluation, the occasional quo vadis."
Reality at the end of 2001 shows Slovakia in the vanguard of EU hopefuls, many of whom started work on their entry projects over a year before Bratislava appointed Figeľ to represent its interests in Brussels. 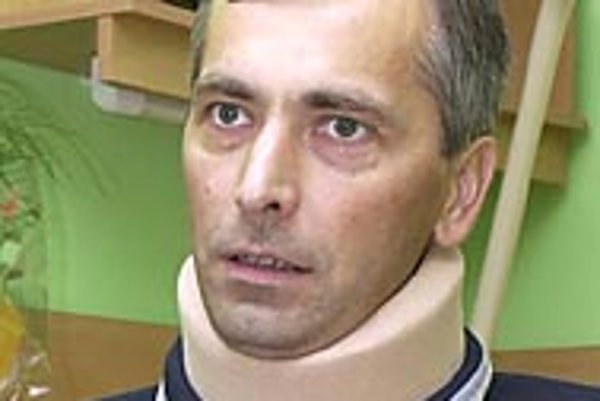 Soft spoken and slight of presence, Ján Figeľ says he often wonders how he became a top Slovak politician and the country's main negotiator for entry to the European Union.

"I've asked myself many times whether I'm in the right place, whether this is really my life and career, whether I'm not just thinking I'm doing good things while reality is quite different," the Deputy Foreign Minister admits. "But maybe there's nothing wrong with self-evaluation, the occasional quo vadis."

Reality at the end of 2001 shows Slovakia in the vanguard of EU hopefuls, many of whom started work on their entry projects over a year before Bratislava appointed Figeľ to represent its interests in Brussels.

Although Slovakia was ruled out of the first group of EU members in 1997 due to the authoritarian excesses of former Prime Minister Vladimír Mečiar, an EU summit in late 1999 invited the new Mikuláš Dzurinda government to start talks in early 2000. Since then, Slovakia has completed requirements in 21 of 29 fields EU applicants must satisfy before joining the 15-member bloc.

"We have achieved results that are equally as good as those of our neighbours, who started earlier, and in some areas we are even better," Figeľ boasts. "For example the environment chapter, where we received the most and the longest transitional periods of any applicant country so far, which means a lower burden on our companies, cities, villages and the country as a whole."

In Slovakia, where a former top communist is now a democracy-espousing president, and where former secret service agents have parlayed classified information into business successes, Figeľ has a greater moral claim than most to be the steward of his country's western ambitions.

He grew up in the village of Čaklová in Slovakia's far east, near Vranov nad Topľou. His parents were deeply religious and his father a bitter anti-communist after the disappearance of Ján Figeľ's uncle in 1953, which the father blamed on the ŠtB secret police.

Now 41 and married with four children, Figeľ admits his upbringing shaped his later political convictions as a founding member of today's conservative Christian Democratic Movement. "Family experience means a lot in public life, more than just reading books, and many families in Slovakia have such tragic memories," he says.

For the Christian Democrats, some of whose leading members were political prisoners or otherwise suffered under the communists, these experiences are reflected in a stoutly law-and-order platform that insists communist-era criminals be barred from office.

"Personal experience and the principle of justice has convinced many members of the Christian Democrats that we cannot build a brighter future if we can't name the past for what it was," says Figeľ. "It doesn't mean we're looking for revenge, but to achieve justice where possible, to ease pain, to rehabilitate. I believe in the maxim 'the truth liberates'. We need to name the crimes, the victims, the oppressors and the guilty. Only then can we issue amnesties and judicial decisions. The idea that forgetting the past will somehow bring peace simply creates new room for history to repeat itself."

Figeľ still remembers his first real encounter with the totalitarian regime after he joined the communist youth organisation as an 18-year-old university student. He eventually rose to lead his university communist unit, saying he hoped to improve student housing conditions, but left after being pressured to join the Communist Party proper. He says the communists threatened not to let him finish school, but later relented.

"It was a difficult experience, a deep and personal conflict," he remembers. "Maybe I underestimated the mastery of the communist regime. When you are young you think as a young person. But I'm glad now that I refused to cosy up to the Communist Party or to denounce my religion. This conflict showed me the real face of communism, for all that it was more gentle than during the 1950s when my uncle was studying. It gave me an experience which I still draw on."

Figeľ says he and his father "didn't talk too much" about his decision to join the communist youth group.

The 1989 revolution found him working as a research and design engineer in power electronics in Prešov and visiting Austria on December 10 with his brother to see "a real freeway" with their own eyes. Figeľ also says that Austria's relatively clean toilets were for many Slovaks the first tangible symbol of freedom they encountered.

But it is as an EU negotiator that Figeľ has really made his mark, in his own words repairing the damage done to Slovakia's foreign image during the 1994 to 1998 Mečiar years.

"What matters most in negotiations is trust. Slovakia is trusted now, and that's in part due to the validity and accuracy of our arguments for EU entry."

Figeľ explains that his strategy is to ask the EU for exceptions on a limited number of legislative changes required for entry and then back up the requests with chapter and verse. One recent example was the environment field, where Slovakia managed to have huge required investments in water treatment facilities delayed over several decades.

"Other countries have different tactics, but asking too much in order to get half doesn't help to deepen trust. Nor does it improve domestic communication on the EU; and here again we are proud that 70% of Slovaks support EU entry, compared to half or less in surrounding countries."

Figeľ says he feels a deep tie to his native eastern Slovakia, and imagines himself as a "bridge from eastern Slovakia through Bratislava to Strasbourg, Brussels, Washington to bring more development, education and hope not only to the capital city but also to Slovakia's regions."

He points to US Steel Košice President John Goodish, whose grand-uncle Ján Gojdič emigrated from eastern Slovakia to the US earlier in the century, as evidence of the great human potential in the country's poorest region.

"Given that thousands of Slovak easterners were able to compete on a large scale as immigrants in Europe, Canada, the US, I'm sure they can compete under EU rules at home as well. But we need to get in first."

Despite his enthusiasm, Figeľ remains aware that most ordinary Slovaks do not share his optimism for the future and that teaching self-reliance to many will be a painful process.

After breaking a vertebra in his neck September 9 during a soccer match, Figeľ went back to work in Brussels in a neck brace in late October, a display of professional dedication he admits would be foreign to many Slovaks.

"I was also afraid of what feelings I might arouse in my EU and Nato counterparts, but it was taken positively - not that I should remain at home until I am well, but that Slovakia's chief negotiator is so committed that he comes to work even when not fully recovered," he remembers.

"I wish we could all take the same attitude towards our mutual wounds from the past, to see opportunities rather than handicaps."

But change is coming, Figeľ insists, even if it is taking longer than predicted to arrive: "We have two basic groups in this society - one which is waiting for the state and others to do something so they can get something from them, and another which believes that freedom means responsibility. When we look to the south-east, to the Balkans, we see 10 years of bloodshed and mass graves. In Slovakia, I am eternally optimistic that optimism will prevail."