Hungarians brought own agenda to coalition

In the whirlwind of recent events we have somehow quickly forgotten the recent behaviour of the Party of the Hungarian Coalition (SMK), which on the basis of its dissatisfaction with the planned state subsidies for supporting the culture of the Hungarian minority, obstructed the functioning of parliament for almost three days.
But I am not now going to beat my chest and recall the [negative] attitude I had towards the SMK during coalition negotiations [last October]... 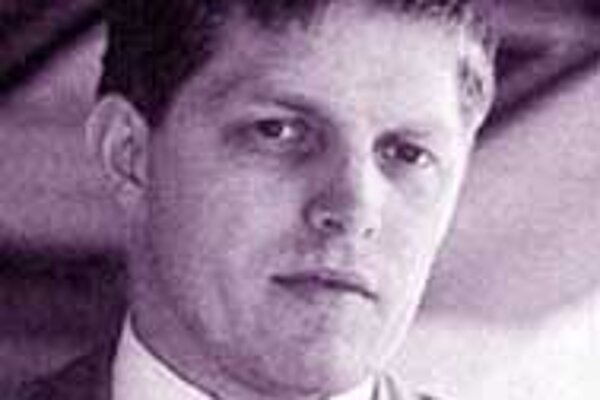 Font size:A-|A+  Comments disabled
Reprinted from the May 26 edition of the Práca daily paper

In the whirlwind of recent events we have somehow quickly forgotten the recent behaviour of the Party of the Hungarian Coalition (SMK), which on the basis of its dissatisfaction with the planned state subsidies for supporting the culture of the Hungarian minority, obstructed the functioning of parliament for almost three days.

But I am not now going to beat my chest and recall the [negative] attitude I had towards the SMK during coalition negotiations [last October]...

The participation and behaviour of the SMK in the government coalition raises many questions, and answering them can only help the nearly destroyed government team.

Maybe I'm exaggerating a bit, but at the same time I'm not too far from the truth in saying that the SMK has confused regional politics with national politics, and that its politics end at the northern limit of [the southern Slovak region of ] Nitra. From the national point of view, the SMK has achieved nothing. For example, the performance of the Construction Minister [István Harna] nominated by the SMK is still a mystery to me. I don't want to dwell on the [low] funding allotted for housing construction for 1999 because it would be a big faux pas. I don't understand, however, why we didn't see the current minister fight even once [for higher funding] during the preparation of the state budget for 1999...

We might also note the SMK's efforts to gain control of the Land Fund, which ended in a squabble between [SMK leader] Béla Bugár and Agriculture Minister Pavol Koncoš. The fact that the SMK is not interested in stabilising the situation at the Land Fund is confirmed by the attitude of Hungarian deputies in parliament during the readings of the bills which determined the rules for nominating the Fund's Supervisory Board and Board of Directors. They rejected it [the proposed rules], but hadn't the courage to give their true reasons for doing this...

If we add the SMK's systematic placement of party members in state administration positions or other events such as official Slovak state letters being published in Hungarian, we shouldn't be surprised that the SMK is losing its last Slovak voters.

The SMK has to realise that with this brand of politics, it can only gain the support of its own Hungarian voters - no one else. At the same time, it may create excellent conditions for the development of extremism. The increase in support for the [far right nationalist] SNS party, and to a certain extent also the increased vitality of the opposition HZDS party, are clearly the results of the SMK's performance to date in the government coalition. The SMK and the SNS simply need each other to survive politically.

One thing is for sure - anxiety is increasing not only among politicians but among the voters, which is much more dangerous.

Our trial by fire is still yet to come in the form of a minority language law. This law, even though it has not yet been passed by parliament, is already a legend. Most citizens are not interested in the contents of the bill, but in the extreme pressure being applied for its approval. The SMK has been aggravating the situation, politely said, with irrational proposals like one which wants entrance exams for universities to be set in Hungarian. The SMK is clearly mindful of the international support which the party has been preparing for years.

The way in which the coalition government handles the approval of the minority law will significantly influence the political scene. Either the law will cause an increase in nationalism and extremism in Slovakia, even while winning a pat on the back from western partners, or we will deal with minority languages in a way that allows us to keep our face and a certain measure of independence from not-always objective international organisations.

It is high time that we spoke plainly about the real interests of NATO and the EU in Slovakia's becoming a member of these alliances. These are clubs which accept new members only if it serves their own interests. The level of preparedness of candidates is not all that important.

Slovakia's preparations for NATO entry differed in no way from those of Hungary, Poland or the Czech Republic. The interest of the clubs [in Slovakia] was missing, however.

I would also recommend greater sobriety in assessing the results of the [April NATO] Washington summit, where Slovakia was 'mentioned' in the final documents. Slovakia belongs to Europe, but must be allowed to keep its head high and its dignity intact. A meekly bowed head doesn't suit even some of our top politicians.

It's understandable that Hungary's membership in NATO and the distance it has put between itself and Slovakia on the path to the EU gives wings to our Slovak Hungarian polticians in pushing through their ideas of coexistence [with Slovaks]. That is why today everything depends on SMK politicians, on how far they are willing to go and whether they will find the will to calm the extremely troubled political scene. After all, they have contributed to these troubles with their regional and strongly partisan politics, which are focussed on their own interests.