LIKE a bad 1960s spy film, the man in the black hat and coat meets his contact, murmurs a few words in Russian and then gets into a car to watch a small screen on the dashboard.
"The subject has left," he says. "Yes," agrees his contact, both staring intently at the tiny picture in front of them.
But this isn't a bad spy film. This is a documentary on tracking techniques used by spies, at a new exhibition in Bratislava. 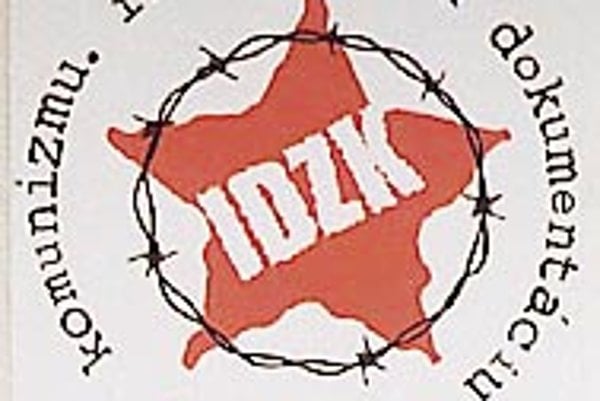 Font size:A-|A+  Comments disabled
LIKE a bad 1960s spy film, the man in the black hat and coat meets his contact, murmurs a few words in Russian and then gets into a car to watch a small screen on the dashboard.

"The subject has left," he says. "Yes," agrees his contact, both staring intently at the tiny picture in front of them.

But this isn't a bad spy film. This is a documentary on tracking techniques used by spies, at a new exhibition in Bratislava.

"Not only walls have ears", running at the České Centrum on Hviezdoslavovo námestie in Bratislava until February, reveals the secret technology used by former Czechoslovak secret police (ŠtB) agents to monitor dissidents under communism.

Secret listening and trailing devices on display, including hidden cameras and phone bugs used by the ŠtB, and documents from interior ministers detailing surveillance of suspected dissidents are a stark reminder of the shocking abuse of human rights in Czechoslovakia under communism.

But while the exhibition draws attention to the human rights abuses committed by the secret police, many of those who served in the ŠtB are still working in state bodies, and some of them in senior positions.

In mid December it was revealed that many members of the former secret police still work in various ministries, the financial police, and especially the present Slovak secret service (SIS).

SIS head Vladimir Mitro was forced to admit that almost 8 per cent of his force consisted of former ŠtB agents, although he said no one connected with the "Operation Against Internal Enemies" that was run by the ŠtB between 1974 and 1988 serves in the force.

"I wouldn't be able to give an exact figure, but probably about 8 per cent of the total service," he said.

But head of the Parliamentary Commission for Defence and Security Vladimír Palko said a significant number of former ŠtB agents still work at the Interior Ministry, while other politicians hinted at large numbers in the Defence Ministry.

A combination of a lack of competent manpower to work in the first intelligence services of the post-communist Czechoslovakia, and a failure to clearly identify all the activities of every single StB agent, led to many keeping their jobs or being moved into other posts in state bodies, some politicians say.

"In the fight against crime there simply weren't enough experienced people," says Ladislav Pittner, Interior Minister in 1991 when many ex ŠtB agents were drafted into state bodies, and head of the Association of Political Prisoners.

The number of former secret police agents still in the service of the government is impossible to document.

Files on ex ŠtB agents remain classified, despite calls from senior political figures to have them made public.

Justice Minister Ján Čarnogurský, himself imprisoned under the communist regime, has repeatedly called for the files to be declassified.

He did so again this October, arguing that other former communist countries, such as the Czech Republic, had already done so, and citizens had a right to know where ex secret police were working.

He received support from some other politicians, but little from his own cabinet.

But other ministers seem determined to make a break from the past. Interior Minister Ivan Šimko has said there are plans to overhaul the structure of some state bodies, such as the Financial Police, possibly removing the former ŠtB agents.

He has rejected suggestions from people like Pittner that there are not enough experienced financial crime experts to fill the posts that ex ŠtB agents currently hold.

"Twelve years after the revolution we should be able to find enough competent people who don't have their hands tied to the old regime," he says.

But whatever moves are made, some former political prisoners believe the political elite lacks the will to deal with crimes committed under the communist regime.

"There's a lack of courage and of political will. Many of today's elite fear that if these crimes were properly investigated, they'd get into trouble because many of them collaborated and were active parts of the communist system. Almost all of them have a skeleton in the cupboard," says Pittner, himself a former prisoner.

MPs from the former communist party and now part of the ruling coalition, the SDĽ, have in the past been questioned on their attitudes to communist crimes.

Many of them have argued that the matter should be left and that rather than deal with past crimes the current government should be using resources to bring today's criminals to justice.

Slovak President Rudolf Schuster, a member of the communist hierarchy until the fall of the regime, has been pressed on his past since taking office in summer 1999.

He has claimed he never believed in the regime and privately observed his Catholic faith despite the ban on communist party members having anything to do with religion.

But in contrast to Czech president Václav Havel, arguably the most famous communist dissident in Western eyes, Schuster has been largely quiet on punishing former communists.

Slovakia has also been slow to deal with past communist criminals in comparison with the Czech Republic, its former federal neighbour, and has devoted far fewer resources to investigations.

As of December 1 2001 166 people had been charged in the Czech Republic in connection with crimes under communism. This included two high profile convictions of communist leaders for crimes stretching back to the 1968 occupation of the country by Warsaw Pact forces. A further 71 charges are either being, or waiting to be heard, in courts.

The Czech Office for the Documentation and Investigation of Communist Crimes has 100 employees. The Slovak office, under the auspices of the Justice Ministry, has two, with one extra Interior Ministry employee carrying out investigations.

In Slovakia only two cases have been brought to court - one recently against the last ŠtB chief, Alojz Lorenc, and another against Vasil Biľak, a prominent member of the communist party who supported the Russian-led occupation of Czechoslovakia in 1968.

Even those cases have provoked fury among Slovaks who suffered at the hands of communism. Lorenc was given a 15 month suspended sentence for abuse of public office, when he detained a number of dissidents illegally at the time of the Velvet Revolution in 1989.

Not only were people like Pittner, himself imprisoned as a dissident under the old regime, angry at the leniency of the sentence, but they were stung by the fact that the Czechs had already handed down a much harsher sentence to Lorenc years before.

Lorenc was sentenced to four years in jail for the same crime by the Czechs in 1993 but following the split of Czechoslovakia on January 1 that same year refused to leave Slovakia to serve the sentence in the Czech Republic.

For Pittner, the two sentences emphasise the different approaches the two countries have taken to investigating ŠtB agents, despite the fact that the secret police, as the exhibition on Hviezdoslavovo námestie makes clear, was Czechoslovak.

"The Czechs have achieved more. In Slovakia nobody feels responsibility for what the regime did to people. Many try to shake off their responsibility," he says.