Phare funds get penzión off ground

SMIŽANY - Mária Kramárová happily acknowledges that she lives in one of the most beautiful areas in the world.
The eastern Slovak town Smižany, where she and her husband Peter started the Penzion Mária in 1990, is sandwiched in the Hornád Valley between popular tourist destinations such as Slovenský raj (Slovak Paradise) national park, the Spišský hrad castle ruins, and the High Tatras mountain range. 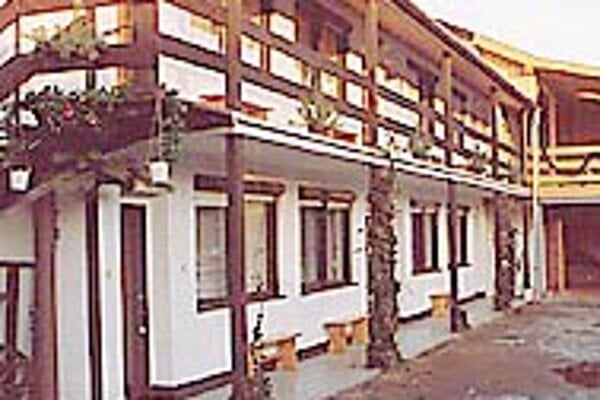 Font size:A-|A+0
SMIŽANY - Mária Kramárová happily acknowledges that she lives in one of the most beautiful areas in the world.

The eastern Slovak town Smižany, where she and her husband Peter started the Penzion Mária in 1990, is sandwiched in the Hornád Valley between popular tourist destinations such as Slovenský raj (Slovak Paradise) national park, the Spišský hrad castle ruins, and the High Tatras mountain range.

Attracting visitors, few of whom have ever heard of this town of 7,000 inhabitants, is another matter, however. Which is why, she says, grants provided by European Union Phare fund for the promotion of tourism are so important.

"We received Sk700,000 ($14,600) last year from Phare which made it possible for us to expand and upgrade the penzión and to publish and distribute promotional material. It has been very helpful in improving our chances for success," she said.

Kramárová applied for the grant last spring and received the funding in September. Construction then proceeded at breakneck pace to beat the onset of winter. The result so far is a new fitness centre, a sauna and whirlpool facility, reconstructed and upgraded rooms, and a covered outdoor game centre with a pool table and golf putting green. Once the weather warms, an outdoor grill will also be erected.

Since 1995 Phare has provided grants to penzión's like Kramárová's in the Spiš region to give tourism a boost in one of the country's most economically downtrodden areas, where unemployment has for years hovered around the 25% mark. Last year alone, said Phare task manager Monika Hanzelová, the EU doled out around one million euros under the tourism grant scheme. "The goal of the grants is to develop infrastructure for tourism that will be in place for many years," she said.

Hanzelová added that 2002 would be a key year for the tourism grant scheme because last year was the last in which Phare gave funding. From now on, she said, the Economy Ministry will be responsible for promoting and further developing tourism in areas such as Spiš.

"This year an additional Sk45 million will be set aside from the state budget, not from Phare funds, for tourism grants. It is a very important year because the ministry must implement some sort of control mechanism to assure transparency. We can't have some ministry official just saying that he visited the Spiš region and he has a friend there who needs some money," she said.

"They will have to develop projects and the basic structures in an efficient and transparent manner, so that they will be ready to continue such activities when Slovakia joins the European Union and has a budget perhaps ten times higher than now. It must be transparent and effective," she added.

Phare representatives working with the Economy Ministry were not immediately available for comment when contacted by The Slovak Spectator.

Kramárová said she hoped the funding would continue as it had made previously unfeasible upgrades a manageable prospect. "When we started the penzión in 1990, it was the worst year, it was very hard. We had to get a loan from VÚB bank ourselves for Sk600,000 ($12,500) with a ridiculous interest rate of 21.5 per cent," she said.

"Now, after we got the Phare grant, we took out another loan because the money we got was not enough to cover all expenses. We went to VÚB again and took out Sk1.5 million with 11 per cent interest. It's better now, we can at least breathe."

The upgrades appear to be paying dividends. The penzión is routinely fully booked from spring till fall, Kramárová said, with most visitors coming from Poland, the Czech Republic and Germany.

Americans are also keen on the penzión, she noted, showing off a photograph and a thank-you letter written by Ralph Johnson, a former US ambassador to Slovakia, who stayed at Penzión Maria in 1998. Kramárová then presented a letter printed in the San Francisco Chronicle from a reader who had visited the penzión and wanted to recommend it to other Californians.

"It's beautiful here," said Peter Kramár, while pointing to the sun setting behind the forests marking the Slovenský raj border. "We have the Tatras, a comfortable penzion, many opportunities for tourist activities in Slovenský raj. When people come they are always satisfied."