ČAROBNA Noc (A Magic Night), a group of young Australians of Slovak origin, play the tunes of their parents' homeland, a country they have never seen.
They keep the public on their feet until early morning in various clubs all around Melbourne. They play at dinner dances, weddings, engagements and parties at the Ľudovít Štúr Slovak Social Club. For them, music is the rhythm of a faraway place. 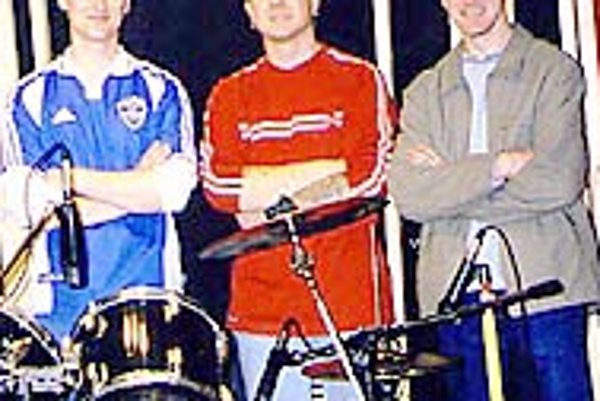 Font size:A-|A+  Comments disabled
ČAROBNA Noc (A Magic Night), a group of young Australians of Slovak origin, play the tunes of their parents' homeland, a country they have never seen.

They keep the public on their feet until early morning in various clubs all around Melbourne. They play at dinner dances, weddings, engagements and parties at the Ľudovít Štúr Slovak Social Club. For them, music is the rhythm of a faraway place.

"All of us were born here," says Andy Kolárik, a 27-year-old accordion and keyboard player, "but our parents' country is somewhere else." Their parents are Slovaks from Vojvodina, a region known for its rich history, traditions, and the home of 27 minorities in the northern part of the former Yugoslavia.

Their multicultural background is apparent in their music. After nine years, Čarobna Noc has a repertoire of almost 400 songs, taken mainly from the Slovak folk tradition, but also Serbian, Croatian and Macedonian tunes and rhythms, combining them with contemporary rock and pop.

After meeting in Ľudovít Štúr and getting to know each other better, Sam Rauza, on vocals and rhythm guitar and the only remaining original member of the band, decided to establish a group which would not only keep the tradition, but entertain people at important events.

"Without Sam there might not have been a Slovak band in Australia. We also play three or four times a week at jam sessions. But do you know what weddings we play at look like? A lot of broken glasses and bottles. And sometimes dancing on the tables," Kolárik laughs.

Their first album, called Čarobna Noc and released in 1994, has changed the sound of Slovak music.

"The new standard was a music played on 'modern instruments', namely drums, guitar, bass guitar, synthesisers, and accordion rather than the traditional violin, viola and cymbal. Having said that, the band tries to keep the music they play as original as possible," says Sluka.

Rauza brought in 17-year-old Tyrone Geradda, a Maltese guitar player, who adapted without any problems to singing in Slovak.

Robert Trott, the former drummer, was the only original 'Aussie' in the former line-up.

Sluka is the only member of the group with a professional musical education. He began studying piano accordion at the age of nine. As Kolárik says: "With his formal musical training, he has tapped into the foundations and moved it in the right direction."

Kolárik, the youngest member of the group, joined the band in 1988 aged 11. He attended accordion classes for eight months. "I am the only member of my family that has anything to do with music," he says. Music is for him a full time profession. Not only does he play, he also works in production, arranging and engineering.

"I love the challenge of producing something that many people will listen to. It's good fun getting into the nitty-gritty of a song and changing and tweaking it a little, it makes all the difference in the world," he adds.

Paul Horesh, on drums and backing vocals, was the one who brought the contemporary rock and pop sound, making their style of music distinctive and more appealing to young Australians.

The group's second album, Dance, Sing and Don't Forget, was released in 1995 and followed the same style. "I really appreciate the work of the Slovak community in Australia and I admire their way of keeping Slovak traditions alive and promoting Slovak culture. I like very much the music played by Čarobna Noc," says Anna Tureničová, the Slovak ambassador to Australia.

The band is now planning new projects in Australia, including their next album. It will include 21 songs together with "Padinski pozdrav" (Hello to the Padina Homeland) composed originally by Kolárik.

"We are still tossing around ideas as to what to call the album," he says. "Padina is a village in Vojvodina where my mother was born, and it is a song about leaving your homeland and thinking about returning.

"I hope I will go there next summer to visit for the first time."