The stunning collapse of US energy giant Enron last year, and the role played by prestigious auditing firm Andersen in hiding Enron's troubles from shareholders, have led to calls around the world for more transparent management and auditing of corporations.
The case has also prompted debate on conflict of interest in auditing firms which, as in the case of Andersen and Enron, offer their clients paid financial advice.
While US auditing standards and controls on auditors seem certain to be tightened in the wake of the Enron scandal, countries like Slovakia are also starting to consider stricter auditing rules to prevent catastrophic conflicts of interest. 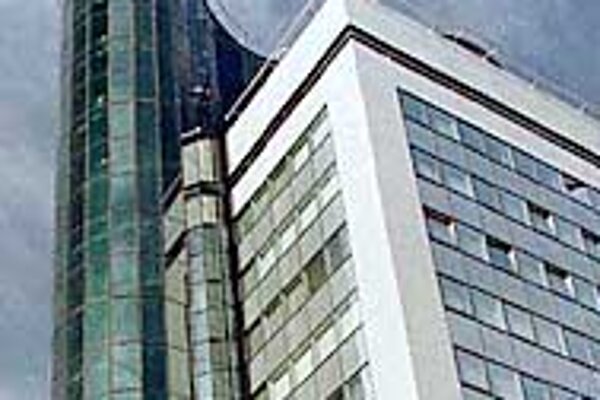 Font size:A-|A+0
The stunning collapse of US energy giant Enron last year, and the role played by prestigious auditing firm Andersen in hiding Enron's troubles from shareholders, have led to calls around the world for more transparent management and auditing of corporations.

The case has also prompted debate on conflict of interest in auditing firms which, as in the case of Andersen and Enron, offer their clients paid financial advice.

While US auditing standards and controls on auditors seem certain to be tightened in the wake of the Enron scandal, countries like Slovakia are also starting to consider stricter auditing rules to prevent catastrophic conflicts of interest.

Slovak auditing experts said that domestic legislation was insufficient to prevent a conflict of interest similar to that of Arthur Andersen, a member of the world's 'Big Five' major auditing firms, which was paid $27 million by Enron for non-auditing services.

The experts added that Slovak bodies which verified the results of audited companies should also become more efficient.

"The law should set a broader definition of what is and is not a conflict of interest, and should improve the quality of controlling bodies," said Ivan Bošeľa, the president of the Slovak Chamber of Auditors.

The Slovak Auditing Law defines a conflict of interest as arising when employees of an auditing firm, an auditor or his or her relatives sit in the top bodies of companies which they audit, including the board of directors and the supervisory board. Nor are auditors allowed to own shares or hold jobs in the audited companies.

Investigators in the Enron case have found that Enron and Andersen had been employing each other's former staff for years.

However, the Slovak Code of Ethics for auditors goes even further, advising that auditors should not be party to any other business contracts with companies they audit, and should not even buy the company's goods and services.

Bošeľa said that the Code of Ethics and the Auditing Law had been broken in Slovakia by both domestic and international auditing firms, but refused to give examples.

In cases where the Auditing Law or the Code of Ethics are violated, the Chamber of Auditors has the right to warn the auditing firm, fine it, take its auditing license for three years or even withdraw it altogether.

"This happens several times a year. We have had cases where we applied the first three sanctions, but we have never taken anyone's license," Bošeľa said.

"It would be a good idea to have some parts of the Code of Ethics included in the law, in order that conflict of interest cases be taken more seriously," he added.

However, representatives of auditing firms played down concerns about conflicts of interest.

"The general rule in most countries is that auditing firms must not audit their own financial valuations of companies, meaning that auditing firms cannot do a company's book-keeping and advise it on its finances at the same time," said Peter Feith, managing partner of the Ernst & Young auditing firm in Slovakia.

Feith added: "But this doesn't mean that when an auditor does an audit of a company it can't advise it, say, on the sale of its daughter company. This should not be considered a conflict of interest."

The procedures include double-checks on audits of all financial institutions and of firms on a list of 'risky' companies, and both regular and random in-house reviews of audit reports.

Deloitte & Touche President Vladimír Masár is the former governor of the National Bank of Slovakia, where Deloitte now performs audits. However, Flook said the situation did not constitute an interest conflict.

"It would only be a problem if an employee of ours was a current employee or shareholder in a company we are auditing," he said.

Flook said he did not have enough information to comment on Deloitte & Touche's role as sale advisor to steel maker VSŽ in a deal with US Steel at the same time they were auditing VSŽ.

Despite the rigorous standards foreign auditors use, Bošeľa said, having Big Five members do audits in the past had not identified problems at troubled Slovak banks which later collapsed. "Audits did not always show the true situation at troubled banks such as Priemyselná banka, Slovenská kreditná banka (SKB), Investičná a rozvojová banka (IRB) and Devín banka," he said.

Feith, whose Ernst & Young firm audited IRB as well as Priemyselná banka before it crashed in 1999, said an auditor could often not be blamed for bad corporate management.

"At Priemyselná banka we had no chance to influence the collapse because promissory notes had been issued which were kept in a drawer, and no one told us about them," he said. "If a company doesn't give the auditor all the information, the auditor can do nothing about it."

The tools of control have been improved over the last two years, with the Bank Law approved last year and the 2000 Auditing Law allowing the Chamber of Auditors to check the quality of auditors' work. However, Bošeľa said that tighter checks on the figures of audited companies by official control bodies, especially in the area of accounting, were needed.

In Slovakia, controls on company figures are carried out by the tax office, while firms where the state owns over 34 per cent are scrutinised by the independent Supreme Audit Office. Copies of bank audits must be delivered to the bank board of the National Bank of Slovakia, which can then study risks identified in the reports. Audits of insurance companies are given to the Financial Markets Office, which does the same.

The tax office, which has the broadest reach, can fine companies for flaws in their audited figures. The company may then sanction the auditing firm if serious problems are found by the tax office.

"But generally the tax authorities here do not check accounting very deeply, and this should be improved," Bošeľa said.